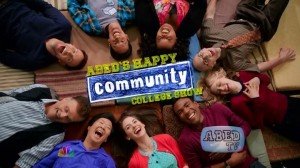 Remember when we met four years ago? It wasn’t the most memorable. After all, it took a while for us to be friends – in fact I’d quickly forgotten about you after the first time I met you. Meeting you again in San Diego in 2010 really changed my opinion of you, I’d discovered a heart that I didn’t know you had in the short, 20+ minutes we’d first spent together. And you rapped for me! How cool was that? I was so wrong to focus on other friends at first.


After that , we were like best friends, thick as thieves – in fact I fell in love with you. All my friends were happy when that happened – they too saw something amazing within you, and like that, you were my number one. We had many happy years together after that, where we found so many things we had in common. (Inspector Spacetime! Imagine that! You knew about him too?) You shocked me constantly by getting into all kinds of the geek stuff (you knew I couldn’t get enough of that) – your love of film, of genre television, (even gaming!) and how much you were willing to wear your heart on your sleeve. I guess I saw a lot of myself in you – someone who sometime needed a Dreamatorium just to stay alive.

We’ve shared so many moments together. So I have to admit that I was afraid I’d never see you again after last year, when you had to go on break after having irreconcilable differences with your best friend Dan. Maybe it’s just me. I liked it when we hung out together with Dan, but things didn’t work out – something about your parents not being cool with it – and you just went away for a while, to sort things out. I was always here for you, of course, and so here we are now. I’m happy to see you back again, of course, like all old friends, but something just had me really worried. I mean, you and Dan go way back, so it really had to hurt for you.

I guess I should just blame myself for hoping – I’d heard rumours about how you’d changed, your cool new friends with the hipster glasses. And when you finally decided it was time to meet me again you wore a smile of an old friend. I was excited! I couldn’t contain myself, even though I wondered how losing your best friend was like, or even after others had said that you’d changed. Hope was my opium and I had my fingers crossed. I … Wanted to be proven wrong.

After getting to spend some time together again, as it was time to part just for a week or so, you saw my face. I could tell you were a little worried about what I thought about the new you. After all, you went around and took advice from others on what to do before meeting me again, when before that you’d have quite confidently known what to say. But spending time with you and your glassy eyes – we both know things weren’t the same. In fact – you’ve become your own worst nightmare.

So … Yeah. It feels like you’re an old friend who I no longer have anything in common with. The awkward dinner (with Andre) that’s more pregnant memories than conversation. Your forced smiles and you constantly jostling me: “Remember? remember when things were cool?” It just feels like I don’t know you any more. You act like yourself, but … It’s all an act, isn’t it? I mean, it was still kinda cool to spend some time with you, but I guess people change. Maybe I changed.

It’s been a grand romance. In those three years you challenged me, surprised me. You didn’t just give me what I wanted, instead, you gave me what you thought I should like, and my life was enriched because of that. But now, when I see you, I feel sad – waving at me, calling for my attention, asking if I remember, if I remember.

I remember, and that’s why it hurts.

P.S. While I was writing this, I went through the old photos we had – the point where I first fell in love with you. And you know? It really, truly breaks my heart. Maybe if I never knew you I’d have been better off. But no. No.

Rating: “It was a bright cold day in April, and the clocks were striking thirteen.”