Netflix is working on anime based on the Pacific Rim and Altered Carbon, the company announced on Friday at its “See What’s Next: Asia” showcase in Singapore. The two titles join another 17 new Asian original productions from Japan, Taiwan, Thailand and South Korea. Anime based on a Philippine graphic novel, as well as a new anime by Koichi Chigira, were also announced.

Craig Kyle (Thor: Ragnarok) and Greg Johnson (X-Men: Evolution) will be co-showrunners of the Pacific Rim animation. The new show will expand on the first two live-action movies, and follow two siblings – an idealistic teenage boy and his naive younger sister – who are forced to pilot an abandoned Jaeger across a hostile landscape in a desperate attempt to find their missing parents. The show will be produced by Legendary Entertainment.

Meanwhile, Altered Carbon will be written by Dai Sato (Cowboy Bebop, Samurai Champloo) and Tsukasa Konda, with animation by Anima. The anime feature will be set in the same universe as the Netflix sci-fi series, and will explore new elements of the story mythology.

Netflix also announced other animation projects, including Cagaster Of An Insect Cage, directed by Koichi Chigira (Last Exile, Full Metal Panic!). Based on the manga of the same name, the series is set in a post-apocalyptic world where a mysterious disease “Cagaster” turns people into giant murderous insects, and follows the struggle of a young couple to stay alive. Animation studio Gonzo will be behind this, so you know it’s gonna look great.

Meanwhile, Yuri On Ice and Kakegurui studio MAPPA is set to animate a new series, Yasuke, by LeSean Thomas (The Boondocks, Cannon Busters). Set in a war-torn feudal Japan that has mechs and magic, Yasuke features a retired ronin who must take up his sword again when he is charged with transporting a child who dark forces want to eliminate. Sorry To Bother You star Lakeith Stanfield will voice Yasuke, a character based on the historical samurai of African origin who fought with Oda Nobunaga.

Finally, Philippine graphic novel Trese will get an animated adaptation. Created by Budjette Tan and Kajo Baldissimo, and Jay Oliva (Wonder Woman, The Legend Of Korra) is executive producer. The series will be produced by Shanty Harmayn and Tanya Yuson at BASE Entertainment, a studio based in Singapore and Jakarta. Trese is set in a Manila where the mythical creatures of Philippine folklore live in hiding among humans. Main character Alexandra Trese finds herself going head to head with a criminal underworld comprised of malevolent supernatural beings.

Netflix is set to announce even more stuff at its “See What’s Next: Asia” showcase. Stay tuned! 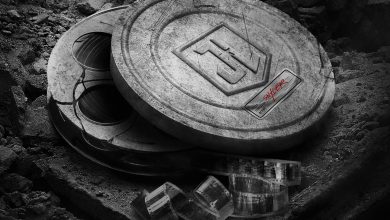