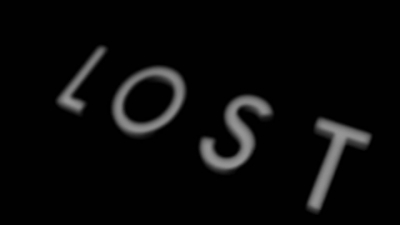 And so it ends – 6 years, 121 hours, and immeasurable memorable moments in Lost. It feels like Lost has been around for a crazy long time, and yet it also feels like it was just yesterday that we saw Greg Grunberg being ripped from the cockpit of Oceanic 815. Lost came at a time when a new wave of big budget high concept shows shows were just beginning to hit the airwaves, and it was pretty much the gamechanger, opening the door to other shows like Heroes, Fringe and Flash Forward, all of which owe Lost a measure of gratitude. Not many shows would dare to announce in the middle of the entire run that they were planning to end in 3 years time – but Lost did just that, and daring to do so was something unexpected in a day when some series can just go on and on (Smallville), and that brave willingness to draw the line (ignoring profit) definitely set Lost further apart from the rest. Not to say that everything was perfect – the show was definitely full of ups and downs even towards the very end, and let’s not forget that for every Sun and Jin we had Paulo and Nikki. It’s been a crazy, crazy ride, and below we hope we do it justice.

I guess we should start by really deciding whether we liked the series finale – all 1 hour and 44 minutes of it. And I think on my part… I did. There was tons of great tear-jerking moments – even if we could have seen it from a mile away. I didn’t actually shed a tear, but I know quite a few did – the episode was a huge emotional rollercoaster and if you were looking for emotional payoffs you got it by the truckload. It was really just amazing to see everybody appear and reunite once more (save for a few.. like Walt and Michael) but in the end I did feel like I just needed a bit more.

Lost is SUCH an icon, such a phenomenon and such an event that I’m not sure if it could ever have ended without us fans feeling like something was missing. As mentioned, this has been 6 years. It has been slightly less than a quarter of our lives (some more, some less for the rest of you out there) and it has factored heavily into what it is.

I’m not denying the fact that there are bits that we still don’t know about. What IS the island? What is the light? So on and so forth, but I think really, Lost isn’t about what the island is about, but is about the characters that inhabited it

Yeah, there’s a lot we don’t know about. If you were to run through the entire series with a fine toothed comb the sheer amount of questions that have been unanswered or plain ignored with be countless. And that’s definitely how Carlton Cuse and Damon Lindelof want you to look at it – as a study in character rather than everything about plot and the island and the mysticism of it all. While there were winks and nods to some questions we had (like why Kate was crossed out), everything else was sly sidestep – “the questions you’re asking? They don’t matter.”

Direcow said something about this inspiring scifi TV series like Heroes and Flash Forward, but I think there’s something fundamentally different about Lost and about everything else. Lost has always been more concerned with character development, and I think the rest have been shallow shells of what they thought Lost was. Lost is not a science-fiction series, just like Dr Who isn’t. And just like the TARDIS, the island is a delivery device, a stage for us to laugh and love about the characters that inhabit that stage, to learn a little bit more about them, and maybe to learn little bit more about ourselves.

I think there lies the flaw for those trying to copy Lost – it’s definitley going to fail when all you worry about is what the next plot twist is or when the next jaw dropping moment is. Flash Forward tried that and things stopped making sense after a while. We were enthralled when Lost was full of huge moments at first – who can forget the hatch lighting up – but if you would chart the progression towards the end those moments became fewer and further between. And it wasn’t a bad thing! We had enough questions just waiting to be answered and by then were more than willing to be brought along for the ride.

And a thing about the characters in Lost – all of them coming in alone, broken in some way or another, and each of them trying to find redemption, whether they knew it or not. But when I think about it, these characters never really evolve, right up till they’re about to die – Sayid the killer was always the killer until he killed himself to save everyone – and even in the flash sideways Sayid couldn’t escape his basal instincts. Is there no redemption for him? For Sawyer and Kate any changes in their worldview and life seems, if anything, extremely subtle. Of course on the other hand we have Jack who’s from the believer in science to the believer in faith, which makes him the logical choice for Jacob 2.0 – but for a show focusing on characters, these characters don’t actually change much.

I have to admit that the best bits of Lost were somewhere in the beginning and middle, where they didn’t have so much continuity to pull around, but at the very least there was some sort of ending. There were bits that I didn’t care for in the last season, like Sayid. He seemed to be more identifiable in the earlier seasons than this smoke-monster puppet thing.

Strange, really, considering they did have 3 more seasons to start wrapping things up instead of creating more potential continuity issues.

As mentioned, there’s so much greatness in the universe of Lost that I don’t think there could have been a way for them to have wrapped it up in any way that could have felt good enough for everyone. All i’m glad for is that in Lost, there were times of such joy, there were times of such despair, there was such love and there was such loss. I don’t think I’ve ever cried so hard at a show before.

Yes at the end of the ride I feel a bit enh, but as I said they had such dizzying heights that I don’t think sort of ending could have felt satisfying. Like a really good rollercoaster that you step off wishing it didn’t end by coasting to a stop. But, extending the analogy, you know it couldn’t have ended any other way, and you know that extending it any more would have made it feel worse than it did (just like many other series out there)

And I think the writers were in a catch 22 – how could you try to explain anything satisfactorily? Any way you cut it it’s going to be a cop out – some group is going to be disappointed and be very vocal about it. It’s nice to see that the writers have the freedom to not just end the show on their timing, but also their terms, instead of bowing to fan pressure.

Really, in a place full of dead people and smoke monsters, of weird inexplicable light, did everyone think that everything would be answered? Maybe Lindelof’s and Cuse’s biggest mistakes (if you could call it that) was make Lost such a rich tapestry that there was no way but to feel a bit short changed.

And we do feel short changed – but not to take away from the episode itself, which almost felt like the finale of The Amazing Race where everybody meets at the end and gets to hug and shake hands and congratulate each other for finishing the race. 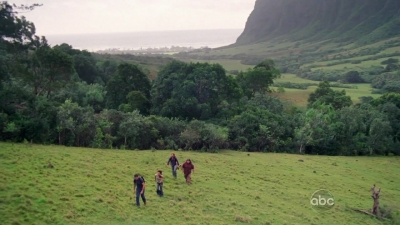 I was wondering though, casting and hiring (i.e. real world) issues aside, how they chose the exact group of people to be in that church when it all ended? Micheal and Walt’s missing, but Shannon, Boone, Rose and Bernard are there. Libby is there, but Ana Lucia didn’t seem to be… and we have Desmond and Penny, but I don’t seem to recall anyone else. And where’s Eko? Or Abaddon? (Turns out Eko turned down the offer to return)

I think that with all the betrayals, Walt and Michael have their own soul searching to do. And the rest were probably considered by the writers as to be not part of the ‘core’ group that we have identified with.

I were to continue the Dr Who comparisons, Lost probably doesn’t stand up with the stick poking as much either, purely because that’s not what we should be worried about.

Yeah I guess – they’ve sadly been forgotten for a while, but, like Ben, maybe they would’ve been in that church if they had a bit more character development… it’s hard not to leave some behind.

They could have definitely streamlined some parts of the last 3 seasons, given that they knew it was going to end. I don’t know what they should definitely cut off the top of my head, but I definitely feel that since they didn’t want to answer what the island was, reminding us that those bodies were Jacob’s step mom’s and brother’s seem largely unnecessary. It did introduce the light to us, which was important in the end, but…. well.

I do think that I can happily afford to forget the last say 2 minutes of sideways time and not ‘know’ where they’re heading off to. And imagining jack’s death as the end of the show.

It’s definitely strange to have all the religious imagery pay off in the then Church of All Religions (except scientologists?). I wonder if they were being clever by having Christian Shepard stand at the stained glass window (the weirdest one in the world in perhaps the weirdest room in the world) with the light shining out in rays past his head. Maybe this is a close as they’d let on as to where they are… some form of multi-coloured heaven?

Yah. Too heavy handed on the religous symbolism. I would have been perfectly fine not having the sideways time being explained. 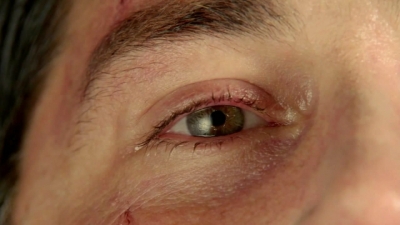 But what a way to bookend the show, to end the series, to bring everything to a close. The bamboo grove, and the closing eye, the Ajira flight safely flying past. What a way to go. And I don’t think we’ve even covered 50% of all the awesome the final episode gave us, not to mention all the awesome the entire series did. There’s just too much to say.

For all its flaws, Lost has been a grand ride, and I don’t think I would have it any other way.

Lost gave us an end that could’ve been better (I myself am not a fan of the dream/vision/purgatory route), but it also gave us great beginnings and middles, so all in all, I still say that I’m a Lost believer.