He was a soap opera star and a sitcom star before he landed his first lead role in 2001, as Captain Malcolm Reynolds on Firefly, never realising that it would change his career forever. Today Nathan Fillion plays another lead role in a television series, this time the titular character of popular dramedy series Castle, which began its fifth season earlier this week. The show’s ongoing success is undoubtedly due to the overwhelming popularity of the charming, charismatic actor, but should come as no surprise to fans of the self-proclaimed geek.

Over the past decade, Fillion has embraced his crucial role in making Firefly the cult phenomenon that it is today, arguably more so than any of the other cast members. Despite the popularity of his hit show Castle, Fillion has not for once tried to distance himself from his earlier role. In fact, back in 2009, on one season 2 episode, Richard Castle (played by Fillion) decides to dress up as a “space cowboy” for Halloween, the most obtuse reference to Firefly yet.

And in an extended meta riff, Castle’s daughter Alexis (played to perfection by Molly Quinn) points out that he last wore the costume “five years ago”, which is a reference to the 2005 movie Serenity, which completed filming in late 2004. Shiny!

Indeed, the former Two Guys and a Girl star has endeared himself to his many fans around the world with his genuinely nice guy, geeky attitude that comes across so strongly no matter what you catch him in, whether it be in person on the red carpet at a glitzy Hollywood event, or in a little drinkhole after-party during San Diego Comic Con weekend. In fact, despite shooting a 24-episode season of Castle each year, the man still keeps his geek cred updated in several ways.

He appeared as The Holy Avenger in Super, a black comedy superhero movie directed by James Gunn. He also voiced Hal Jordan aka Green Lantern in two animated films under the DC Universe Animated Original Movies banner. Yet these roles pale in comparison to his surprise cameo appearance in the fifth season of geek webseries The Guild, playing himself in the sixth episode, “Revolving Doors”. In fact, the whole season was filled with geeky cameos, but to have an A-Lister like Fillion take time off really says a lot about the man.

As an aside, Fillion’s gorgeous leading lady on Castle, Stana Katic, with whom he shares a sizzling onscreen chemistry that has led fans to endearingly refer to their characters Richard Castle and Kate Beckett as CasKett, is also no stranger to the geek culture, though with arguably less success than Fillion. She first caught my eye as Hana Gitelman, with the superhuman ability to intercept and interpret electronic signals, in the much-maligned series Heroes. She then went on to act as a rookie cop in The Spirit, a movie written and directed by Frank Miller based on the legendary Will Eisner’s seminal comic strip, but was a critical and commercial flop. Not everything was a disaster though – she also voiced Talia Al Ghul in the hit video game Batman: Arkham City.

But back to Fillion. The 41-year-old actor is not resting on his laurels any time soon. Earlier this year it was reported that the geek god would be playing the role of Greek god Hermes in Percy Jackson: Sea of Monsters, a sequel to the 2010 film, which should keep him pretty busy till next year! Not that anyone’s complaining. Nathan Fillion is one of a kind, and we hope he keeps getting paid for being him for a very very long time.

From geek gods to geek goddesses – tune in next week when we profile Morena Baccarin, who currently stars in the Emmy-award winning Homeland. 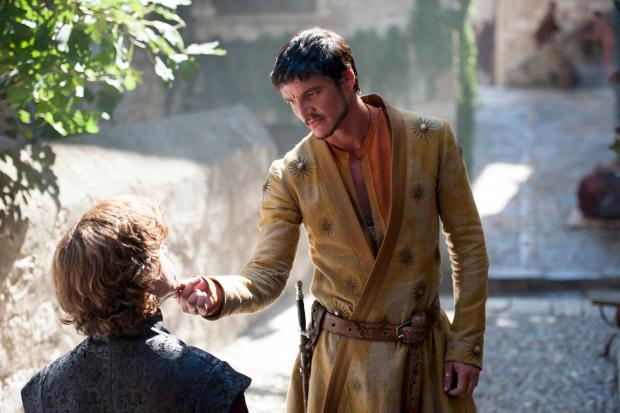