A little less than a year ago, I started prepping submissions for the Privateer Press Masters competition at Gencon 2010. Considering Gencon was half a globe and more than a thousand dollars away, it was my first, and possibly last opportunity to send something in. Which made me want to do something special.

I came up with an idea- Vlad’s warjack Drago was named after his ancestor, and in the book is a heavily used and well-worn jack. But what if it wasn’t? What if it was still a great melee beast (and I don’t meane Beast-09), but Vlad liked to keep it in a perfect condition, as befit an ancestor he honoured? What if he wanted to express some sort of loyalty to Drago? And thus the ‘Dragon of Khador’ (A modded berserker with double executioner axes like Drago) was born. 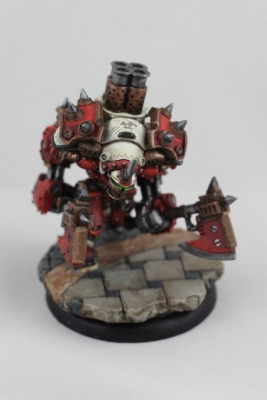 The idea is that the Khador insignia above is a play off the original Khador emblem. The dragon’s head signifying both the name and the might of Drago, as well as the fact that ‘the Dragon of Khador’ is only but an extension of the nation. You’ll notice that the emblem’s going to be on each of the models. This was supposed to be submitted as a battlegroup to the masters, featuring a ceremonial and restored Drago, epic Vlad, as well as a Spriggan. Unfortunately what with time and everything, I only got to finish Drago, and I ended up only submitting in the Warjack category. 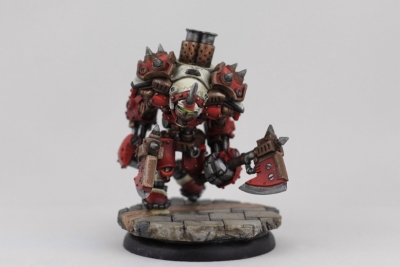 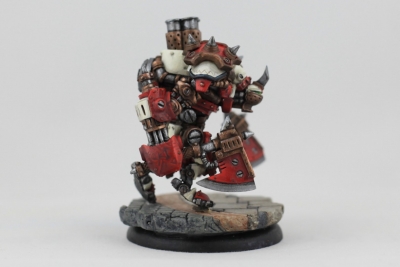 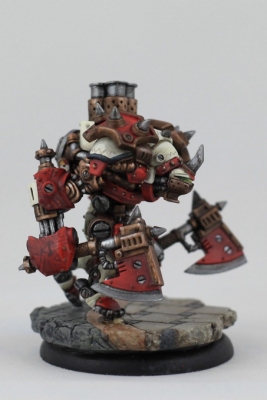 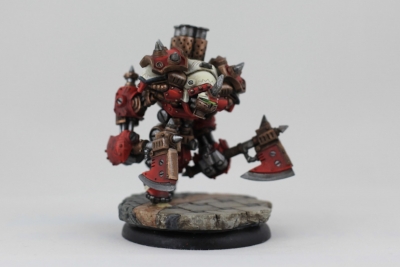 Just as well though, with Tom Schadle’s Irusk in the Battlegroup category and Adam Huenecke’s Warhog in the jack/beast category it would have been an uphill battle to begin with. Still, I’m glad that I placed, winning a gold in the Warjack category. Sadly, I never got the Spriggan past primed, and eVlad has been languishing in a half painted state ever since Gencon.

It just so happened though that last month Lost Hemisphere has a contest for Warjacks and Warbeasts. Nothing huge, just an excuse to paint models. And I figured I should actually finish that damn Spriggan. And so… 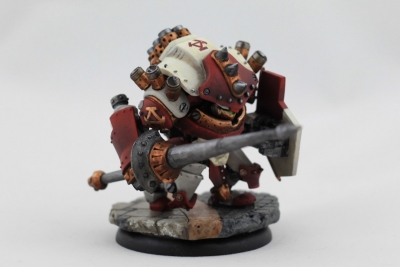 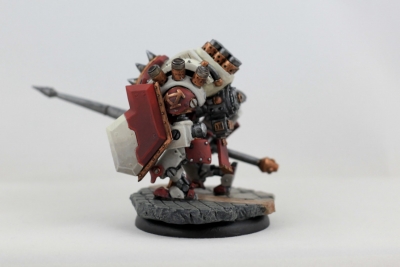 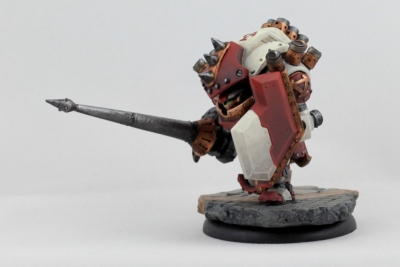 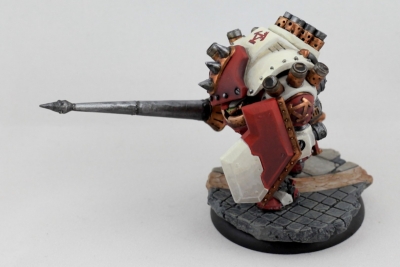 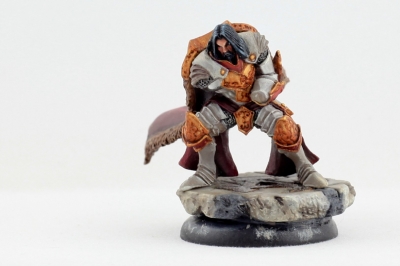 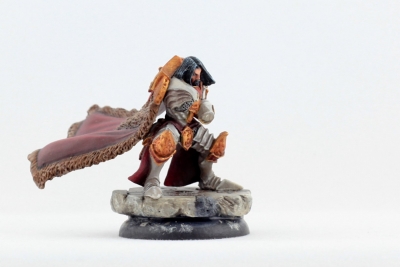