Most of the orks in my army with power armor would be painted grey, true to the Bruvverhood of Steal’s namesake. I was looking around for some good power armor for orks, and someone told me to check out Black Orks. I can’t remember if it was someone in my LGS, or from the-WAAAGH forum, but I did check it out and it worked perfectly well. 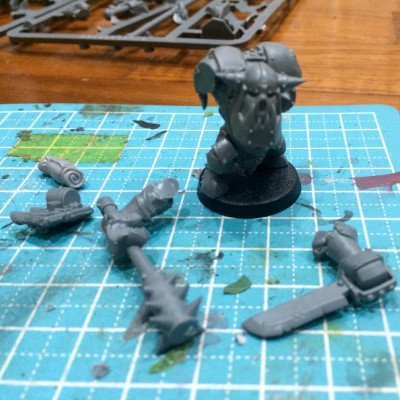 These are supposed to be possible stand ins for Grey Knights, plus I wanted to make sure the Orks had both melee and ranged weapons (depending on how I wanted to field them), so I have them all stormbolters by cutting off shootas and green stuffing it to them like a gauntlet. I also tried to see what would be a good backpack. The first iteration was using the engines from the killa kans. 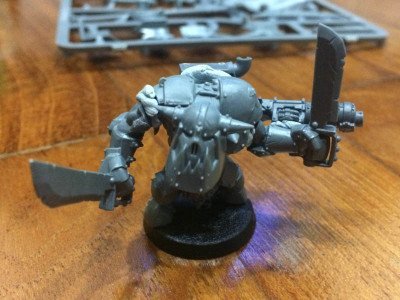 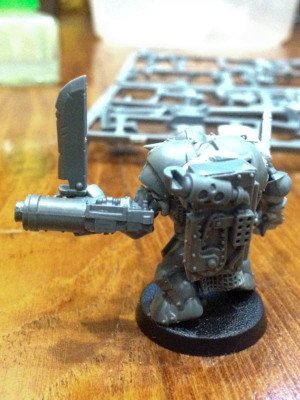 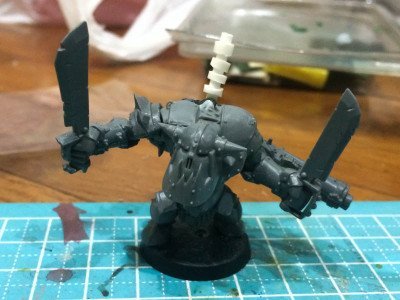 I wanted a variation of all the different weapons, so I used bits from the Black Ork as well as Nob sprues. 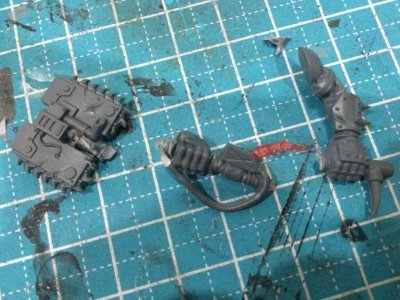 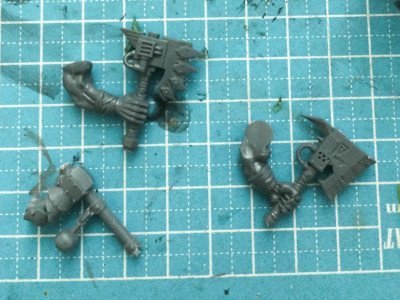 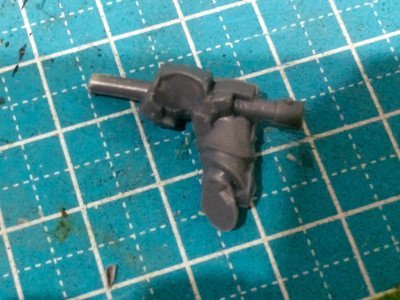 There was a lot of cutting and repinning for all the weapons swaps. I have a lot of empty arms and no idea what to do with them right now. 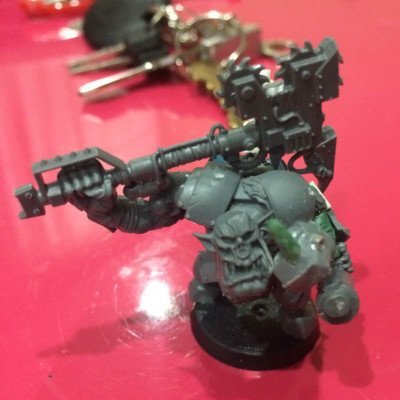 I am particularly happy of my Ork Nob, who has a big choppa and is sticking up his finger in a ‘come and get it’ sort of pose. I had to pin his hand and green stuff a finger to get that. 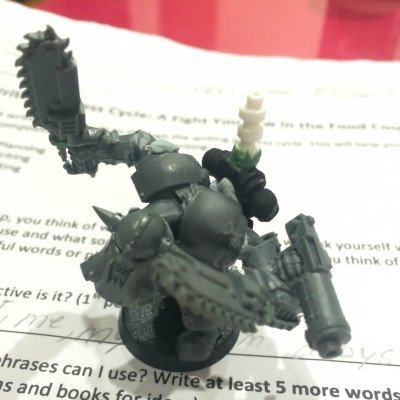 Also happy with the ‘ripper’ Ork. He’s dual wielding rippers, which were the close combat weapons of choice in fallout. 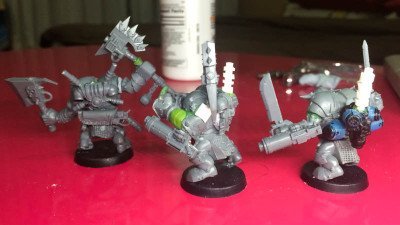 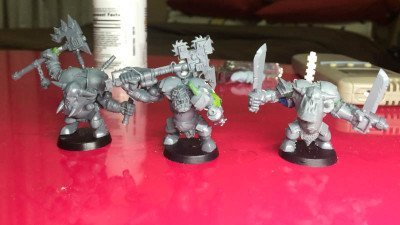 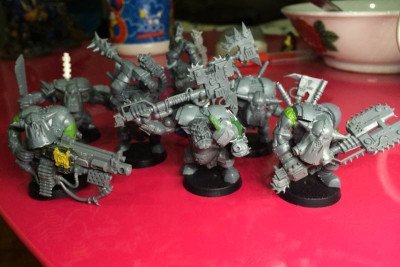 If you notice, some orks had their arms greenstuffed rather than kitbashed, because I couldn’t find any armored arms that fit. I also cut down all the tusks in the Black ork models. I wanted the helmets to look more like power armor helmets, and cut down, the tusks look a bit more like rebreathers. Next up, paint. 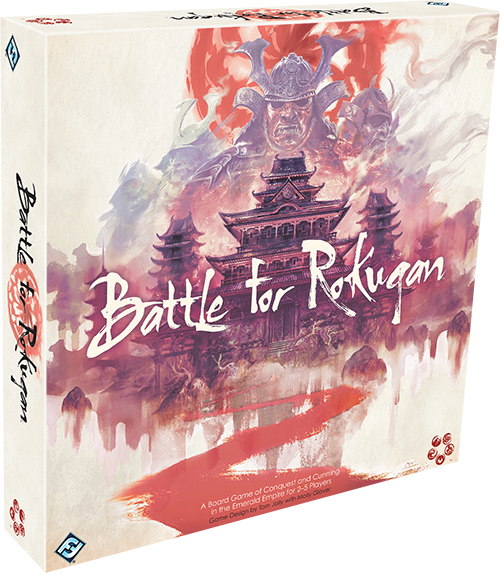 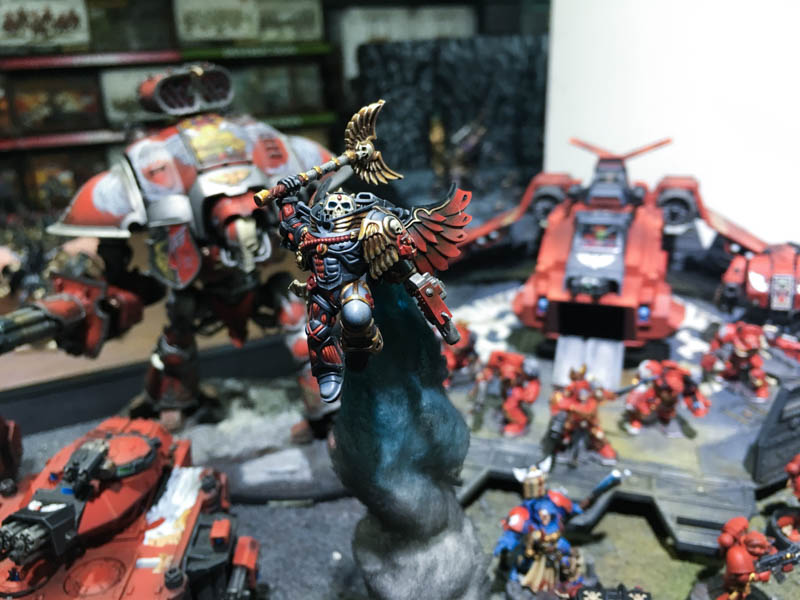