On to my second dreadknight. I did not have a specific look for this dreadknight, so it was more of rummaging through my bits pile and trying to see what would work best. I did a mix and match of quite a few ‘heads’ as well as body pieces. A couple of dry fits to see how it looked. It was okay at this point in time, but I wasn’t loving it yet. However, I decided to move on first. 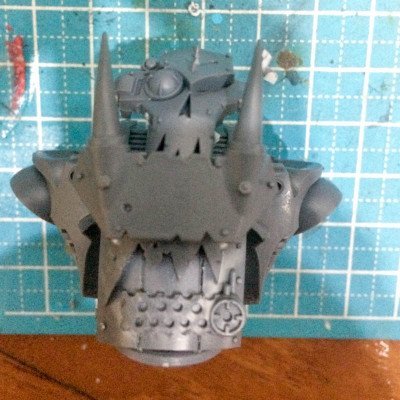 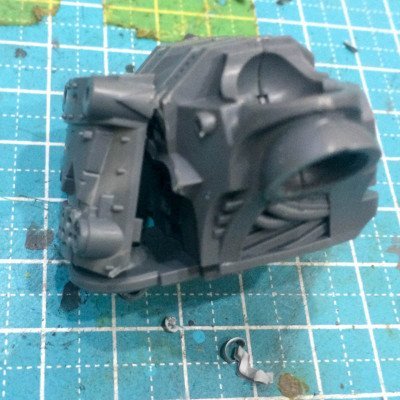 The killa kan body fit this dreadknight, but it gave it a weird pot bellied look. It was also pivoting at the wrong spot. 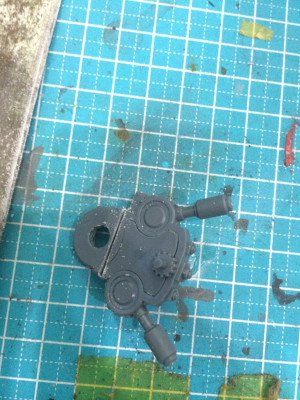 I cut down the front part of the dreadknight waist pivot point. 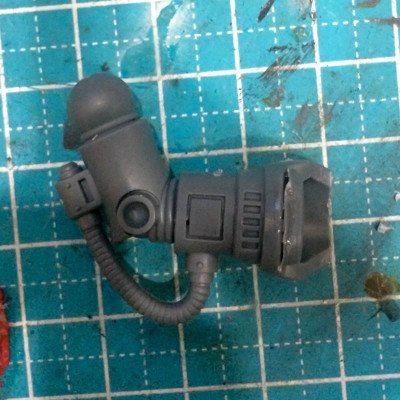 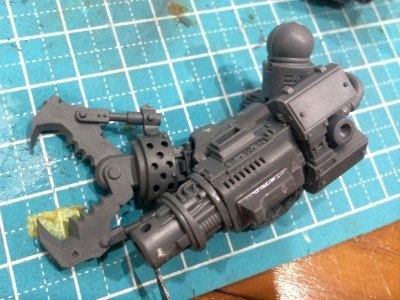 I would also use one dreadknight arm, and another deff dread arm. However the deffdread close combat weapons did not fit into the dreadknight arm very well, so I enlarged the hole and also chopped off the wrist guard to allow a better rotation. 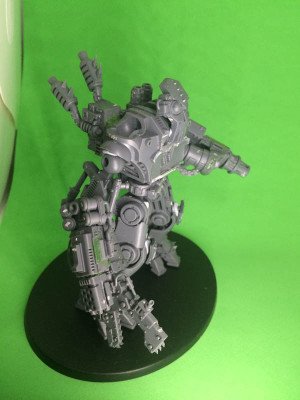 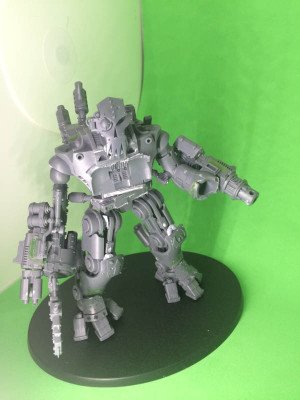 A few more dry fits. I left off the killa kan chassis because I did not like it, but I had yet to find one I really loved. 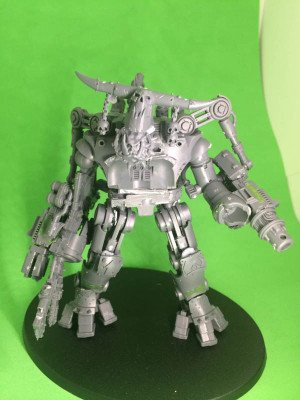 I even swapped the head to see if it worked. 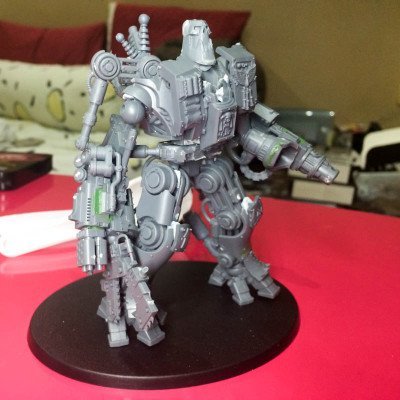 And swapping the killa kan chassis for a dreadnought one. Didn’t work. I mean, it looks good, but it looks more like a necron or Imperial walker than it does an Ork one. 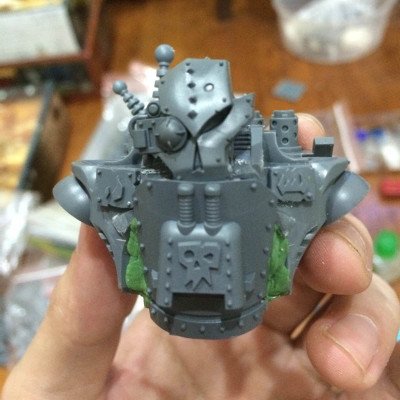 It’s only when I used the fuselage plate of the Dakkajet that I felt it ‘clicked’ to me. After that it was real easy to put together. 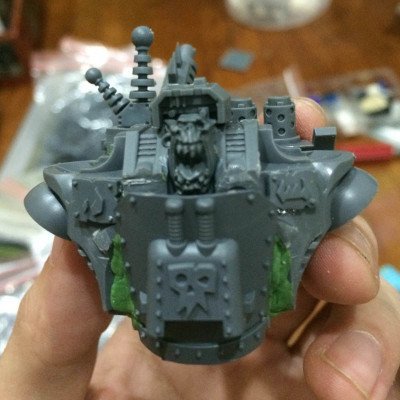 I even noticed that the faceplate looked more like a visor than an actual head, so why not put a proppa ork pilot head behind that? You’ll notice he also has KFF glow bits on the engine behind him, again either as a KFF or as a tellyporta.

Next, to put a hinge on that faceplate so it would actually work. I cut off the side of some plasticard I-beams I had lying around to turn it into a ‘C’ beam. The ‘C’ beams would attach to the faceplate with pins and greenstuff and also be magnetized. A corresponding pair of magnets was also placed in the dreadknight to act as the hinge. 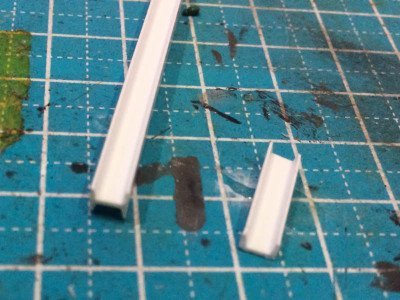 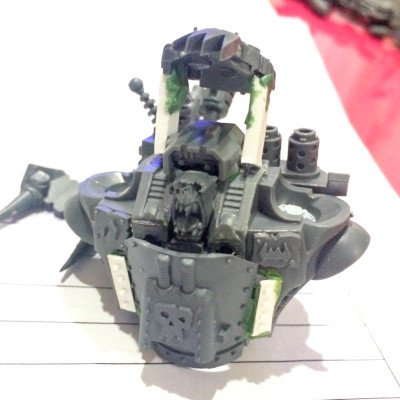 Some random armor plates and rivets, and it was done. 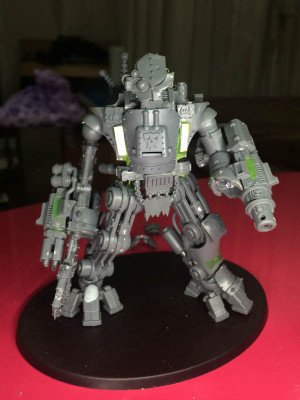 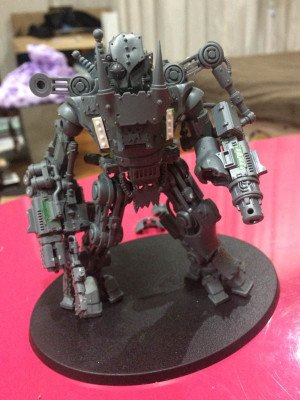 Looks good so far, on to paint!