My Orks are known as the Bruvvahood of Steal. A fallout-themed army, they were Deffskull and Bad Moon Orks who were lucky enough to find a pre-heresy Adeptus Mechanicus technological treasure trove and looted it. Strangely enough, while they adapted the tech that they found, there were also adapted by it. Incidentally, the vault dweller colors are a fortuitous blue and yellow, and if some clans had some tech, it would naturally be the ones who could afford it, or the ones who could steal it.

I was also inspired by GMM Studios (with his amazing Keep Calm and Carry On carry case), and I wanted space inside to be useful space, space that I could store at least some miniatures. However, rather than just a picture behind, I wanted the back cover to be a continuing visual representation of the diorama in the front. What better visual representation than the door of their vault, carved into rock? 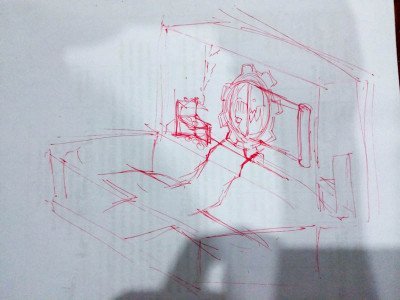 At first I thought that the army’s icon would be an adaptation of the Adeptus Mechanicus logo, which is why I sketched this us, but after a while I realised it wouldn’t make sense, and I would go with another look (which you will see later). 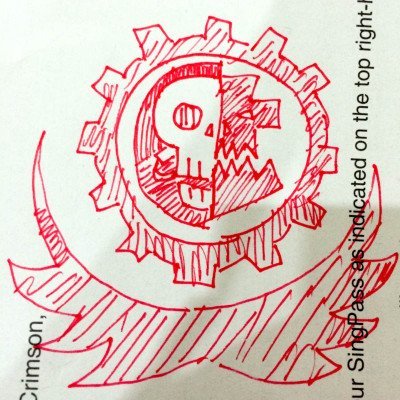 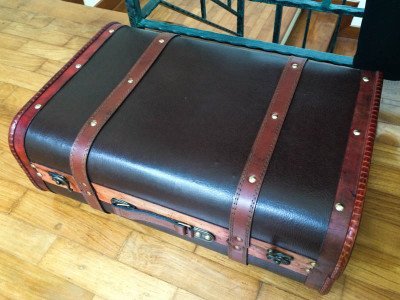 Here is the suitcase I decided to use for the diorama. It’s a cheap knock-off, but sufficient enough for my purposes. 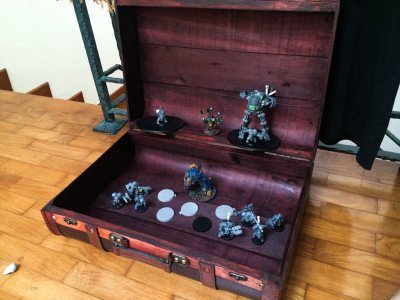 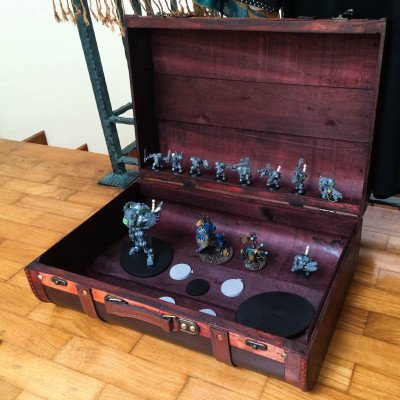 Some random fitting of bases to run through some display possibilities. I could definitely not fit many bases into the back wall area. 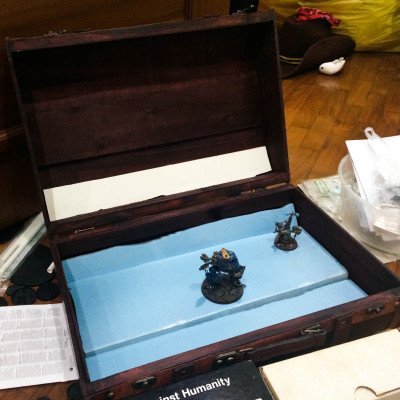 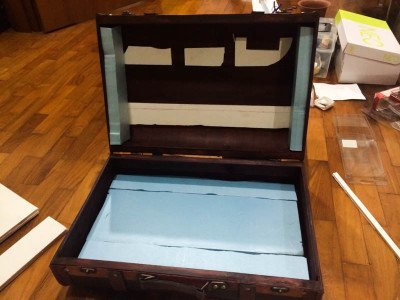 The same foam and foam core would also be padding the top cover (back wall when opened) to make a flat surface for the carved rock wall to be. 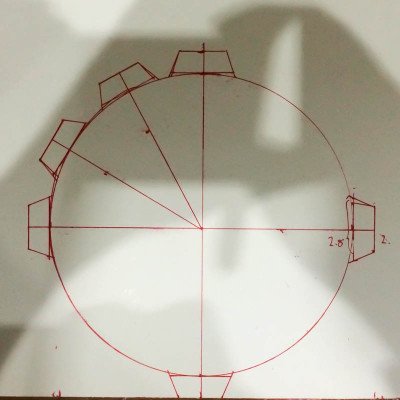 Fallout vault doors are that cog-shape, and I liked it because it also harkened to the Ad Mech logo. I started measuring the diameter of the door that I wanted, then drawing in where all the gear teeth would be. I would have to be precise, because I was cutting both the door and the wall from the same piece of foamcore. 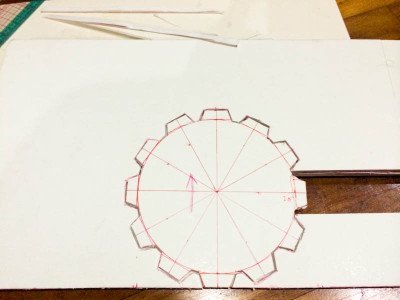 Then I started cutting up some more insulation foam to make the back cave walls and ceiling. 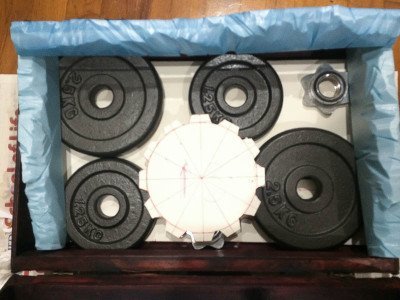 Dry fitting the walls and ceiling while I was weighing down the layers so the glue would set properly. 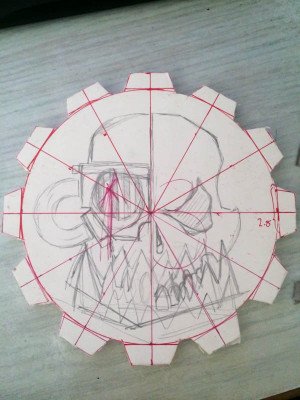 And back to the icon on the door. As mentioned earlier, I realised the Orks wouldn’t adapt the Admech logo. It was too elegant an option. No, they’d just rivet an iron gob on it!