Crap. I’ve painted the Stormwall for so long and haven’t blogged about it yet? *checks watch* Well… looks like I can afford to procrastinate from work a bit more, so here goes. 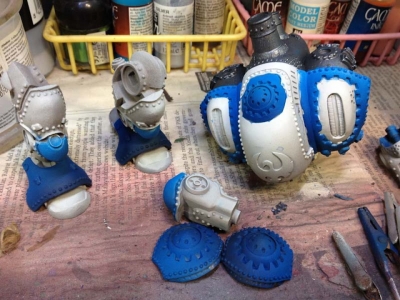 I’ve realised that with the airbrush, you can only do so many colours on the same model. Monochromatic colour schemes are best, maybe with the odd splash of colour. I’ve only managed to do two, mayyyyybe three colours (with highlight etc) via the airbrush. Any more than that and it just becomes too much work to be worth it, in spite of the smooth layers (see my Battlewagon as a case in point). 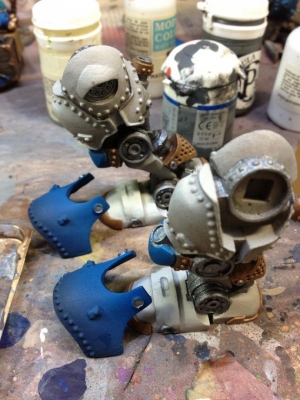 Even with something as Colossal (haha, pun!) as the Stormwall, I ended up only doing 2 colours. Most of the metals were still hand painted on. It would have been a lot easier if I could have split up the Stormwall into even smaller pieces (for example if the side shoulders were seperate) but you work with what you have. 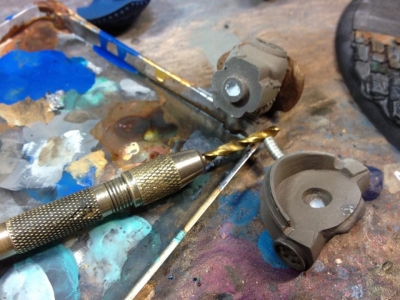 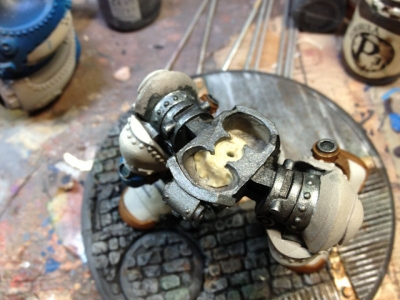 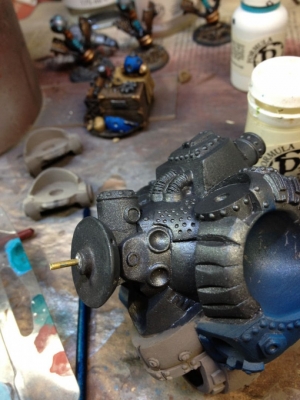 I magenetized the hands and the over the top cannons (they kept on falling off otherwise). I also pinned the legs and the torso in the hopes of being able to have it swivel, but it ended up chipping too much paint so I had to glue it down to keep it in a static position. Even then the hip joint seems a liiiiittle bit loose. 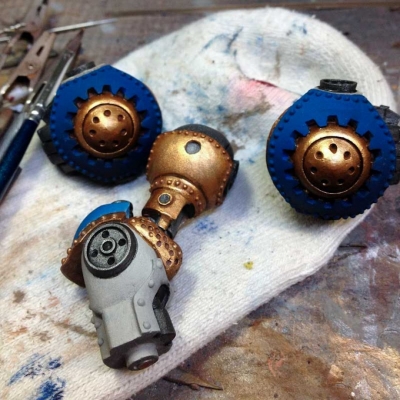 After that came the metals (with requisite shading an highlighting), then the electric glows, and some OSL. 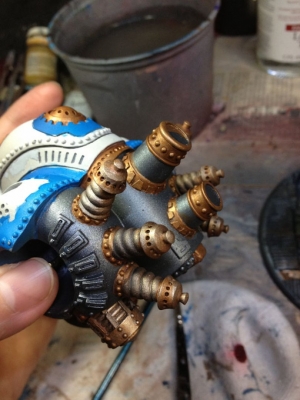 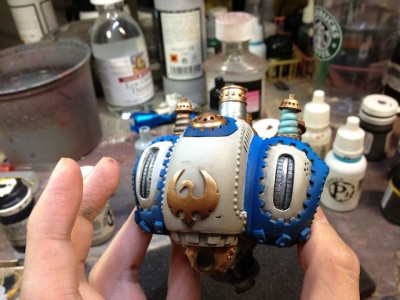 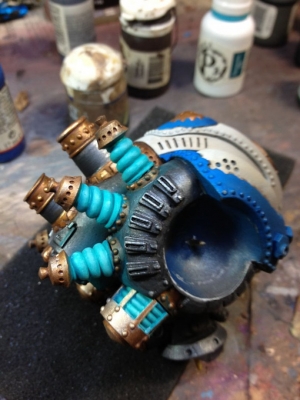 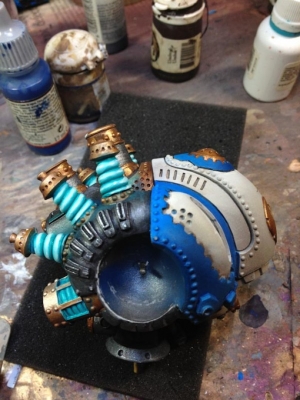 And here it is with some of the sub-assemblied constructed… 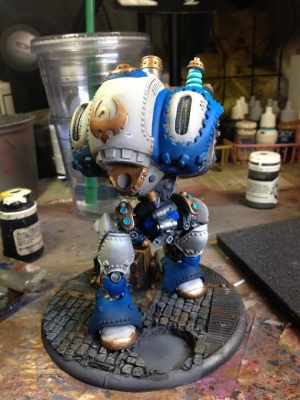 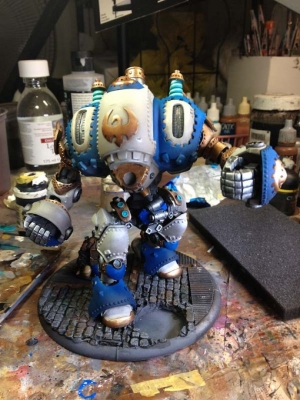 And the full Colossal with some of his other lightning powered buddies! 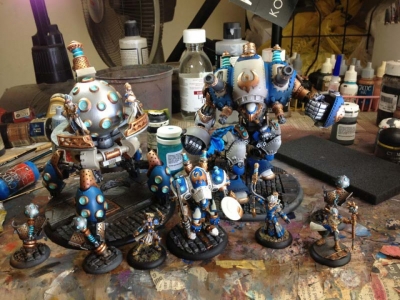 Hope you guys like the very late final installment of the Stormwall. I think imma rest my Warmachine painting brush in favour of some other things… 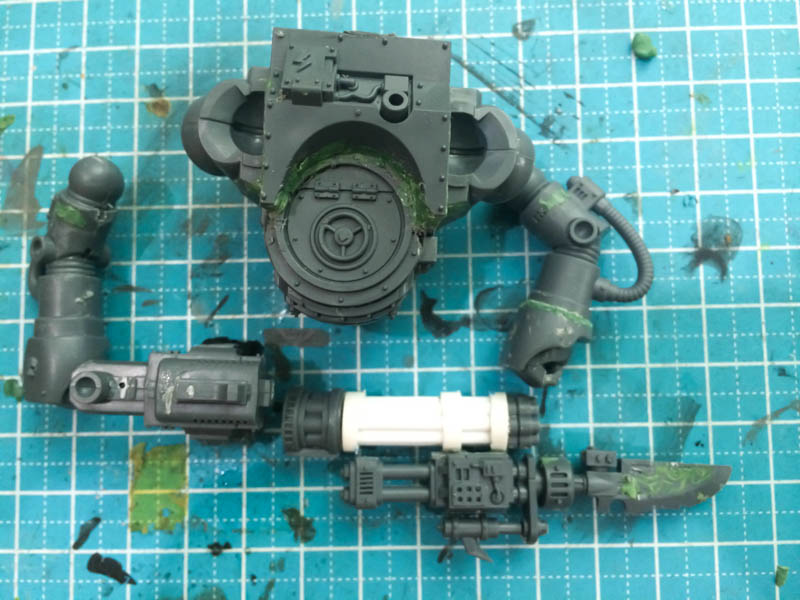