That’s right folks! If you haven’t been following our Twitter feed for random mentions of Spore-Con, here we make it official – the biggest analogue gaming extravaganza in Singapore is here today and tomorrow (May 26 and 27) at the Pasir Ris East CC!

Spore-Con is once again back in the place it’s called home for a few years now – and this time its bigger than ever before. Just trying to fit in everything in this single blog post isn’t going to cut it, so I’ll just highlight some of the interesting events (not to say the rest aren’t interesting), and as for the rest, you can check the list of tournaments, talks, demos and other events at the various links. Also don’t forget to check out the special guests, including Sonny Liew!

First up: You have got to check Kakita out as he tears his hair out while organising the Warmachine tournament. In fact, this might be the last time you see him with any hair. 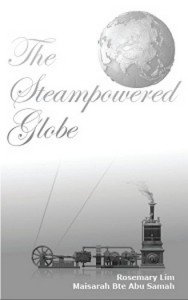 But the big thing would be the talks, such as the one today from 11am to 2pm about creative writing by the Happy Smiley Writers’ Group with Joyce Chng and other very, very, very special people. They’ve done very well for themselves, having had The Steampowered Globe featured on io9 and Boing Boing so you cannot go wrong with this talk, especially if you want to learn more about creative writing.

We also think some of the game demos will be crazy fun this year, from Angry Birds Live! (live action Angry Birds), Monopoly Live! (huge-ass board) and NERF Games & Demonstration because … Sometimes we just want to shoot stuff.

So it’s the weekend – what do you have to lose? (Obviously, you do have a chance to lose a few games, but that really depends on you).