First up, apologies for missing out on last weeks’s (and likely this week’s) minis week in review: The entire HereBeGeeks crew is down in Comic con trying to understand the wonder of it all to provide you with the latest in geek news… that is if our heads don’t explode first. This post will also be very quick as we will barely have 3 hours to sleep before we get up tomorrow morning at 8am… 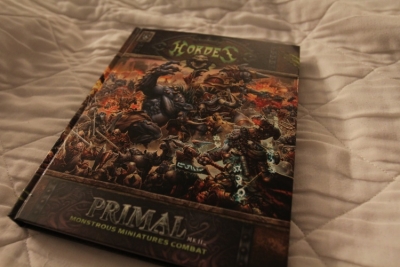 We were lucky enough to be able to attend the preview tonight, and of course the first thing each of us did was split up to find the booths we’d be crazy over. My very own was Privateer Press, and let me tell you that they did not disappoint. The crew were amazingly friendly to yours truly, and the new releases were definitely amazingly fun. 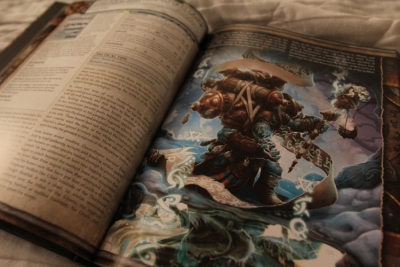 A quick review on Primal. As usual, the hardcover book is on point again. The fluff is riveting (hence the late nights), and art jaw-dropping. Andrea pleases yet again with amazing new art of the warlocks, and we even have some great new art on some models that people didn’t seem to like. 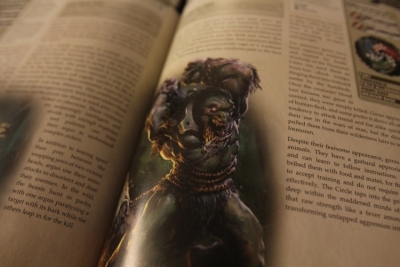 Primal, like Prime, is targeted at the beginning gamer, so they also have quick tips on painting much like in Prime. What’s new and useful though is that they mention what combinations of the basic techniques (washing, layering and blending) will be used to gain the various effects, which is a good way to get the new painter to understand what’s going on.

I haven’t had the chance to really go in depth in all the rules and stats yet, but all in all, this book gets a definite thumbs up from me.

Oh, and I also had the great fortune to be able to grab some new release/prerelease swag too! If you guys are interested… 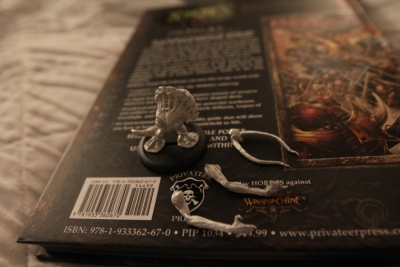 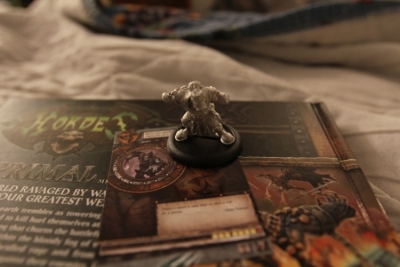 The Thrullg definitely looks great rules wise (and sufficiently scary model wise), and the troll skinner has a greatsculpt. I don’t know if we need more anti-hordes stuff but rest assured I will paint up and play with at least one.

Well, that’s the end of this really quick update. If you have any questions on the Thrullg, Skinner, or the book feel free to ask and I’ll try to check it up and get back to you guys!

Who's Your Daddy! (Part II)