I like red, as you know, but generally Khador also has a few other secondary colours; white, grey, black, as well as the gold/bronze and silver metals. Here’s a overview on how I usually end up painting my Khador. 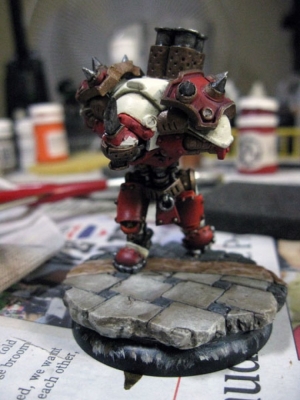 In this case because I’m going to have quite a significant amount of white we’re starting off with a white primer. Usually I prefer black (and I still do), because it’s a lot more forgiving if you miss a spot. 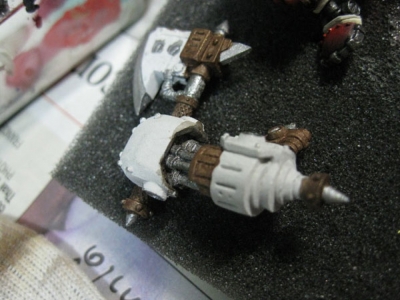 We start off with laying down the metals. The Dark Bronze is Brazen Brass + Battlefield brown to dull it down and increase opacity, while the silver is Gunmetal. 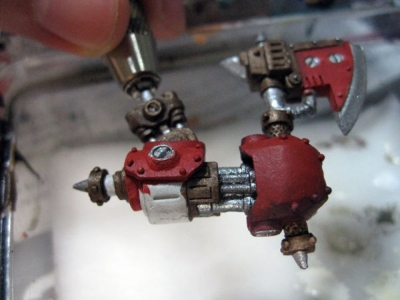 Followed by blocking down the reds (in this case Skorne red). 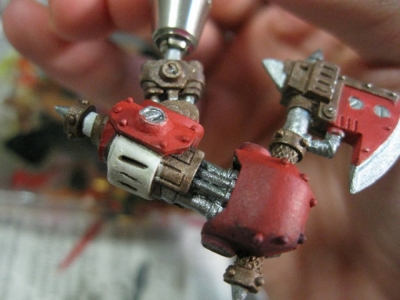 And the whites (Menoth White Highlight). 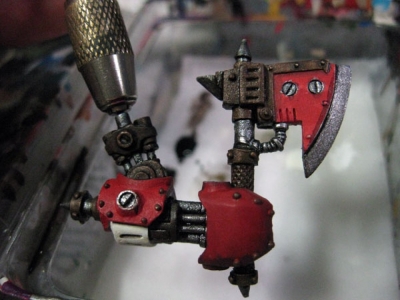 Now that the Basecoats are done, I proceed with washing and highlighting. The metals are washed first, as they’re generally the messiest. Silver gets a touch of P3 Armor Wash, while the Bronze gets a mix of Armor Wash + Brown Ink. I generally wash it at least twice to to get really deep shadows.

This is followed by Shading and highlighting the white. This was a bit problematic since I chose such bright white to start off with. The shadow is cryx bane highlight, but I needed to mix it first to get some transition shadows before ending up with pure cryx bane. Highlights were done with Morrow White (it generally goes on smoother than GW’s Skull white). 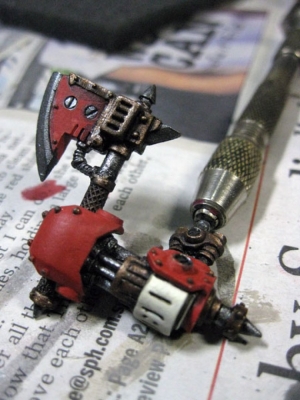 After that was highlighting the metals. 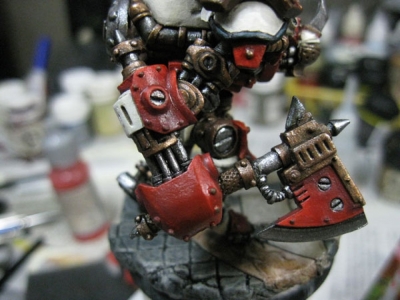 And ended with shading and highlighting the red. Because the red is generally the centerpiece of the model, I worked especially hard to keep it smooth. This included 3 shades of shadows, 4 shades of highlighting (8 transitions in total), and then unifying it again with red ink. That’s the gloss you see over there. I’ll be hitting it up with some spray paint and that’ll be that!

Hope you guys like this quick overview on painting Khador… Apologies if it’s not particularly detailed but I may end up going into detail with each step if there are interested readers out there. =)

Road to Comic-Con: The Journey of 9 Thousand Miles 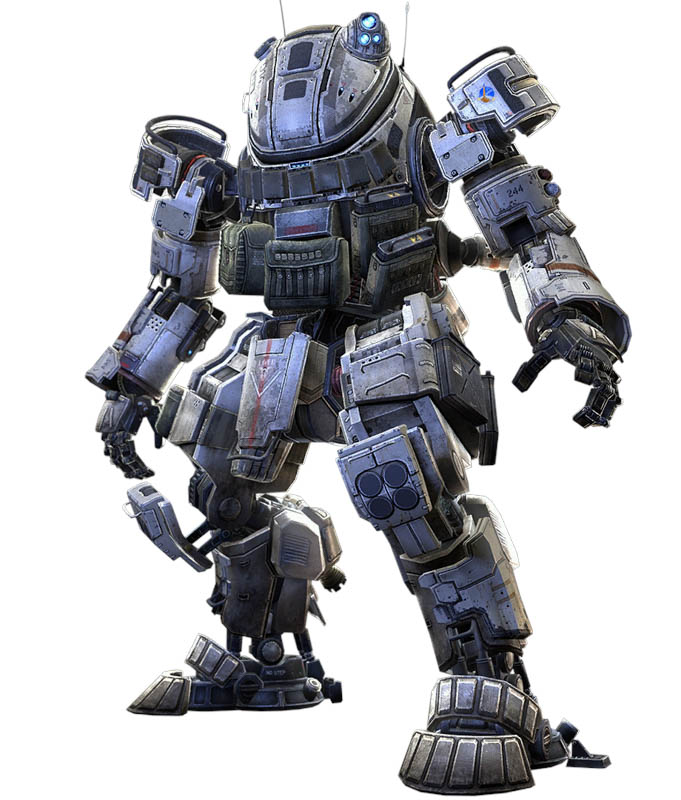