My last two grot tanks were cool, but a bit on the large side. And well, this was something I had always wanted to do.

I had bought one set of kataphrons a while back for my Assuming Direct Control project, but honestly, all I had used in the set were the weapons. Still, I had always thought they were going to be a great foundation for grot tanks, especially once I reversed the tracks. 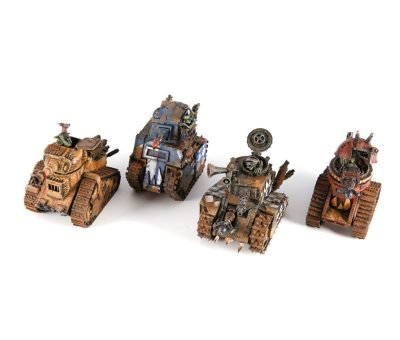 So time to put the theory to the test! 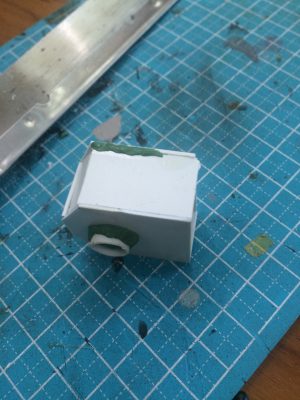 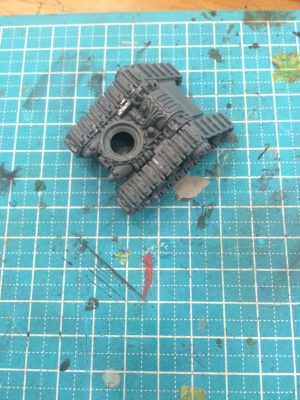 My first attempt was to make the turret slot into the round hole of the kataphron (where the body was supposed to be). 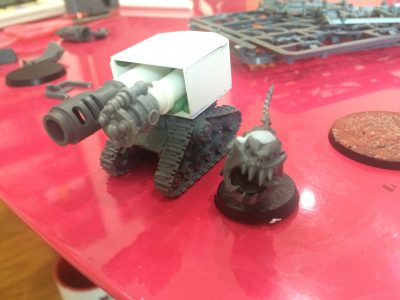 Looks good! A bit over sized, but that’s how orks stuff are anyway, so that’s par for the course. Unfortunately, because the area where the turret met the body of the tank was relatively narrow, it kept on tipping over. So that’s kind of where my second set of tanks ended up languishing for a few years.

What happened though, was that a few months back, I had finally decided finish this project (plus, Mek guns were pretty good in 8th, and these would be decent stand ins), so I brought these guys out and decided to tackle the grot tanks again. This time though, I had more bits! Specifically random turret bits! I realised that the battlewagon mini turret and some of the IG turrets had the same turret width, so I decided to make a collar to match all of them. 1.8cm, for those of you who are interested. 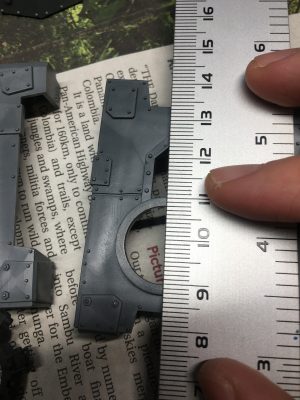 You know what’s perfectly circular, just slightly larger than 1.8mm, and something that I guarantee every player has too many of? 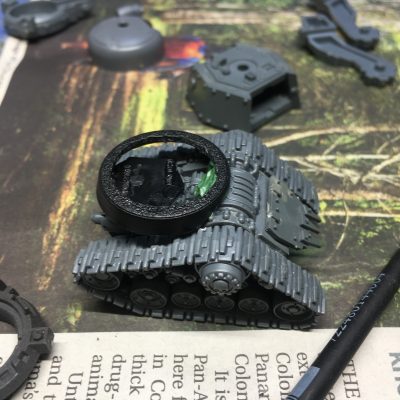 25mm bases. When I hit upon that idea, it was like a bolt of lightning. It reinvigorated the whole project. I sketched the hole in pencil, then drilled out guide holes with a pin vise. Then it was just using an exacto to cut the hole out. This is my first attempt of the hole. Not bad, but after sleeping on it for a night, I thought that a base was required. 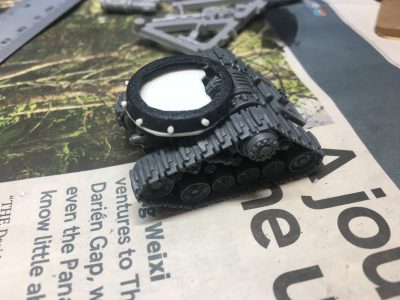 So I cut out a circle of plasticard the same size as the bottom of the 25mm base. You’d notice I also had to cut out a small notch, both on the base, as well as the plasticard circle. This is to make sure that I could sit the turret horizontal onto the kataphron tracks; the wires would in the base kit would have gotten in the way otherwise.

After the collar was added, all I needed was a bit of plating to hide the blank space where the kataphron engines were supposed to be, and some rivets to give a bit of detail. And everything else fell into place after that. 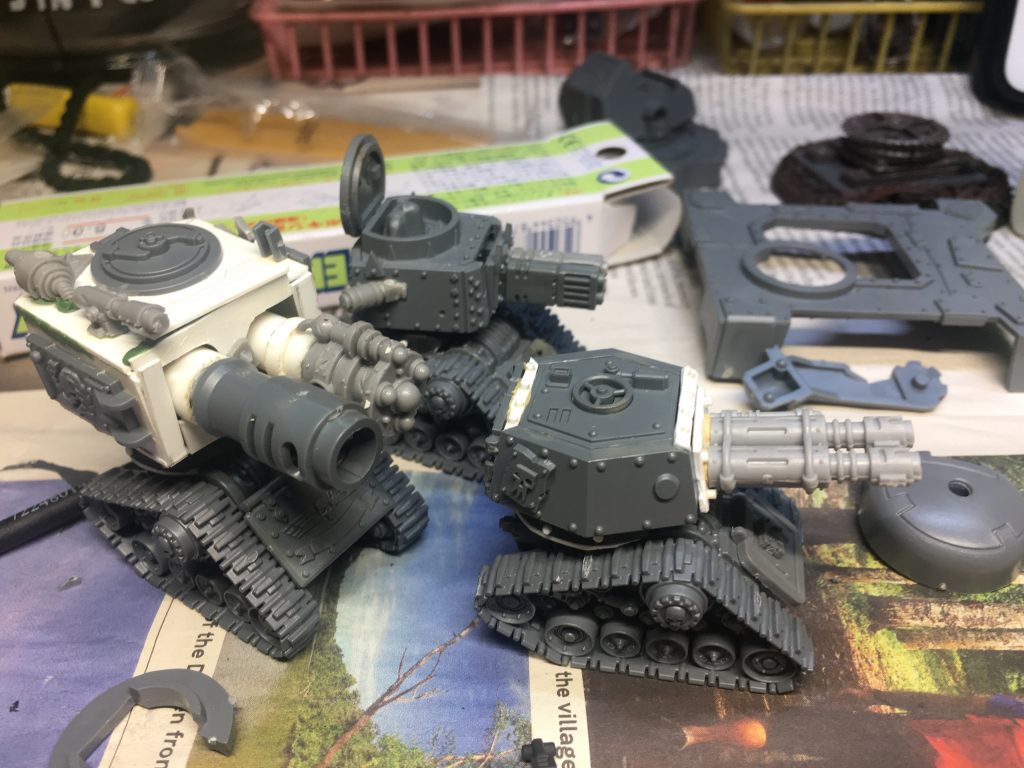 Personally, I think reversing the kataphron tracks are key in making really nice grot tank conversions. This allows the turret to sit at the back of the tracks, rather than the front, which works for the kataphrons but would unbalance the tanks. In addition, the silhouette of the tracks much more closely resembles the forgeworld grot tanks and space marine rhinos/land raiders. Finding bits to cover up the now-front part of the grot tank is really easy, and I don’t think the engines are missed at all. The only thing is that may be a bit of an issue is the fact that the collar of the turret overhangs the tracks, and wouldn’t exactly work that way in a real tank but:

So… it’s all good. Soon: Painting the grot tanks! 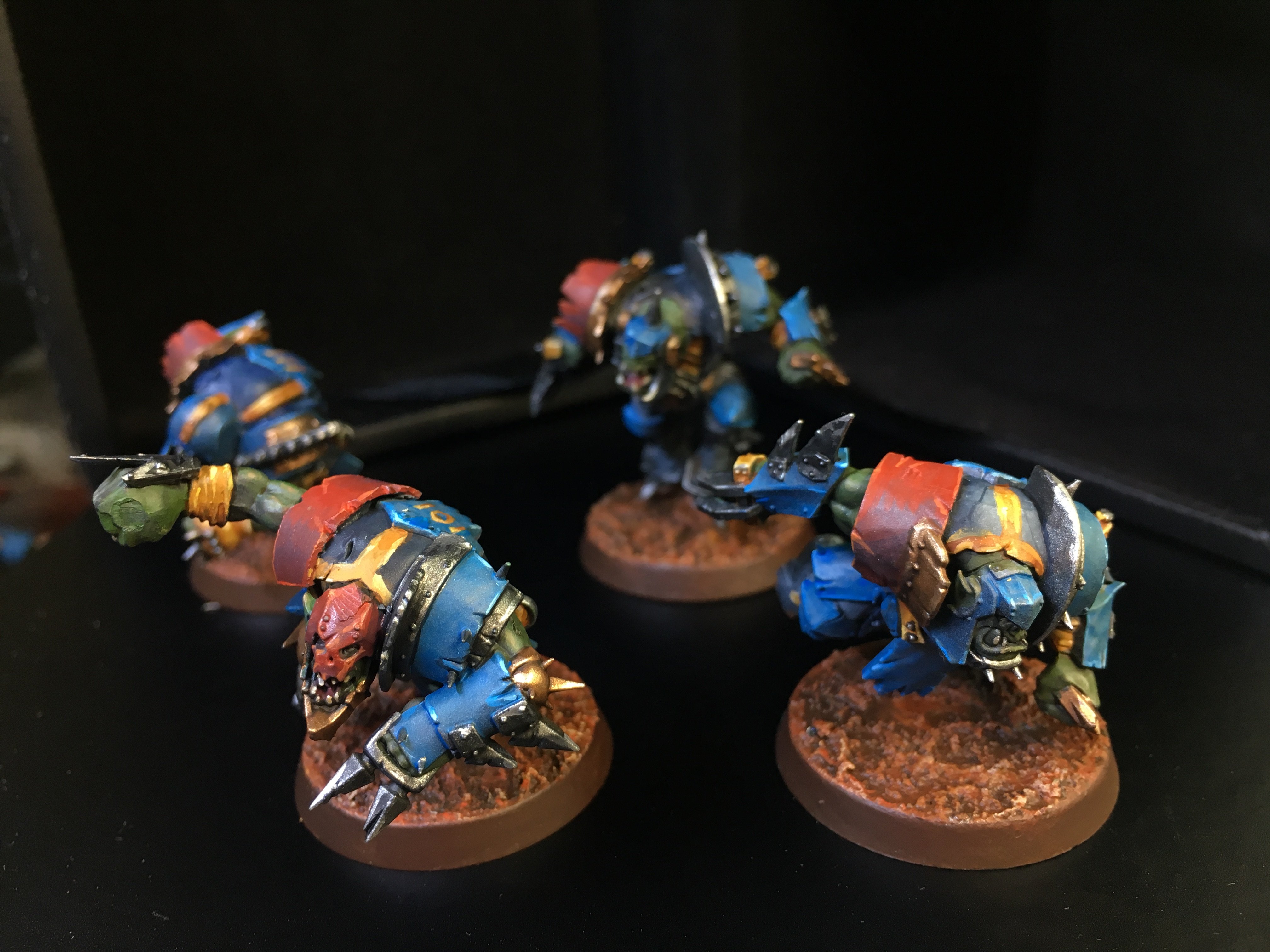