I don’t want to say it, but it seems weirdly fitting that this week I’m showcasing my kitbashed Dark Mechanicus HQ. That being said, this idea was actually stewing around how a long time, and considering my Dark Mech are a mish-mash of necron, nid and chaos bits, it was always going to be dark and gribbly.

This model has actually been sitting on my shelf, half-converted for the longest time. I had the skaven plague monk bit, and I stuck it with the necron head as a death mask for years prior. What I couldn’t figure out was the bottom bit. I actually did tubes. similar to my Dark Mechanicus Magos and Biologis, but it didn’t work. It wasn’t until I picked up a lot of Nighthaunt from Soul Wars a month or two back that I realized I could kitbash in the bottom of one of the ghost troopers. And I think it looks REAL good. After that, I was off to the races.

I tried a new formula for the red, using GW contrast blood angel red for the base, before shading down with P3 sanguine base, and highlighting up with P3 Skorne Red and Khador Red highlight.

The dirty white was my usual colour scheme of P3 Cryx Bane highlight (a great gross green/yellow off white), going up into P3 Menoth White Highlight and VMC off-white, which is a great… well… off white? The ivory tint of the off white is a great way to paint white without actually being white.

The staff and robe was contrast gore-grunta fur, highlighted with random browns.

Because my Dark Mechanicus is partly inspired by Mass Effect and the technovirus, I painted the boils on the Plague Magos turqouise, highlighting up to white, like the mass effect husks. Similarly, the horns jutting out of the skin got painted silver, like metal growing out of organic parts.

The flame was turquoise, shading down to VMC blue green, P3 coal black and actual black paint. The hotter parts of the flame come up to pure white.

And there it is, a plague dominus, kitbashed a long time ago, but strangely enough, finished only now.

Bring out your dead. 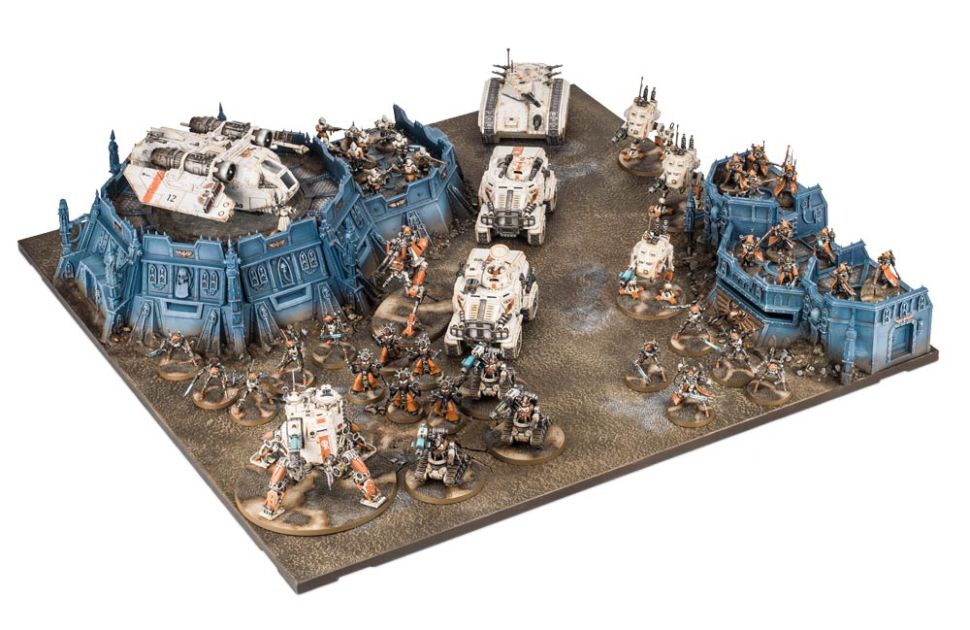