We’ve got an assload of new stuff for Privateer Press this week, what with Templecon being in full swing this week, as well as additional reveals of the Wraith Engine and Vessel of Judgement. Considering Templecon lasts the entire weekend, I’ll have to say that next week should be pretty interesting too. But Games Workshop fans are in good company as well, with the PDF release of Spearhead for 40k players, and more looks at the recent releases. 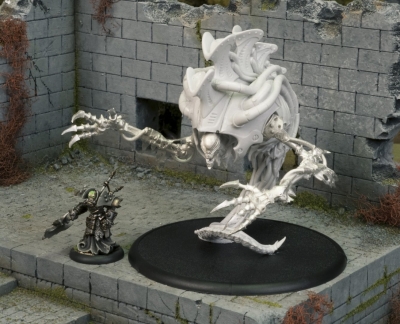 We’ll start with the Battle Engines. Privateer Press has released the model for the Wraith Engine on their site, and it’s a sight to behold. It’s interesting that it’s a mix of resin and metal, but considering how fiddly the arms look it’s a good call that they went with metal. After all, resin can be a bit brittle sometimes. Also, this Battle Engine has the moulded arcs just like the Gun Carriage and Retribution Arcantrik Force Generator… looks like quartered lines of sight will be part of the Battle Engine rules.

Speaking of Battle Engines we had a release of the new Vessel of Judgment artwork earlier this week. I’ll have to say the glowiness on the inside worries me. The last thing enemies of the Protectorate needs is another level of buffing and denial to worry about. 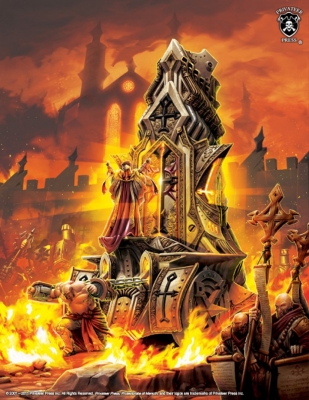 Of course, Hordes will not be without their Battle Engines either. At this moment the first panel is done in Templecon, and we have lots of news from Wrath and Domination; one of it being that Battle Engines will be slated for Hordes Domination (some Hungry).

Another big piece of news is the number of warcasters and warlocks, with 6 warcasters in Wrath (1 for each faction), and 10 for Domination (2 each, 1 epic and non, and 2 minion warlocks). The Merc warcaster is the Steelhead-type, so it looks like Searforge and Pirates will have to go hungry for a while more.

On the story end, Retribution will get some major fiction in Wrath (understandable since the Ret faction wasn’t mentioned in legends, and 2010 was just spent catching to MK2). In addition, the panelists mentioned that Zu will be featured more in the new fluff. Which makes me think that if anything, Zu will be the next hordes faction. Especially if they want to expand the Hordes line in 2012 like Retribution did for Warmachine. 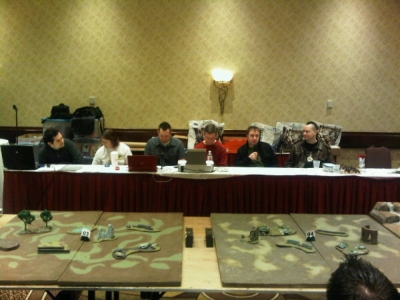 Other interesting things include the fact that the IK RPG is in development (to be announced in Lock and Load), and that character jacks and beasts will mainly be in the form of upgrade kits (but with full boxes still possible). While I understand this move (it’ll be a lot cheaper for them to produce), I do bemoan the lack of customization… especially for warbeasts if PP can’t figure out a way to have them be in multiple poses like the new plastic jack kits.

We’ve also got a lot of back end support from PP, with the options of multiple PGs to share an area, and for non shop groups to get league and prize support. Definitely great ways to grow the Warmachine/Hordes community. Lost Hemisphere is one of the groups at Templecon right now, and if you’re interested in seeing what’s going on there I recommend you check their blog out. 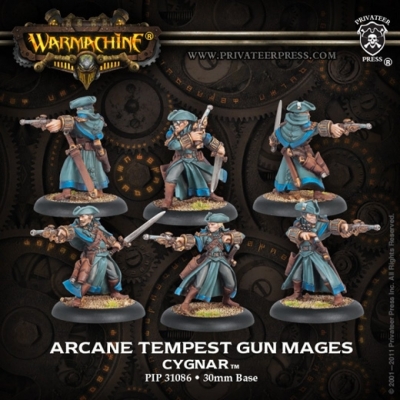 Sticking with Privateer Press we also have a few resculpts, including Master Tormentor Morghoul and Arcane Tempest Gunmages. The gunmages look really great, but I actually prefer the original Morghoul. I guess the resculpt is just for those people who intend to get him but not the Skorne box. 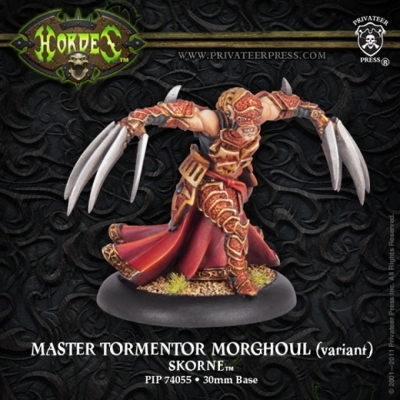 On to GW, we see that 40k is concentrating on the blood angels. Not surprising, considering the new dreadnaught and stormraven kits are just hitting stores. An interesting aside is the release of Spearhead in its website, or should we say re-release. Mentioned in White Dwarf last year, it looks as if it can be found online again. A kind of ‘spin’ of 40k and Apocalypse, spearhead allows you to break traditional force org charts and field all the fun killy smashy goodness you’d wish. That usually means lots and lots of tanks and walkers.

This is great for guys with huge collections; people who have played the game for years and have lots of stuff to throw at people, but as someone who is just starting 40k I have to say that it doesn’t do as much for me. Still, it’s nice to know that I have a reason to collect huge groups of walkers (my personal favourite) as I have a few ways to field them, namely Apocalypse, Planetstrike and now Spearhead.

It’s back to painting my Hordes and 40k armies, and waiting to see if there’s anything else interesting to be announced during Templecon. Until next week!