Looks like we can start guessing what the Hordes Battle Engines can be! 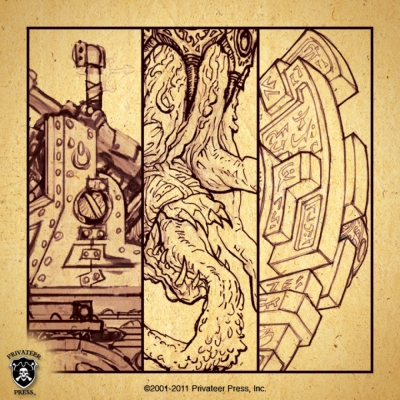 Now, looks like from left to right, we’ve got Trollbloods, Skorne and Circle. The first looks a bit bodged together, so unless it’s a minions battle engine, it has to be Trollbloods with their jury rigging and hand-me down Cygnar Technology. And is that a periscope I spy? Looks like it could be a Pyg tank, or some sort of movable artillery piece. It would be funny if Trollbloods one-upped Khador by having their battle engine be dragged around by buffalox.

The middle picture has armor reminiscent of either Skorne or Everblight, and a creepy monstrosity would definitely be suited for either faction. It DOES look like an icky beast though, but giant tongue and random teeth make it seem too… inelegant for a Dragon of Everblight’s standards. And where’s the eyeless sight, or the carapace? If it IS a giant creepy monster for Skorne though, those who were hoping for a giant elephant carrying a howdah are sure going to be disappointed. It could also be minion (probably crocs if that’s the case) but I doubt it with the armor on it.

The last one is also pretty much going to be Circle. The runes look just about right, and it looks graceful and curving, not like the spikey things we’d expect of Everblight, for example. I’m not sure what it will be though. The curve and blocks remind me of Stargate, so maybe it’s a giant portal. Or maybe some sort of shooty death ray akin to the Arkantrik Force Generator. Just the thing Circle needs, more mobility or spells…. =___= 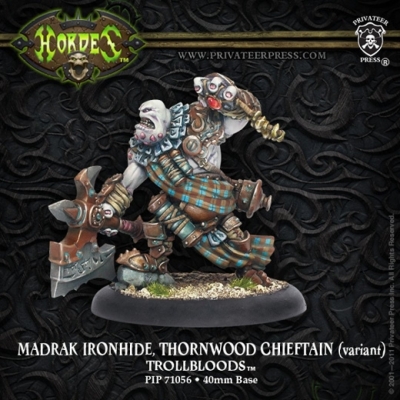 PP also rounds out variants of the Primal battlebox casters, with an alt Madrak and Lylyth being released in March. They look pretty good, and I’m glad that Madrak has finally lost his clown collar. If I hadn’t actually bought two Trollbloods battleboxes, I might have actually gotten that sculpt. 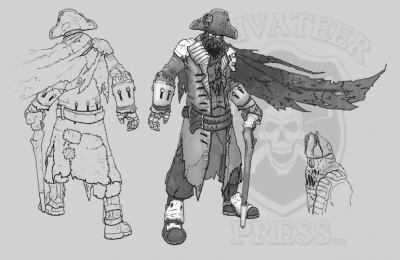 The rest of the March releases include the Ragman, which we’ve seen previewed on PP’s website, as well as the rest of the Primal alt-locks. The Ragman seems to be an Alexia-lite, what with his ability to “animate the corpses of fallen foes, deflect attacks with foul sorcery and to seize control of enemy undead, direct their actions, and even turn them against their creators”. Plus he looks creepy as heck to boot.

Not really news, but the PP Insider also has a pretty good tip on how to make rivets. I’ve tried cutting them out of plastic rod, but haven’t been particularly successful. Maybe this is will be a better option. 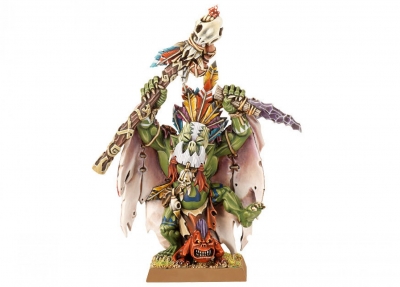 GW on the other hand has declared this week Green Week, with a plethora of publicity on Orcs and Goblins. Not hard to understand, considering the plethora of new releases that joined the update of the O&G Army Book. The models are very well done, and Wurrzag especially interesting. 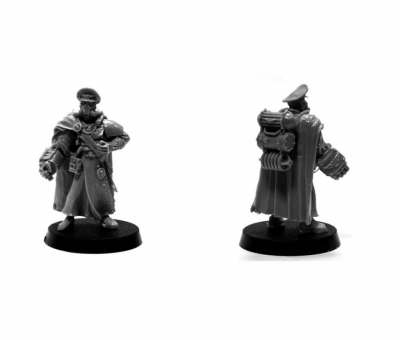 Forgeworld on the other hand, is going deadly, with Hostile Environment mods for all your Cadian IG needs. There are conversions for troops, special weapons teams, tanks and command squads. And as usual, they’re really pretty conversions.

Other than that, it’s been a pretty quiet week. People are just tinkering with their latest models, and waiting to see when the details for Tyranid and Necrons will solidify.

What’re you guys looking out for this week?