This is a few days late, but what can you do when you’re locked away from the internet seeing the sights in sunny Phuket? Yes, your resident mini geek was forgoing the traditional comforts of painting and the internet and instead was getting full-body sunburns (should have seen it coming, considering my pasty white geekplexion). I’m not one to skip out on a post though, so here’s one (albeit late) minis review post! 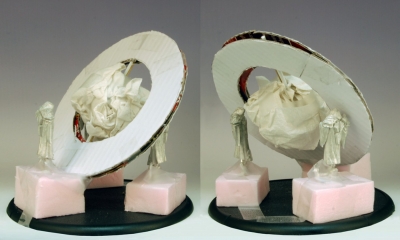 First up is of course the Celestial Fulcrum; Circle’s Battle Engine. Now I know that it isn’t it (merely a harmless April Fool’s joke), but it does manage to let us guess how the silhouette of the fulcrum is going to look. Stargate/Egregore in the middle, surrounded by 3 floaty druids.

GW has their own April Fool’s, with another great how-to guide. This time is how to throw dice, and how to make sure that it always lands on 6s. As a painter, I much prefer last year’s April Fool’s; a pro-painting citadel paint gun. And even though you know how to throw 6s, you’ll be up shit creek if you have to take a leadership test. 😉 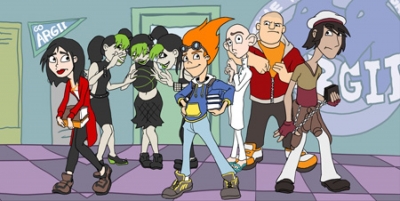 Speaking of April Fool’s gags, Lost Hemisphere had a great one, with a Warmachine High School cartoon spin-off of our dear Iron Kingdoms; Five Fingers High. Hilarious, cute and even earning them an email from WM’s very own Matt Wilson, the Lost Hemisphere dudes really pulled off all the stops for this one. Check out their concept art and everything! 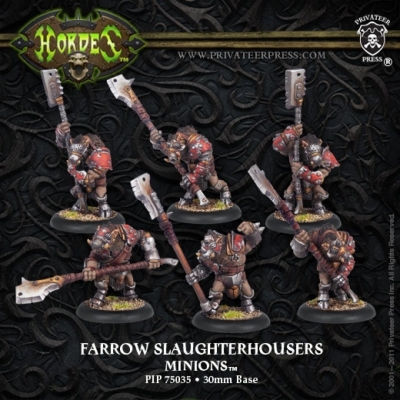 On to the more serious stuff; PP has some new releases this week, such as the Retribution Heavy Rifle Team and the Farrow Slaughterhousers. The Slaughterhousers are totally not what I expected; a 6-man 30mm unit rather than a 3-5 man 40mm unit. Will they have multiple wounds? Maybe, but I’ve never seen multi-wounds on a non-character small-base unit before, so maybe they’ll have tough and unyielding instead. They’ll definitely be reach models, what with the cleaver-halberds they’re toting. 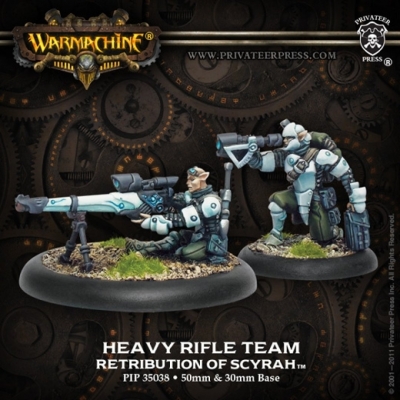 The Retribution rifle team is more or less what I expected though; a giant sniper rifle. The only thing that confuses me though is why a sniper guy with a rifle would need another spotter. But maybe it’s some new-fangled retributions sighting technology. *shrugs*

GW did also have some snippets of the upcoming Tomb Kings release, but to be honest it’s not a lot, so we’re still waiting for news from the website or White Dwarf.

I’ve been a fan of the Undead ever since the days of the Citadel Skeleton Army box, but when they were split into two separate forces, my desiccated heart was firmly with the vengeful Tomb Kings of Nehekhara. There’s so much about the Tomb Kings I find fascinating; their blood-soaked history, their obsession with death and the fantastical landscape of Nehekhara – the fabled Land of the Dead itself. However, the armies of Tomb Kings have enthralled me because they are made not of tribes, or hordes, or mobs, but legions. The very word conjures up images in my mind of a vast number of disciplined soldiers, all advancing to war in perfect stride to conquer their foes for the greater glory of Nehekhara. Indeed, the eternal legions of the Tomb Kings comprise rank upon rank of skeletal soldiers – great phalanxes of gleaming bone decorated with bronze and gold – regiments of Undead cavalry and gilded chariots, mummified heroes and immortal kings, and towering war-statues carved in the images of mythical monsters and ancient gods. Come May, the Tomb Kings will awaken once again. They are the true monarchs of the dead, and they are coming to reclaim their rightful dominion over the world.

Robin-hotep, Scribe of the Desert

Forgeworld has some exciting stuff though, with a preview of some Imperial Terrain. Not only that, but they’re also releasing more Eldar goodies, including Eldar corsairs, as well as a an eldar Wraithseer. Lucky people at Adepticon even got to see it! I suppose that since Blood Angels got a psychic dreadnought, it’s about time the Eldar got a psychic Wraithlord. I really hope that some of the resins in forgeworld will make the transition to plastics soon, Eldar has been out of the loop for a few years and was one of the original xenos races, so I’m sure it will be well received. 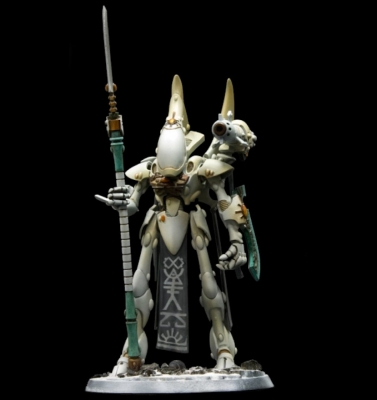 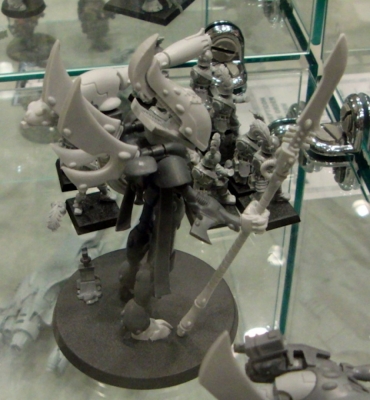 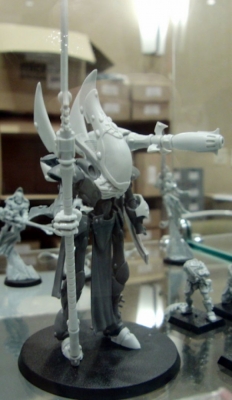