We now interrupt your normal programming to talk about the new, awesome models in Games Workshop’s Dark Eldar line. Why is it always when I skip the Minis Week in review crazy ass stuff come up? We’ll talk about the other minis stuff some other time, but we need a special on these guys, even if it’s quite a ways late.

I had a friend who saw these in UK, and he expressed absolute awe and wonder at the minis. Looking at them now, I definitely share that sentiment. As much as I love my Privateer Press, even I have to admit that they have a long way to go before they can compete with Games Workshop with regard to their plastics; the Dark Eldar sprues are on an entirely different level. 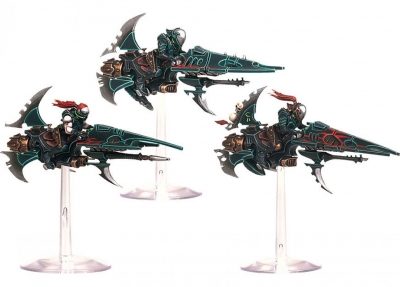 The negative space on the Dark Eldar Reavers are amazing, for example. I have no idea how they can have so many curves and spiky bits without giving their moldmakers a fit. Games Workshop has also learned to hide the joins of its models under more armour or detail work. 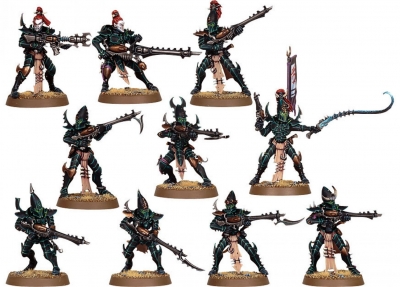 The Kabalites are also a good sprue set; I think the coneheadedness is pulled off a lot better here than in the older Eldar line; the spikes and the colour scheme lends a certain insectoid naturalness that is lost in the Eldar. 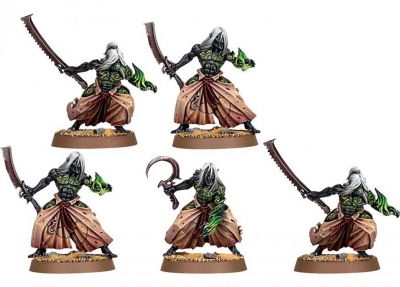 The metal minis are just as well done. The Mandrakes are an interesting sculpt, and look incredibly fun to paint. They even tempt me to sub them in for Khador Doomreavers. Not only that, I think that on some of the models, they’ve learnt the lesson of less is more. Not everything is cranked up to 11 (like, say, some of the Chaos line). For example, Urien Rakarth has a good blend of creepy and fascinating details, but yet not so much that it confuses the viewer. 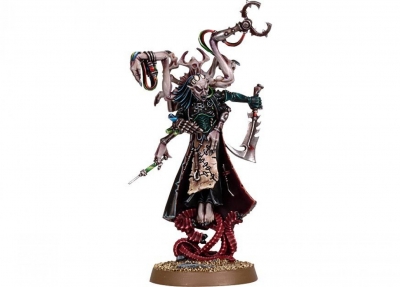 Not everything is to my taste though. I’m not keen on the Raider’s ‘Jabba Slave Barge’ look. But that’s purely personal, and even I have to admit that the Raiders are beautiful and technically amazing models. They have grilled floors for crying out loud! Some of the other models fall into the same category: Technically laudable but not exactly my cup of tea. Case in point, the Hellions that came from the school of Green Goblin flying, and the Incubi confuse me; how they heck do they hit someone holding swords like that? 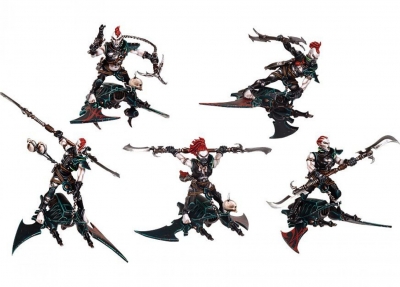 Still, I have to admit that as a whole, the Dark Eldar are a great line. They are overall thematic, have a great sleek and deadly aesthetic, and are actually tempting me to start a 40k army… something that doesn’t happen very often.

So what do you guys think of the new Dark Eldar? 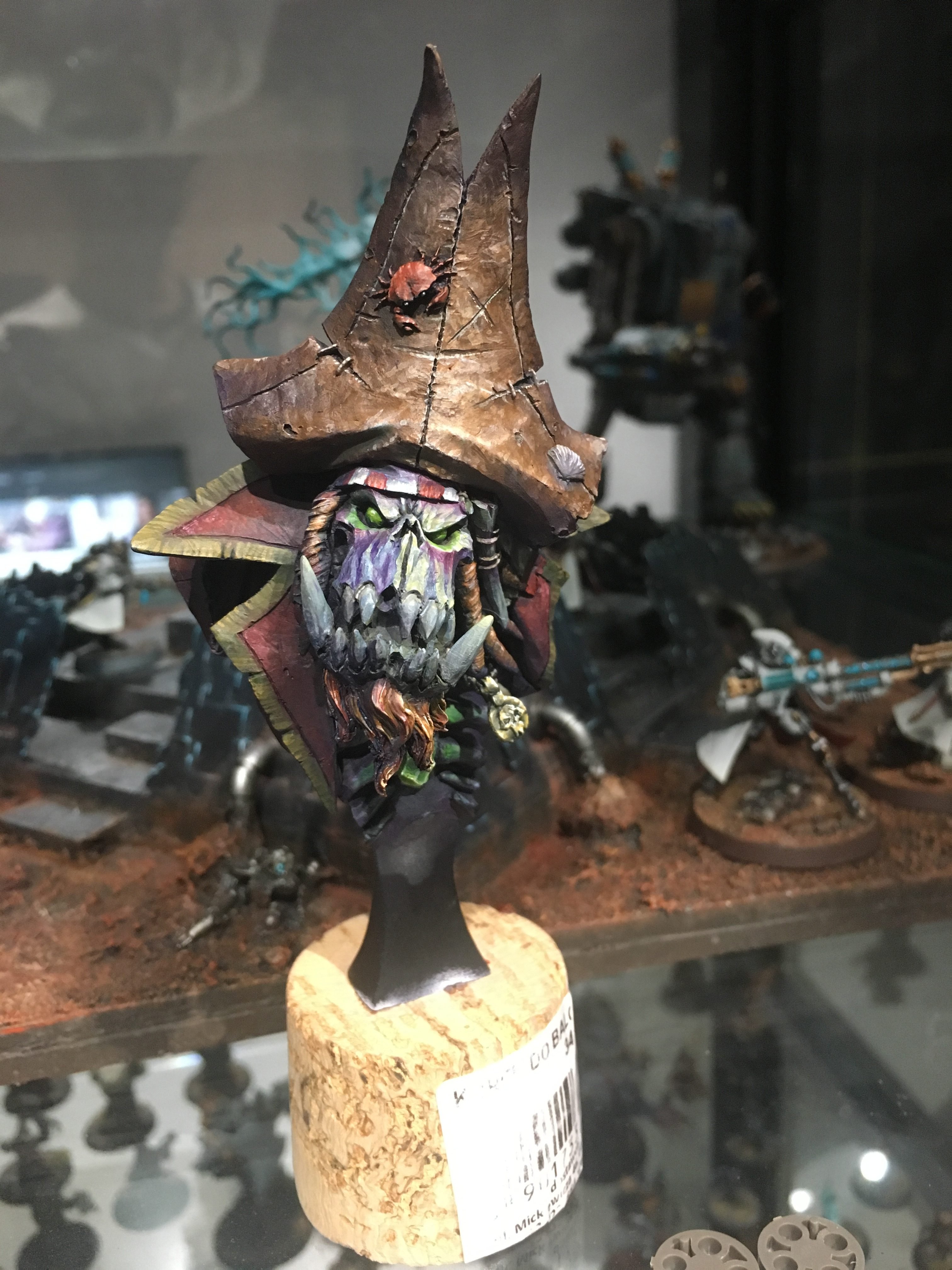