It’s great to see so many interesting tabletop games hitting the market recently. From big time publishers to our very own local designers, there are lots to look forward to.

Local game Overbooked is now on Kickstarter and I got a chance to play it at its launch at Millenia Walk earlier this week. It’s a strategy puzzle board game where players are airline operators trying to seat different passengers for their respective airlines. Everyone wants to be the most prestigious airline with the most satisfied passengers but it ain’t easy. If you seat too many passengers, the plane will have unhappy customers; seat too few and you’ll lose victory points. Depending on where you place your passengers (coloured cubes) on your player board, you’ll get to score your victory points or lose them when you bump passengers off. 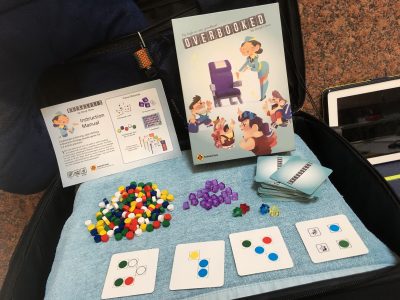 It’s a fast and fun game that reminded me of Tetris, pattern building and matching with a strong airline passenger theme. The rules are simple enough but there is a cool level of complexity for players to develop some interesting strategy. 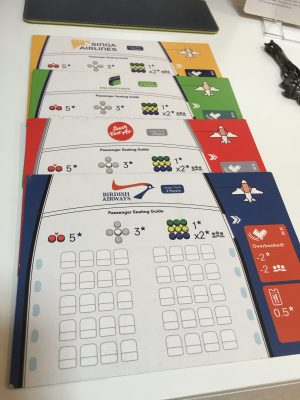 The board game is nicely designed with quality components and for all audiences. It plays up to four players as well as solo play. The Kickstarter here has a special offer price for Singapore backers too! 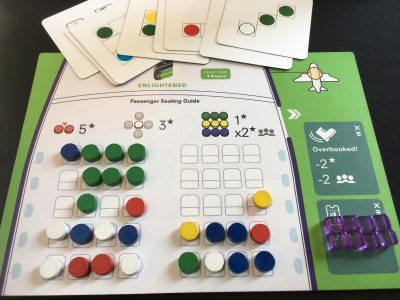 Last week, I played the newly released Legend of the Five Rings: The Card Game by Fantasy Flight Games and I really liked it. Drawing on the legacy of AEG’s original collectible card game of the same name from back in the 1990s, and now reimagined with new mechanics and story. It’s an exciting two-player card game, following FFG’s Living Card Game distribution model, meaning a fixed pack of cards is released on a regular basis and players only need to buy that pack to add new cards to their pool, unlike Magic: The Gathering’s random booster packs. 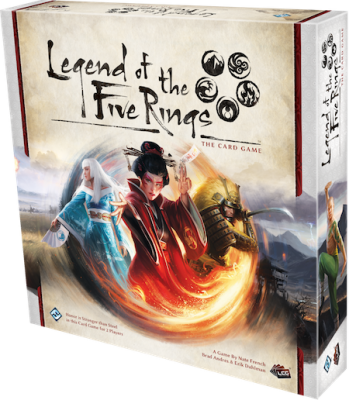 So you get to play one of the seven clans and try to defeat the other player using either military or political conflicts. There are several ways to gain victory and it’s not an easy or quick game. I played the Lion Clan in my first game and really enjoyed even though I lost. My deck was a bit of a weenie rush with lots of low cost characters while my opponent played the Crab Clan, with his higher cost characters. 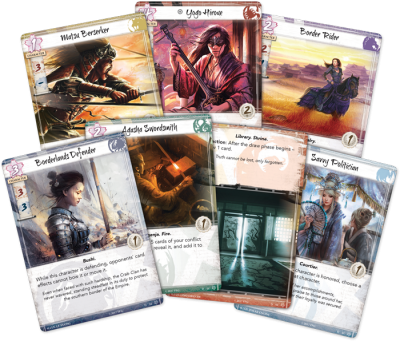 I think if you have played FFG’s Game of Thrones card game, you might find this rather similar. Like all other LCG card games, there is a ton of strategy involved. If you are looking for a new and exciting two-player card game with lots of depth, this is worth checking out at your local game shops. My biggest quip is you need to purchase three core boxes to really build decent decks or decks that you have a decent chance of winning if you plan to play competitively, and that initially would cost a lot. 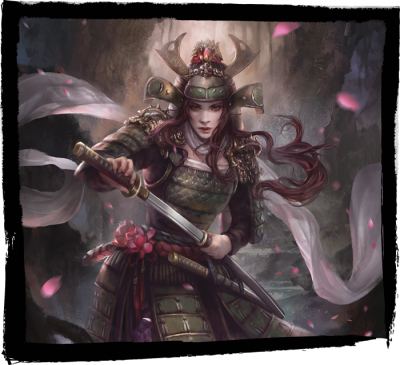 Another tabletop game that has gotten a lot of hype recently is the Warhammer Underworlds: Shadespire by Games Workshop. I have yet to get my hands on my pre-ordered copy, which I believe should be out later this week or maybe next week.

Warhammer Underworlds: Shadespire is a miniatures combat game using specially constructed decks of cards. Relax, it’s not like the other Warhammer tabletop games where you need to assemble, paint and field a gazillion miniatures. The rules aren’t that difficult compared to other Games Workshop Warhammer games. You just pick a warband comprising of three to five miniature figures, construct decks determining their objectives and special actions. Then fight it out on two player boards! 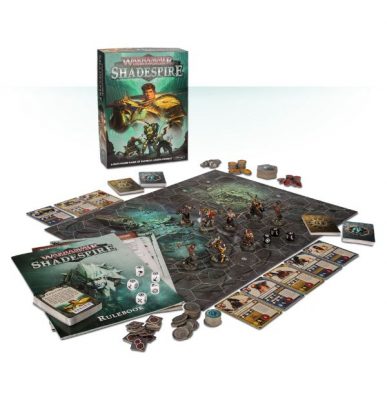 With Games Workshops at the helm, you can expect high quality miniatures and components. Dice rolling, deck building and cool miniatures, how could I resist it? Look out for it at your local Games Workshop or games store.