In a return of our Workshop Wednesdays, we look at how to convert the Khador Gun Carriage in to something a little bit more… mechanical. Like some, I don’t care that Khador is considered the red-headed step child when it comes to tech. As powerful as Karpathian Destriers are, I’d rather see a tank on my side of the lines rather than a few horses. In the steampunk era of the Iron Kingdoms, more steam is always better. 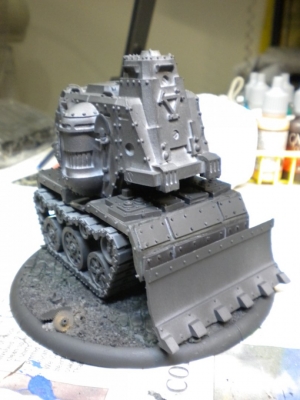 I’m fully willing to admit that most of this build is inspired from Scud’s design on the PP forums. It totally helped that I also had most of these bits on hand. So without further ado… 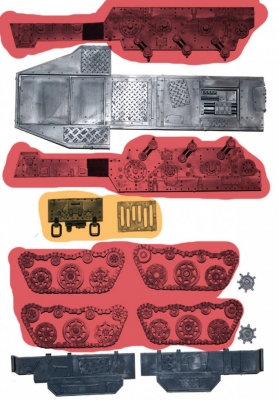 I highlighted the bits that you need from the Chassis and Tread bits. Red bits are more or less essential, things in orange aren’t exactly needed, but if you’re getting them in your bits package, you might as well use it, right? 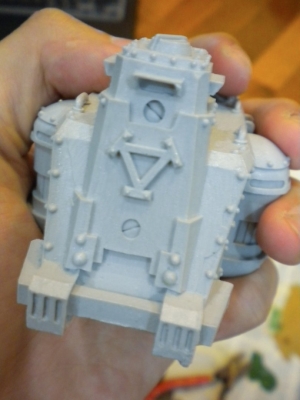 First up was cleaning. I had some slight moldlines on the front of my gun carriage, so I had to get rid of that. 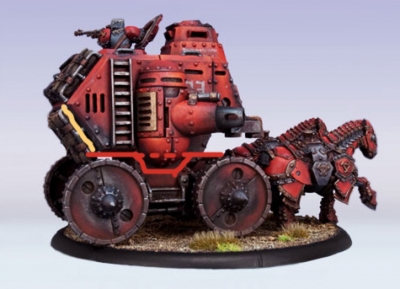 After that I started to hack up the main chassis. I cut along the solid red lines to preserve the side sponsons, but I think that if you just cut all along the bottom of the gun carriage (dotted line), it would probably make for a much easier build. I kinda regret that I didn’t. I also chopped off the bottom bits (orange line) so I could put in the boiler and so I could save some extra bits for next time, but you could probably just build the boiler around the crates and stuff. 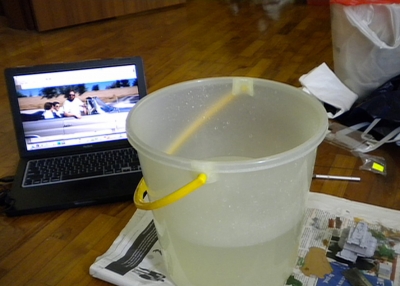 It’s important to do all your cutting and sanding of resin wet. Resin dust is a huge health hazard (iirc possibly causing cancer), but if you do all your sanding and converting with all the surfaces wet, the resin will clump and generally not aerosolize within your room. The easiest way is to get a bucket and dump all the resin you’re sanding and converting into the water every minute or so. 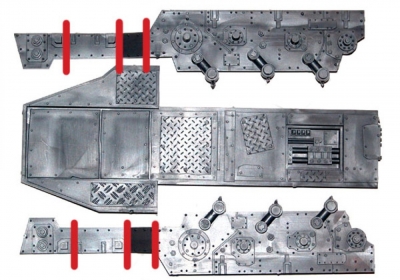 I also cut the battle wagon chassis down to size for the gun carriage (red lines). I further chopped up the unused bits for armour plating and detail work. 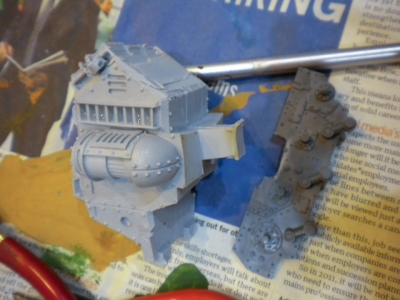 As you can see, I had to cut a weird shape out of the carriage and battlewagon bits in order to preserve the side sponsons. And I’d have to build a weird tread guard later. A straight cut would definitely have been easier all around. 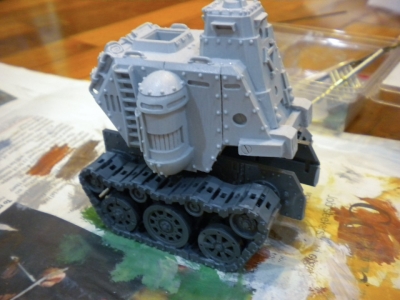 A quick mock up of how the Khador Gun Tank would look. 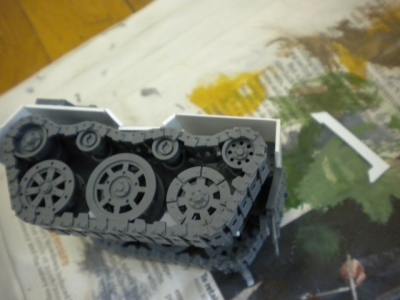 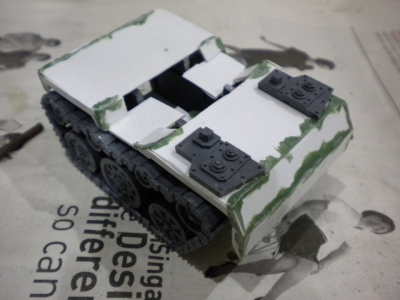 I started measuring the dimensions of the chassis and tank treads, and then cut out rectangular pieces of plasticard to act as the main body of the treadguards. Because I wasn’t very accurate (I tend to cut before measuring, like the ork mek I am), I ended up having to try to save the joins by smoothing them out with greenstuff and sanding. Thankfully no more need to do wetsanding. You can also see what I mean about a wierd treadguard shape. 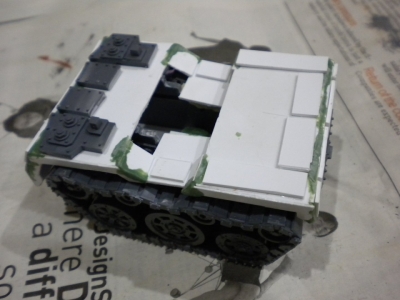 I then measured the dimensions of the treadguards I had built up and then added some additional plasticard as armour plating (as well as the extra ork plates I cut up previously) to bulkup the model and lend detail to all the flat surfaces. 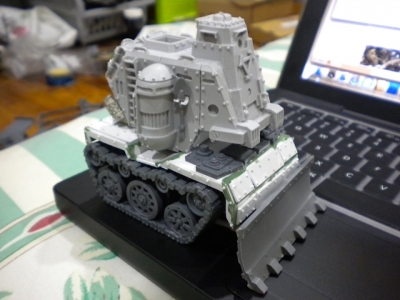 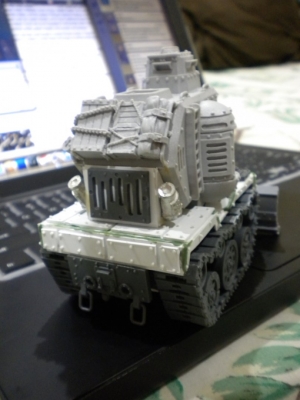 As you can see here where I used the extra chassis armor plates, as well as what I used for the boiler. It was just a few pieces of plasticard to block out the shape, as well as two of the behemoth side chimney stacks. It looks a little bit undersized compared to the rest of the model, but I didn’t want to go for a hotrod look, and I figure it would help tie the tank back to Khador, considering how heavily converted it was. 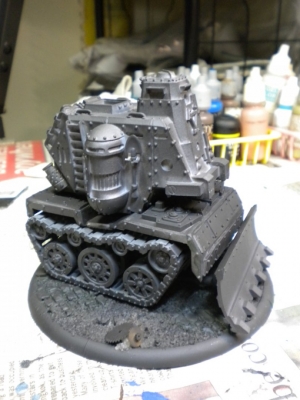 I added in the dozer blade from the IG leman russ (for your tramples and knockdowns). I also added in the Leman Russ spade (totally not needed but I like the look Spud had), and off to part 2 of this build!

First Look at ABC's New Shows: Once Upon A Time and Charlie's Angels