This child of Dhunia is able to adapt to the terrain surrounding it. Even more frightening, it can adapt to imitate its enemy’s power. An Earthborn Diretroll charging into a warjack has skin as hard as iron and great meaty fists as imperishable as steel. They are the ultimate expression of troll adaptability. That which they cannot destroy outright they mimic and proceed to tear asunder.

I really wanted to literally express the comment above in my mini. I’ve seen people who have used Privateer Press’ heavy wreck markers as the base that the Earthborn is punching and adapting from, but I wanted to take it one step further. And what better to destroy than a statue; an Ancestral Guardian?

I went out and bought an Ancestral Guarding, but rather than cutting it up in chunks, I made negative molds out of different parts of the model, which I then cast out of green stuff. Since they were already bits (and made out of Green Stuff) it was a lot easier to break up into rubble. Random bits were used in the base, then the top half of the Earthborn was stuck in. 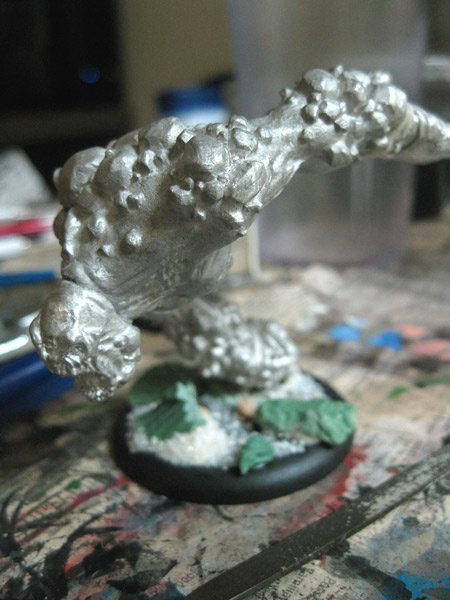 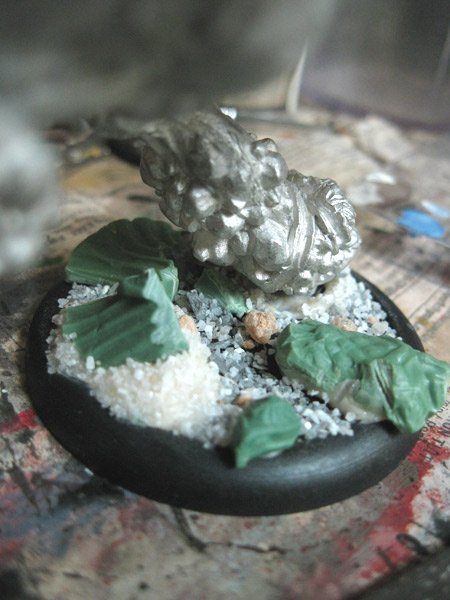 Now again I have to apologise for not taking in between shots, but it more or less happened in a blink of an eye across a weekend. I painted up the base like a normal ancestral guardian, and painted the Earthborn’s arm like it was adapting off the broken statue. His rocks are rubies, his skin obsidian and his nails gold. I painted his skin with a mixture of magic blue and hawk turquoise, and shaded it with some dark angels green added into the mix.

The finished model is below. If you want to vote for him in Coolminiornot, his links is here. Comment away! 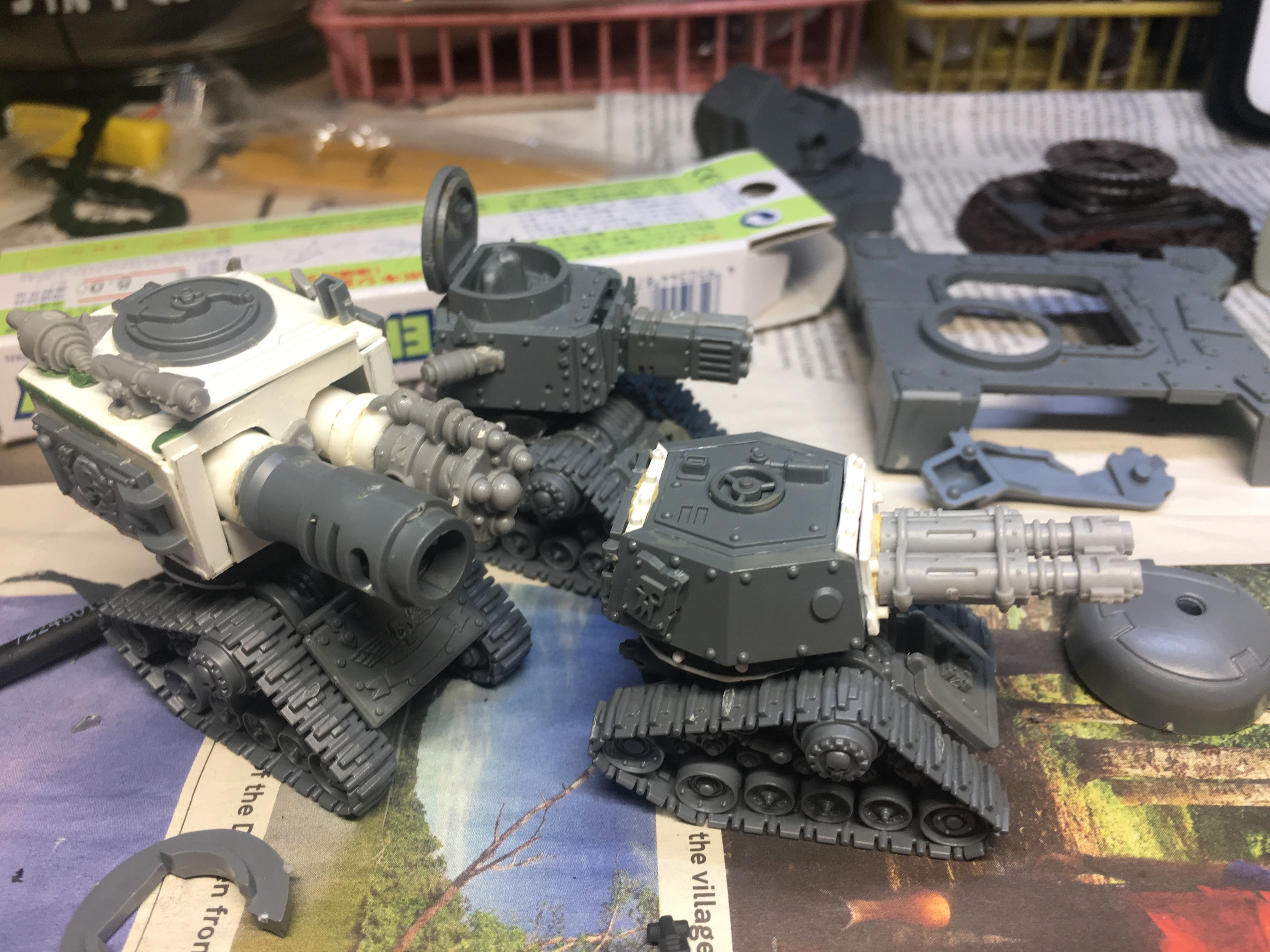