More zombies! More vampires! And the return of the meanest Eldrazi ever to wreck havoc across Innistrad. That’s what you can expect in the latest Magic: The Gathering expansion, Eldritch Moon. This coming weekend 16th and 17th July, collectible card game shops across Singapore and Malaysia will be hosting exclusive pre-release events for players to have a first glimpse of the new Eldritch Moon cards.

“The last protections over Innistrad have faded. Ancient powers reach forth to corrupt the plane, and now Innistrad’s fate rests in the hands of unlikely allies…”

Eldritch Moon picks up the story from the previous expansion Shadows Over Innistrad. The Planeswalker Nahiri has summoned the gigantic Eldrazi named Emrakul to take revenge on Sorin Markov. Together Nahiri and Emrakul begin to manipulate all other living creatures into Eldrazi Horrors. Now Innistrad’s fate rests in the hands of unlikely allies. Jace Beleren brings the Gatewatch, and Liliana Vess brings hordes of undead immune to Emrakul’s influence. 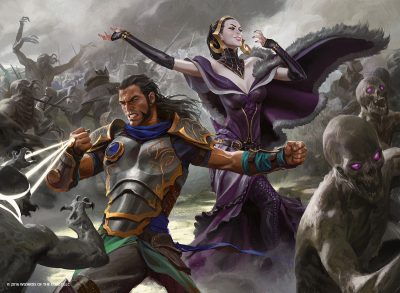 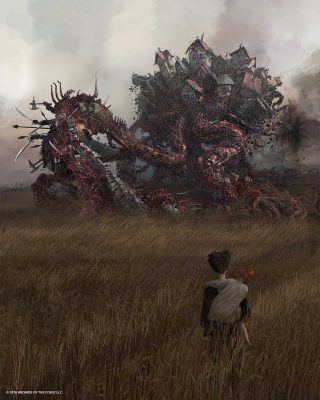 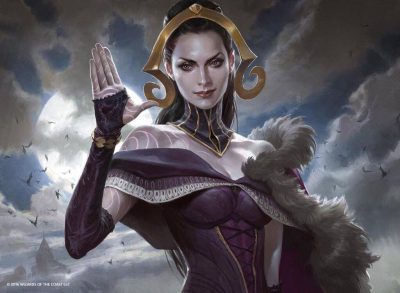 At the media pre-release event earlier this week in Malaysia, we had a preview of the new expansion. We made and played our decks out of the pre-release packs. There are so many fresh and exciting combos to explore. The art looks fantastic. New card mechanics to look for include Meld, Emerge and Escalate. Although a host of zombies and transforming werewolves were introduced in the Shadows Over Innistrad, they didn’t see much competitive play. I’m hoping that with Liliana taking centrestage in this set, well at least in the storyline, things will change. 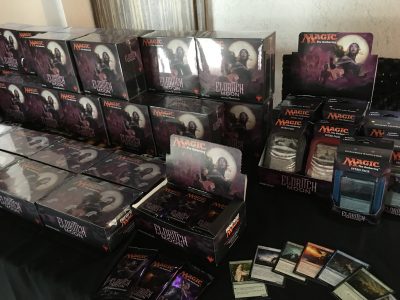 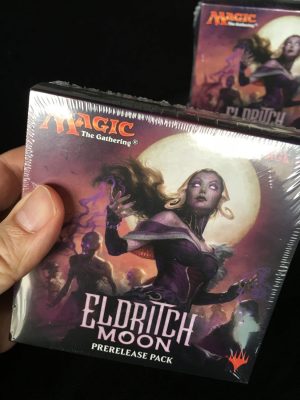 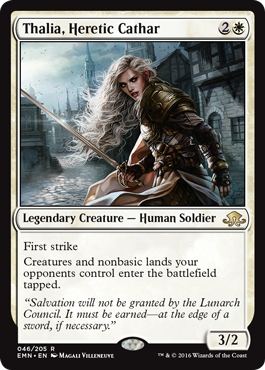 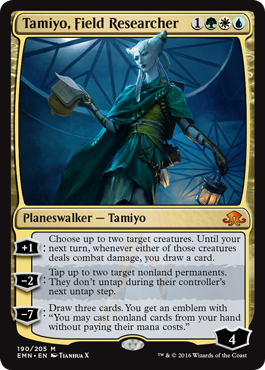 The bigger and badder Eldrazi queen Emrakul, the Promised End should see some action in the coming weeks. Will she replace Ulamog, the Ceaseless Hunger in control decks? Ramp decks could be rushing this out by turn eight or less. Having Planeswalker Nahiri in the deck is also another possibility. Imagine the look on your opponent’s face when your Emrakul lands on the table! 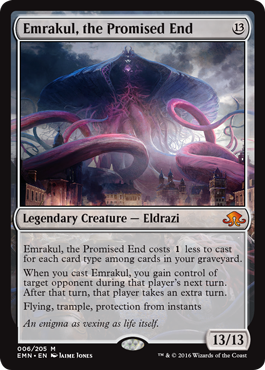 For causal players looking to build a more interesting deck, the new card Tree of Perdition is a perfect partner to Triskaidekaphobia from the last expansion Shadows Over Innistrad. I really hope someone out there pulls off this two-card combo! 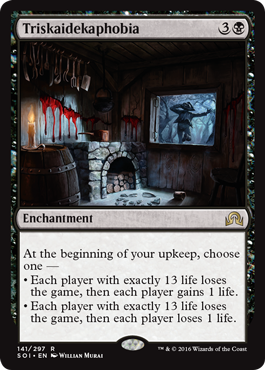 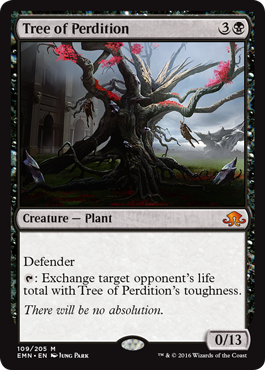 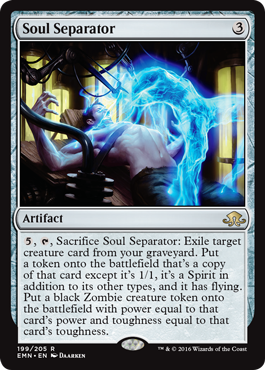 Simply stay alive for at least six turns and hope to draw your key cards like the Tree of Perdition. Play Triskaidekaphobia. Tap the Tree before your upkeep phase and you win! Or you can have the new Soul Separator as a backup plan. It’s always fun to win through unexpected ways. Well, provided your opponent doesn’t have any tricks up his sleeve!

And do look out for the upcoming Kuala Lumpur Magic Grand Prix at Sunway Pyramid Convention Centre from 21st to 23rd October 2016. Hundreds of players from the region are expected as well as the artists of some of your favourite Magic cards. It’s a fun time to meet other players, buy new cards and of course, play lots of Magic card games.

There’s more! On 20th July 2016, Magic Duels will release the Eldritch Moon expansion online so keep an eye out for that too. 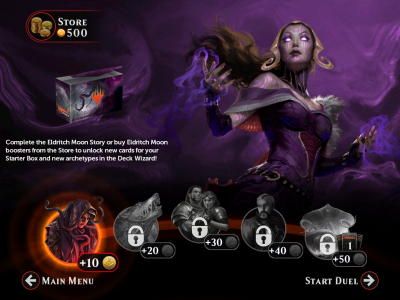 But first, check out the Eldritch Moon pre-release events happening this weekend. Bring a friend as the sealed deck games are ideal for new players and old. Another reason to attend this pre-release is the special double-sided Zombie FOIL token card in every pre-release box! The new cards go on sale 22nd July 2016 and be prepared to unravel the madness! 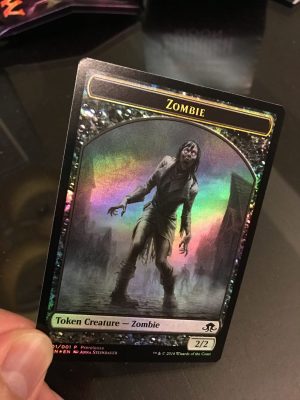 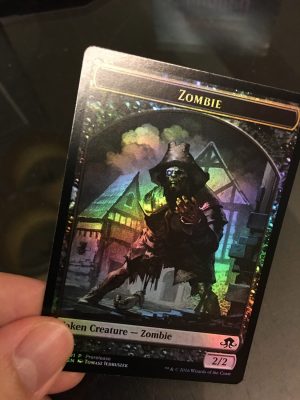 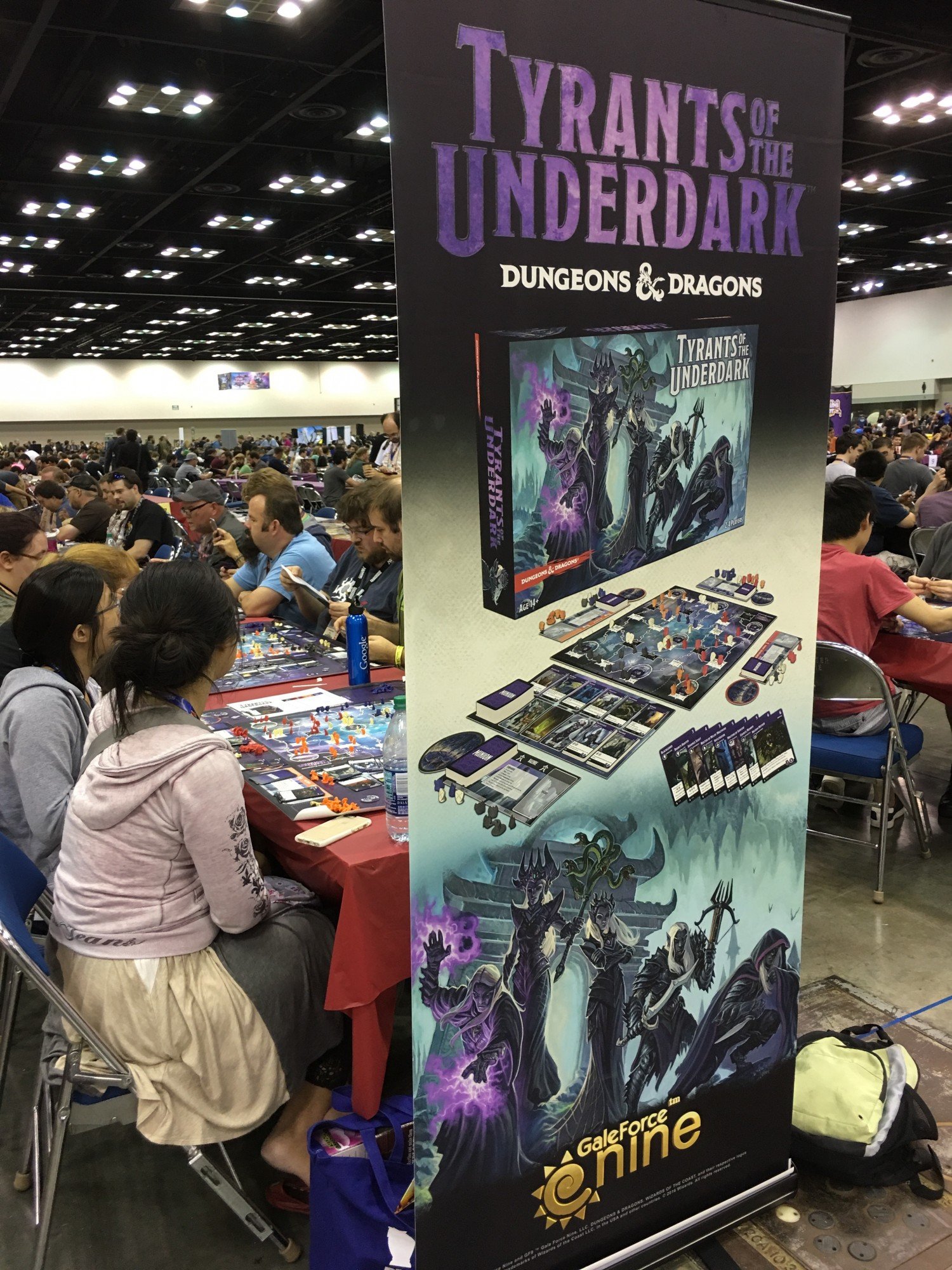 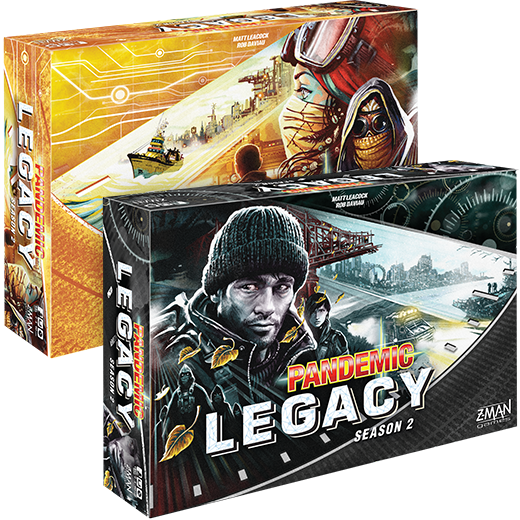