It’s a week before christmas. You have a lot of friends who you consider gamers and geeks. You need some Christmas presents, and you need them NOW. Fear not, HereBeGeeks has got you covered. Today we’ll run through 5 games and why and who you should get them for. Each of these games should also be available in most board game shops (or I guess your ‘geek’ slanted retailer of choice). Do note though that we won’t be doing long run throughs about the games’ pros and cons. We just have a few reasons why we think it’s good. You don’t have time for long reviews, it’s only 7 more days to christmas!

1) For the Star Wars or Miniatures Fan

X-Wing by Fantasy Flight Games is a surefire way to attract any Star Wars afficionado. You have X-Wing, TIE Fighters, and eventually all the iconic vessels of Episodes 4-6. Do note that because this is a dogfight game and that everything is to scale, you won’t be seeing capital ships like the Star Destroyers and Mon Cal Cruisers; they would be the size of your sofa. On the other hand, if you’ve wanted to have Luke fight Vader in their personal fighters this is the game for you. 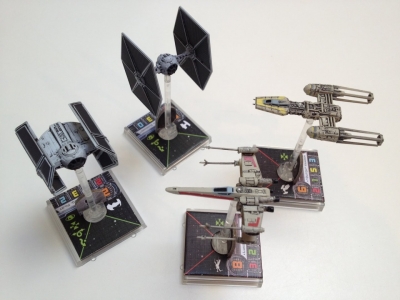 It comes prepainted with really nice miniatures, and with rules simple enough that a viewing of the video walkthrough above will be able to educate anyone on how to play the game (probably). The player just needs to open it up and have a sufficiently large play area (3 by 3 feet) and it’s good to go. Plus, Han and Chewie will be showing up in the Millenium Falcon come 2013. And therein lies the power of this game: it’s a remarkably good gateway game to introduce people to board games and especially to the dark side of miniature games… [cue evil emperor laugh]

2) For the Cardflopper or Cyberpunk 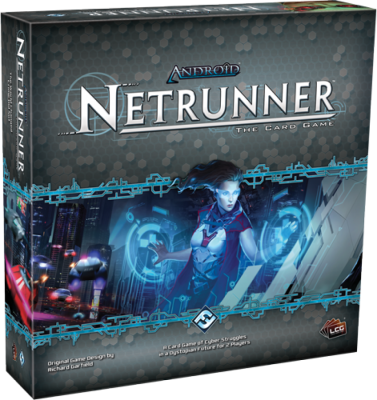 While most cardfloppers of this day and age might not have even heard of Netrunner, the older ones would reminisce about what some people feel was one of the best CCGs of that period (and arguably of all time). Another brain child of Richard Garfield (you might have heard of him), Netrunner this time went away from the a symmetrical wizard’s duel (ok let’s be accurate here… planeswalkers) to an asymmetrical battleground, that of a hacker infiltrating a megacorporation’s protected servers in gibsonian cyberspace.

In Android Netrunner, Fantasy Flight Games has again taken a beloved system and breathed new life into it. Like X-Wing, FFG treats the genre AND the game with respect. Unlike X-Wing however, this game has a relatively steep learning curve. Which is just enough depth for your average cardflopper. And if the person you want to get this for isn’t a cardflopper, don’t worry. All he needs to do is be a fan of the Cyberpunk greats. If you don’t believe me, just look at this card: 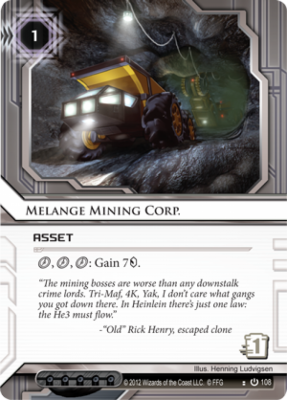 3) For the Strategy and Civilisation Buff

Most people used to Civilisation and other 4X games would expect similar games to be complicated, complex and take days, if not months to complete. I did too, until I met 7 Wonders. A drafting game, 7 Wonders is surprisingly simple and amazingly complex. I literally only needed 10-15 minutes of explanation to grasp the game, but the game itself has so many different choices and iterations that I’d be fine with playing it 5, maybe even 10 games straight.

7 Wonders is no party game, but it’s still simple enough that people new to boardgames would be fine with playing it after a bit of instructions, and people intent on strategy will enjoy for months to come.

4) For the Zombie Fan and the Backstabber 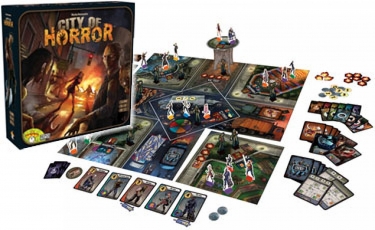 City of Horror would be better described as Survivor: Zombies. Each player takes a hold of one (or more) characters in a city teeming with zombies. You work together (or not) and try to survive the zombies (or not). What makes it really fun though is that you can choose to throw other characters to the wolves, or in this case, the zombies. This makes for an incredibly tense game that I feel really encapsulates the feeling of being stuck with people that you may or may not care fore in a zombie apocalypse. And would also be right up the alley of people that love making promises and deals and subsequently reneging on them.

Just make sure your friends know it’s all a game or you’re likely not have any more friends after that.

5) For the Party Gamer, Politically Incorrect, or Just Because you Ran Out of Time or Money

Similar to Apples to Apples, Cards Against Humanity is a party game where you take turns both asking a question/posing a sentence and answering said question/filling out the blanks in said sentence. The difference lies in how offensive or bizarre the questions and answers are. Just take a look at the bizarre cards that you have. 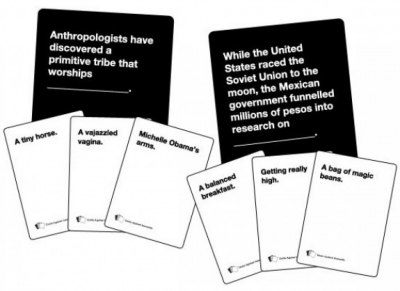 The bizarreness of the cards are both a plus and a minus for Cards Against Humanity. You definitely won’t be giving this to your mom, but it’s a great gift for friends who don’t have sticks up their butt and will be amazing when everyone is sloshed. And December, with Christmas and New Years, is officially voted as ‘most-likely-to-be-sloshed’ month. Even better, while you could conceivably BUY cards against humanity, you could just as easily print out and make it. Which means you could customize however you’d like, or well, print it out if you need a gift for tomorrow and it’s 11.30pm wherever you are now. We’re not picky.

These games should be available at PI, Gamersaurus Rex, your neighbourhood game shop or online.