During this last week of the Blasted Heath campaign, we’ll talk about the Badlands Kodiak. 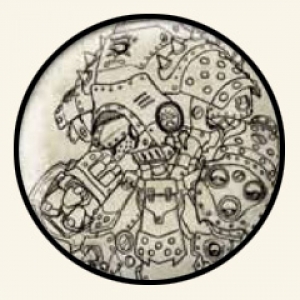 The Badlands Kodiak is Khador’s league model. At 9 points, it is one point more than the normal Kodiak, and puts it into the range of the Decimator, Destroyer and Devastator (hey 3 D’s!). It features two upgrades: Aggressive means that it runs and charges for free (as opposed to the normal only running for free). Amphibious is also an upgrade over the regular pathfinder, being immune to water and all the dangers it normally entails for jacks. However, one drawback is the removal of vent steam. And that is a very big drawback.

So, the Kodiak becomes much more independant, not even needing focus to charge, and even more all-terrain, but at the loss of vent steam and one additional point in cost. Is it worth it? I do not think so. Vent steam was a much needed ability to autohit and kill low armour 1 hp troops, and well, 1 point in MK2 is a big deal.

I will have to admit that my playtests with him have been largely limited to the ‘jack casters’, namely Butcher and Karchev. The league kodiak doesn’t do much for these casters, especially since charging for free is already available to pButcher and eButcher. The free charge was however useful for Karchev, since unearthly rage meant unholy damage to just about everything the Badlands Kodiaks could touch. Ironically, some crazy whiffs meant that even Baldur actually survived two turns even against a veritable tide of Khadoran steel. 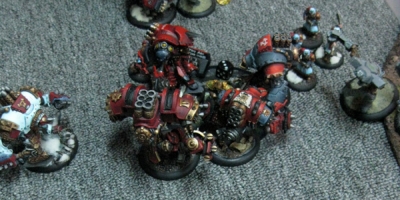 I think that the Badlands Kodiak should fare better on focused starved casters, or for casters that like their jacks to run independantly. A badlands Kodiak would be able to run interference for Sorscha, or be a great jack for Strakhov or Irusk to throw superiority on. He would also be very useful with casters/armies who already have ways and means of clearing infantry (say with WG Sprays for example). Aside from that however, I think unfortunately I prefer my original flavour Kodiak.