We’re just about 7 weeks away from Singapore Toys, Games and Comic Convention (STGCC) 2011 and the news has finally begin to trickle down. Firstly, if you haven’t heard, STGCC has moved forward by a good four months from its original December date, and now takes place over two days on the 20th and 21st of August. That’s right – the duration of the event has been shortened to 2 days, possibly in a bid to mitigate the much shorter planning time for the event.


Still, it’s not all bad news… there’s quite a bit to summarise, especially thanks to the huge update just right as June ended, so I’ll try to keep this short, simple and sweet. 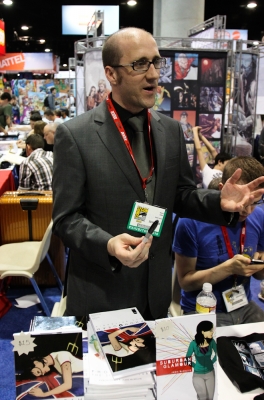 First up: Guests!
1. C.B. Cebulski is back once again to go crazy on the local food and talent scout… which brings us to:
2. Benjamin Ang – Marvel’s latest signing, fresh from Singapore! He’s not actually listed as a guest, but he is at least going to be on one of the panels. His work? Tres amazing.
3. Also back, our very good friend, Harvey Tolibao, who’s actually in Singapore as I type this. We’re not sure why… but maybe STGCC has something to do with it.
4. And once again, Simone Legno, famed Tokidoki creator
5. Koto Nishiyama and Shinichiro Kitai of Devilrobots
6. First time guest, cosplayer Kipi all the way from Japan, who will be here as a cosplay judge.
7. First time guest, Marvel artist Mico Suayan
8. Returning Eisner nominee Sonny Liew, who will be there with the Malinky Robot TPB to be launched in August too
8. And world’s best games journalist turned comic writer / “a guest of honour” Kieron Gillen, pictured above 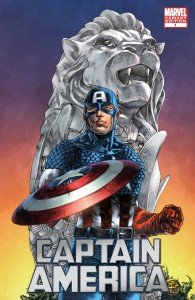 1. Captain America #1 STGCC Variant by Harvey Tolibao – this is a must get, be prepared to pay SGD$15 for a copy, that is, if you can get your hands on one. Only 1000 will be printed, and that’ll be your only chance to see Captain America team up with our national icon.
2. Mico Suayan will also be having a limited edition sketch book – limited to 500 copies.
3. It seems that Sonny Liew will be having a sort of local launch of the Malinky Robot Trade Paperback.
4. And Hot Toys, in conjuction with Action City, will be featuring the Iron Man 2: Mark IV Limited Edition Collectible Figurine (Secret Project), and it looks amazing.

Finally: Contests!
1. Cosplay@STGCC – the rules for this are a little different than most cosplay contests, leading to some murmuring in the fanbase. Still, there’s a $1000 cash prize to be won!
2. Art Concours @ MY STGCC – your chance to have your artwork grace the cover of this year’s programme.
3. While VIP tickets are sold out, you still have your chance to get a free DC Justice League poster with every ticket.
4. Fantasy Who? Write about a dream date with a superhero or the like, and stand a chance to win a Spongebob Trexi!
5. Share the Buzz and Fun! Submit 5 emails of friends and families and get one of 20 limited Pearl Glitter edition 3″ Care BearsTM Trexi worth S$15.95!

We’re excited to see what else is coming out, so stay tuned!