This past Sunday, our good friends from The Neo Tokyo Project presented the third annual edition of International Cosplay Day Singapore (ICDS), returning to last year’s venue *SCAPE in the heart of Orchard Road. A full-day event, lasting from 11am to 8pm, it boasted the presence of major sponsor AsiaSoft, the regional leader in online gaming and the distributors of Blizzard Entertainment’s online game Heroes of the Storm. AsiaSoft also sponsored the Singapore debut of internationally acclaimed, full-time cosplayer Svetlana Quindt, better known as Kamui, as one of the event’s guests-of-honour.

The main highlights of ICDS, of course, were the cosplay-related events that took place in the Ground Theatre, like the Cosplay Runway and Cosplay Chess stage show, and perhaps most importantly the Cosplay Talent Show. For the first time, this competition is also the Singapore Preliminary for Anime Festival Asia’s Regional Cosplay Championship (ARCC). This means the team that wins the Judges’ Choice award will represent Singapore in this year’s ARCC, which will be held during Anime Festival Asia in December.

Find out more about how the convention unfolded under the cut.

This year’s ICDS exceeded many expectations, though there still were a couple of areas for improvement.

Expanding their scope from last year, when only the Ground Theatre (formerly known as the Warehouse) was used, Sunday’s event had grown to include *SCAPE’s fourth and fifth levels. Visitors to ICDS shuttled between the events at the auditorium, and the dealers and doujin booths in the above floors. Photographers also found several locations to capture the many cosplayers who attended, utilising the Sky Terrace and other open spaces, such as *SCAPE’s drop-off point.

While having the larger space was definitely a bonus, and made moving about the convention much easier with no congestion issues, it also meant that there was less to see and do in the Ground Theatre itself in-between events. For the casual visitor (read: non-cosplayer/non-photographer) like myself, the abundance of time between the onstage events, often due to inevitable delays, meant that I quickly ran out of ways to occupy myself while waiting for the next section of the programme. While main sponsor AsiaSoft definitely made the most of their space with 10 demo stations featuring Heroes of the Storm, the first public showcase of the multiplayer online game in Singapore, the other booths paled in comparison, and didn’t manage to capture a sustainable interest from the crowd. In fact, because of the limited human traffic within the Ground Theatre itself, several booths ended up being blocked by the audience, especially during the more popular events onstage.

In terms of planning the organisers know their audience well, saving the main event, the Cosplay Talent Show, for the 3pm slot, when the event attendance really started to swell. Though there were several delays and technical issues before the Talent Show began, several of the performances were definitely worth the wait.

The guests-of-honour Kamui, cosplay photographer to the stars Jay Tablante, and Dat-Baka, were joined by our local Gundam cosplayer extraordinaire Clive Lee on the judging panel. Among the ten perfomances, it was interesting to see how some clearly focused on the “Cosplay”, others on the “Talent” and still others on the “Show”. Nonetheless, it was clear to the judges and the audience which were the most deserving of the various categories.

All videos are from Youtube user xiongba. Credit goes to him for his great editing and quick upload.

The Best Newcomer award, given to the best team which has never won an award in a local cosplay competition, went to the League of Legends team. Despite a really minimal skit, and a surprise ending that was too small to be seen from the judges point of view, I was really impressed by the quality of the costume sculpting and painting.

The Best Stage Performance award, was given to a solo act, who performed Suteki da ne from Final Fantasy X. Though there was tough competition from another solo act, the Dragon Nest Kali cosplayer, I suppose it was the additional gimmick of the costume change midway that gave the Yuna cosplayer the edge.

Best Craftsmanship went to the very talented Alice: Madness Returns team, led by Saiko (who did an AMAZING Michonne last year). They had debuted their costumes earlier this year, and again at CosFest in July, but it was really quite impressive to see it on stage. Saiko is a really talented cosplayer and crafter with very creative ideas.

But the most outstanding, Judges’ Choice winner was, beyond a doubt, The Iron Giant team of Orvis and Elina. There are no words. Just look at their amazing skit.

The job of ensuring a balance between creating a conducive environment for the stage programme and providing opportunities for the space-intensive cosplay hobby (especially when cosplayers get constantly stopped by the enthusiastic public to pose) in a relatively small area like the Ground Theatre is a thankless one. To the organisers’ credit, it could’ve been much worse, and it was thanks to the very dedicated staff of the event who kept the crowd from congesting at the entrance of the Theatre.

All in all, ICDS deserves to be considered a success, and a reminder that local fan-run pop culture events continue to be able to hold their own even as other more professional events start to dominate the local pop culture convention scene. Kudos to The Neo Tokyo Project! Watch out for their next major project, the cosplay competition at the inaugural GameStart 2014 gaming convention! 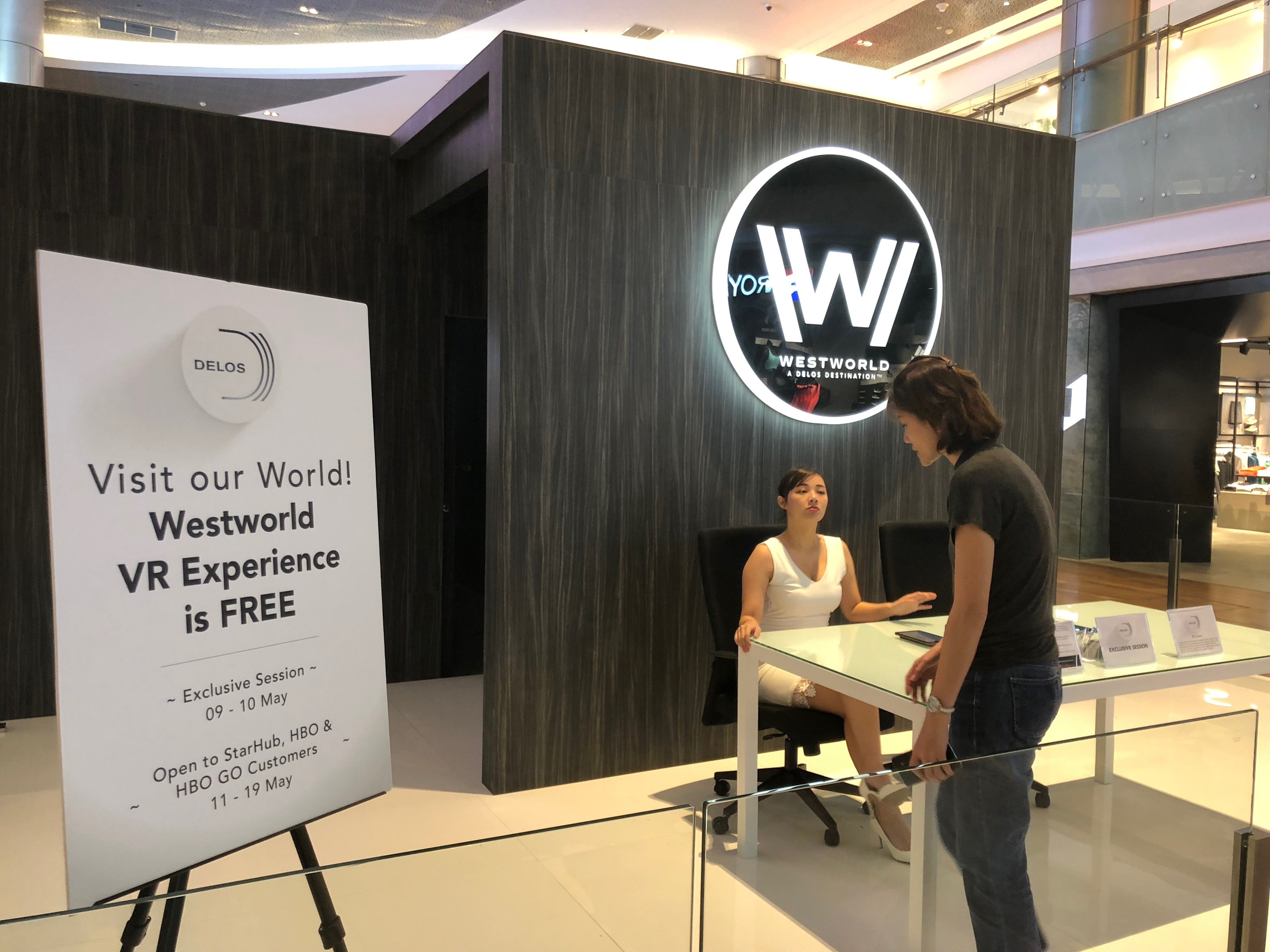