When I first heard of Titanfall, I was in two minds. I Titanfell in love with the concept of infantry AND mechs in a battle scenario. Great David vs Goliath moments, and well… mechs are just all around awesome! However, I am a crappy-ass FPS player. My favourite game speed is turn-based. Give me a civ 4 or X-com any day. I’d love to be good with reflex and twitch based games, but I’m just not wired that way. But amazingly enough, Titanfall is still fun. 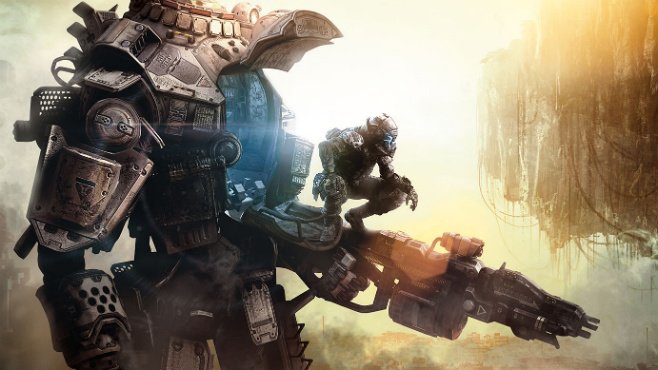 I think the best part is how organic the fighting is. There is quite a bit of polish in the game, and there’s an amazingly wide range of how you can kill both pilots and titans, as well as little awesome things that you can discover along the way. For example, as a pilot you jump on top of a titan (a ‘rodeo’), rip out its hatches and blow bullets into its delicate brain. Or you can even toss an explosive pack in there and jet away to safety, blowing the titan up. On the flip side, as a titan you also have you own defenses against such titan-cowboys, such as deploying hazardous smoke, or the slightly suicidal method of shooting a cluster missile against the wall and bathing in the ensuing napalm. Hell, I love being a parkour expert, Prince of Persia with explosive bullets running up and down buildings, toppling metal behemoths with bombs while my own faithful behemoth runs interference. Me and Direcow have been playing this for a while, and it’s amazing how the stories just grow. 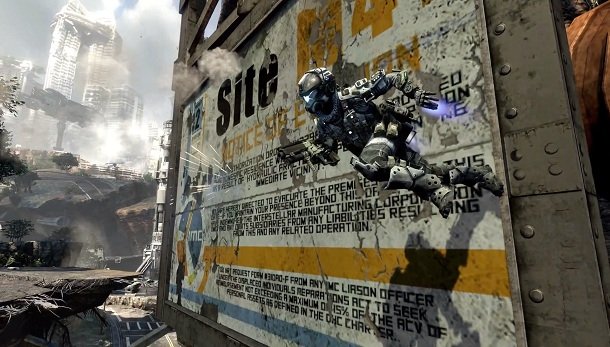 Secondly, I love how easily this game caters for casual players. Attrition is the most basic mode, and you get points by killing BOTH pilots (players) as well as grunts (AI creeps). While pilots naturally give more points, the ease and plentiful nature of the grunts means that they are generally the better bet, especially if you (like me) are not a great player. So, at the very least even if you are getting mowed down by the opposing team, you can still seek solace in the fact that you’re pulling your weight and helping out your own team by hunting down and killing the creeps.

The smart pistol is another way the game tries to balance for casual players: give it enough time and the pistol will auto-lock onto enemies (both players and grunts), allowing you to kill them even if you’re not exactly aiming at them. While this might sound broken, the fact that it takes so long to lock onto players means that generally in a face to face firefight, the guy with the smart pistol is going to lose. But it does give you a leg up if your aim is abysmal.

That’s not to say that it doesn’t have its own flaws. Firstly is its shadow of a campaign. You can’t even call is a single-player mode, as it is still multiplayer. The campaign is simply an array of 9 multiplayer maps strung together with voiceovers and probably less than 3 minutes of cutscenes from all 9 maps. Whether you win or lose doesn’t matter to the story. It’s the most blatant on rails I’ve ever seen in a long time. And when you’re done? You repeat the entire thing again, except this time you’re the other team. While it does lend a bit of background and story to the game, I have to admit that I am still hazy about the details of the story. I tend not to pay attention as to who is the former student of who and why he is willing to sacrifice himself for the greater good when I have titans threatening to crush me under their steel-shod feet (and that happens to me a lot). I would also wonder why they have a 9 mission campaign when the last mission is such a letdown. 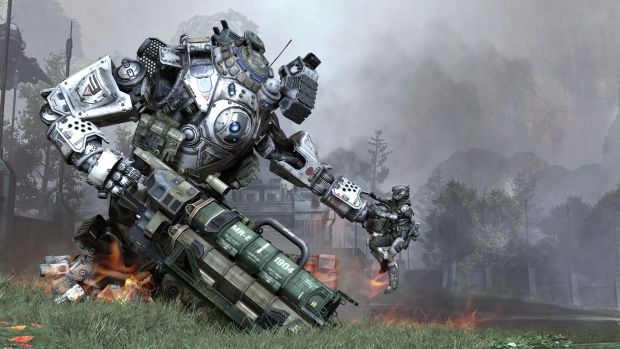 I understand if the limitations of their resources means that they need to concentrate on multipayer to the exclusion of single player, but $80-90 for purely multiplayer is a hard pill to swallow. It’s made even worse when basic requirements of multiplayer seem missing. Things like private servers, colour customizations, skill matching and especially clan options are strangely missing from what is touted to be a game that concentrates on multiplayer. Granted, apparently Respawn is going to be fixing that in the near future, but it would have been nice if it started out inside already.

Ultimately, Titanfall is a really fun game. It’s really REALLY fun. I still am hooked. But it is a bit pricey for something that comes with so little inside. Personally, what I want most out of this is a good expansion with a strong single player campaign mode. The universe is so beautiful and immersive, but we barely scratch the surface. I think I would shell out about $20-30 more for some story meat on the multiplayer bones. Unfortunately, the next $20-30 expansion is for maps. Whoo. 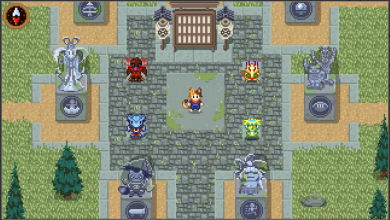