If Disney thinks it’s got the Best Animated Feature trophy in the bag next awards season with Incredibles 2 or Ralph Breaks The Internet, it’s going to have to face a strong contender in Sony Pictures’ Spider-Man: Into the Spider-Verse.

Spider-Man: Into the Spider-Verse is well aware that you already know all about Peter Parker, and so it spends most of its time introducing Miles Morales, an Afro-Latino teenager growing up in New York with his  loving parents. But when you’re at that age, parents might not be the best people to get you, and so Miles often seeks refuge with his Uncle Aaron. (Spider-Men and their uncles, amirite?)

While on an adventure with his uncle, Miles is bitten by a radioactive spider – albeit a different one that bit Peter Parker. But just as he’s trying to figure out his new powers, he accidentally stumbles onto a nefarious plot by crime boss Kingpin, who then attempts to silence him. Further complications lead to Miles meeting several other Spider-People from alternate universes, who have all been drawn to his reality by accident. Miles needs to return his Spider-allies to their respective dimensions, or risk destroying everything he loves. No pressure for a new teen hero, right?

… does whatever a spider can

Spider-Verse is visually STUNNING. (Yes, it deserves the caps.) We’re used to breathtaking cinematography in previous Spider-Man films with regards to all the webslinging and fight scenes, and this animated newcomer in the franchise doesn’t fail to deliver. There’s a particular scene of Miles leaping off a building into a backflip that still gives us chills.

There’s a lot to be said about the animation style too, which manages to position Spider-Verse perfectly as a comic book movie. For the most part, it is grounded and realistic with all the right textures and shading, but when certain scenes call for it, it segues into cel-shading and intense colours. The genius is that the transitions are so tastefully done! So while this movie definitely does not take itself too seriously, it never truly deteriorates into slapstick.

Spins a web any size…

Spider-Verse is an epic animated movie with a 2-hour runtime, and it takes full advantage of that. Spider-Verse boasts a really huge cast of characters, both good and evil, and an equally eclectic voice cast. We’re not going to reveal them all to you but they are pretty amazing adaptations of the source material and should be an enjoyable experience for fans of Miles Morales and Earth-1610. You also get to see a different side of Aunt May from any of the previous live action Spider-Man films and that’s a welcome respite.

But of course, the main draw are the characters from the Spider-Verse!

If your only knowledge of Spider-Man comes from any of the films in the past 16 years and the introduction of multiple Spider-People is stressing you out, fret not. Spider-Verse is very newcomer-friendly and does a quick and clever way of bringing you up to speed with Gwen Stacy as Spider-Woman, Peni Parker with her mecha suit SP//dr, Spider-Man Noir, and Spider-Ham.

These characters, particularly the latter three, are brought to life with their own distinct stylistic look, which is a clever way of highlighting “Yeah, they’re from out of town… or a whole other dimension.”

There’s really so much love for a movie that is clearly devoted to the source material, but never feels beholden to it. Fans will definitely enjoy the many blink-and-miss references, but the movie never alienates those with just a passing knowledge of Spider-Man.

For example, the flirtation between Miles and Gwen, while never progressing further than that, is a nice callback to their canonical romance in the comics. While the presence of a certain company gives long-time Spidey fans a well-deserved payoff in the final post-credit scene.

And while Spidey’s rogues gallery is vast (and you will get to see many of them in the movie!), it’s nice that the ultimate big bad is Kingpin, just in case people forget that Wilson Fisk made his comic book debut in a Spider-Man title.

Of course, with so many villains to contend with, it’s a good thing that Miles has several allies in his fight, in the classic vein of the Marvel Team-Ups.

Some might find the six-member Spider team too bloated and start to wonder, “Okay, but did we really need ____ in this film?” But it could also be seen as a creative choice to appeal to an all-ages audience. Peni with her mecha and Spider-Ham would be delightful to the youngest generation, Miles and Gwen have tweens and teens in mind, and the sardonic humour of Peter and Spider-Man Noir can be best appreciated by adults. Furthermore, the film’s theme of “Anyone can wear the mask” is further emphasised this way – we’ve always had a white male don the Spider-suit on the big screen, but now there’s Miles, Gwen and Peni deviating from that standard formula.

Look out, here comes the Spider-Man

The movie takes great effort to keep each Spider unique, but ensures that none of them comes across any less heroic. In particular, Peter Parker takes on a uniquely important role.

Producer-writer Phil Lord said in an interview that having Peter as a (reluctant) mentor to Miles was “a really neat color to put onto Peter that we hadn’t seen before”. And he’s right; Spider-Verse is really refreshing to watch because of this. Peter Parker is an icon whose story on the big screen is already known by various audiences. We’re well-acquainted with his struggle as a socially awkward high schooler; it is this relatability that makes him so endearing and appealing. Putting him in a mentor role where he messes up from time to time and is just doing his best is yet another #relatable characteristic that can be empathised with by many fans who are currently Adulting™.

Even with Peter getting ample screentime, the movie ensures that Miles, as the main protagonist, still gets the spotlight and isn’t overshadowed by his better-known predecessor. He undergoes the archetypal Hero’s Journey and it is undoubtedly Miles’ story all the way up to the the movie’s climax.

In the chill of the night…

At this stage, we truly have to laud the casting. Shameik Moore brings an earnest heroism as he voices Miles Morales, while Hailee Steinfeld is cool and confident as Gwen Stacy. New Girl’s Jake Johnson plays to type as a deadbeat Peter Parker who finds himself the father figure in need of redemption.

Liev Schreiber is epicly menacing as Kingpin while Mahershala Ali is criminally underused as Miles’ Uncle Aaron. But the casting awards need to go to whoever decided that Nicolas Cage should play Spider-Man Noir and John Mulaney make his big screen debut as Spider-Ham. Their voices were so distinct and recognisable and perfect that it was a testament to the movie’s storytelling that they made it work.

At the scene of the crime…

An unexpected creative decision the film had taken was to have Ganke Lee, Miles’ civilian best friend who knows his secret in the comics, relegated to what was pretty much cameo status. Undeniably, the film’s cast is stuffed, but it still feels a shame to have a fan favorite and one of Miles’ most prominent supporting characters not to be acknowledged by name, at the very least.

Another honestly minor quibble was the way SP//dr and Peni Parker were adapted. In the comic, SP//dr is an intimidating mecha, a blatant Evangelion homage. The size contrast between the hulking SP//dr and the petite Peni Parker is probably intentional too. In this movie, however, SP//dr gets the Baymax treatment and turns into a kawaii robot with a faceplate capable of communicating via pixelated emotes. Peni Parker isn’t spared either, going from a brooding child soldier to a cutesy exaggerated anime girl voiced by the truly talented Kimiko Glenn.

Admittedly, SP//dr is an obscure character with barely 4 years of existence, whose only appearances have been in the Spider-Verse storyline… but for the only Japanese representation in this American film to be kawaii-fied feels almost stereotypical. Then again, as mentioned above, it was likely a decision to make Peni and SP//dr more palatable to kids, which isn’t inherently a bad thing.

But if you want a REAL crime? Wait till the middle of the credits.

Aside from the expected Stan Lee cameo, there is a meaningful quote on heroism by him in the credits. While this is understandably a tribute to his recent passing, it might serve greater meaning to also have one by co-creator Steve Ditko, who passed on this year as well, albeit a couple of months earlier.

I mean, seriously. Stan gets his own individual tribute, and THEN ALSO gets to share an “in memoriam” with Ditko? Why couldn’t Ditko get his own obituary? This was a great opportunity to pay individual respect to a creator who’d been largely forgotten by mainstream audiences, but who’d made such important contributions to the success of Spider-Man as a character. That was disappointing.

Like a streak of light he arrives just in time!

But enough negativity. One shining light brighter than any other is the movie’s amazing soundtrack. Music features pretty prominently throughout the movie and Daniel Pemberton’s score keeps things fresh and on your toes.

Pemberton’s skills are truly put to the test because of how diverse the themes can get – I mean, we’re talking about going from the first Hollywood soundtracks for Spider-Man Noir to the Looney Tunes fanfares of Spider-Ham – but he comes out on top pretty impressively.

By the end of the film, you’ll be bopping your head and tapping your fingers along with Miles to Sunflower by Post Malone and Swae Lee. If you enjoyed Black Panther’s award-winning bop All the Stars by Kendrick Lamar and SZA, this is another song for your playlist.

The rest of the soundtrack (which is due to drop later this week!) features music from Nicki Minaj, Jaden Smith, Lil Wayne and Vince Staples.

Spider-Man: Into the Spider-Verse is a brilliant introduction to Miles Morales, a beloved Marvel character who has made a significant impact since his comic book debut earlier in the decade. It’s also the first time a Spider-Man movie doesn’t have Peter Parker as the lead. It kinda makes you wonder why it took so long for Miles to finally get his shot in the limelight especially when we’ve had three Peter Parkers within a span of two decades  but now that he’s arrived, Miles Morales is here to stay.

With a sequel/spin-off already in the talks, we’re excited to see just what Sony Pictures has in store for us with more unique Spider stories.

Spider-Man: Into the Spider-Verse officially opens 13 December, but fans have already had many opportunities to watch it beforehand since there’ve been sneaks since last Thursday.

Also, just in case we need to say it… stay for the post-credit scene! 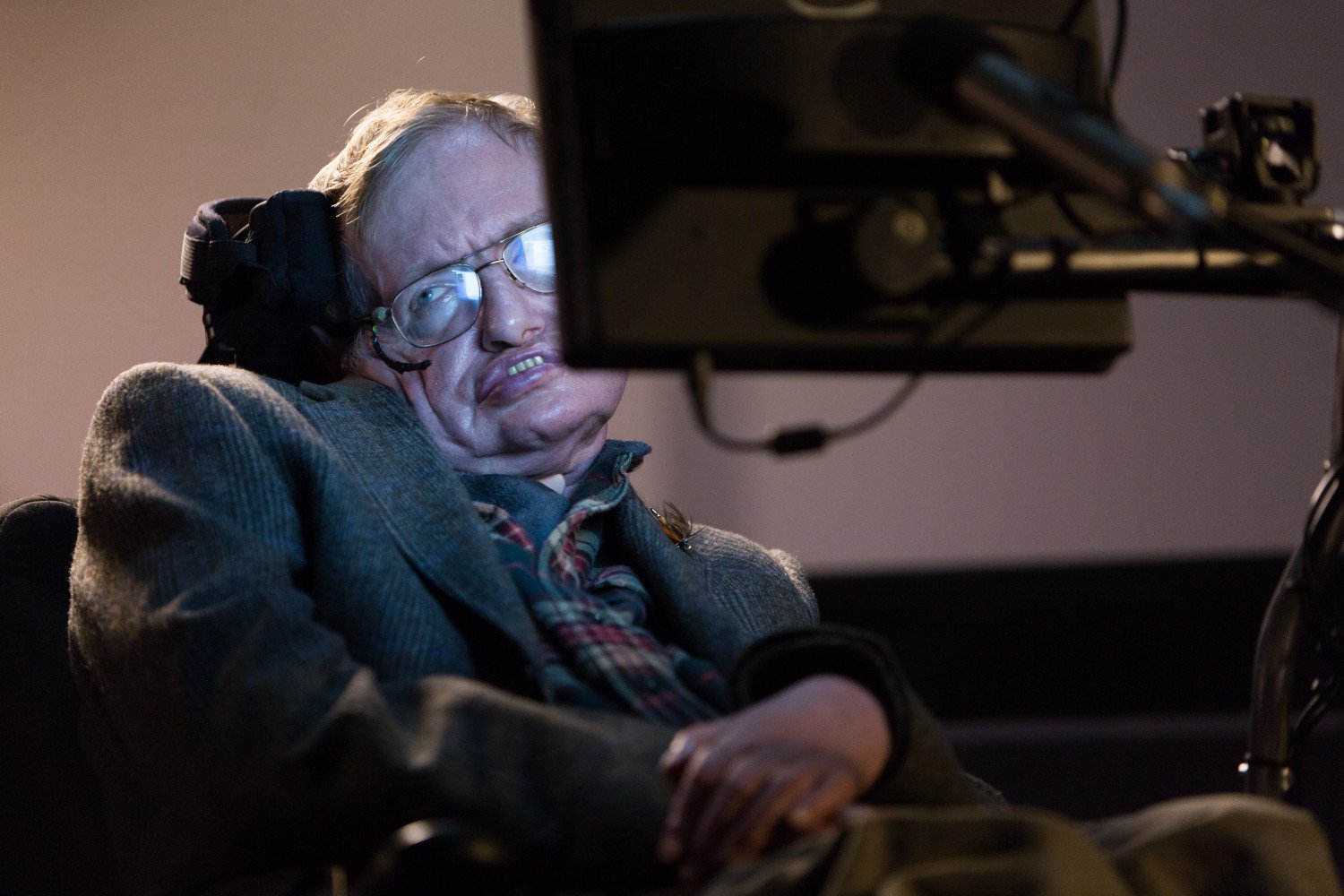