It’s the “non-sequel year” for Star Wars movies, and this year we get the pleasure of Solo: A Star Wars Story. If you’ve been living in the belly of a Tauntaun, this tells the story of the famous – and a much younger – Han Solo. 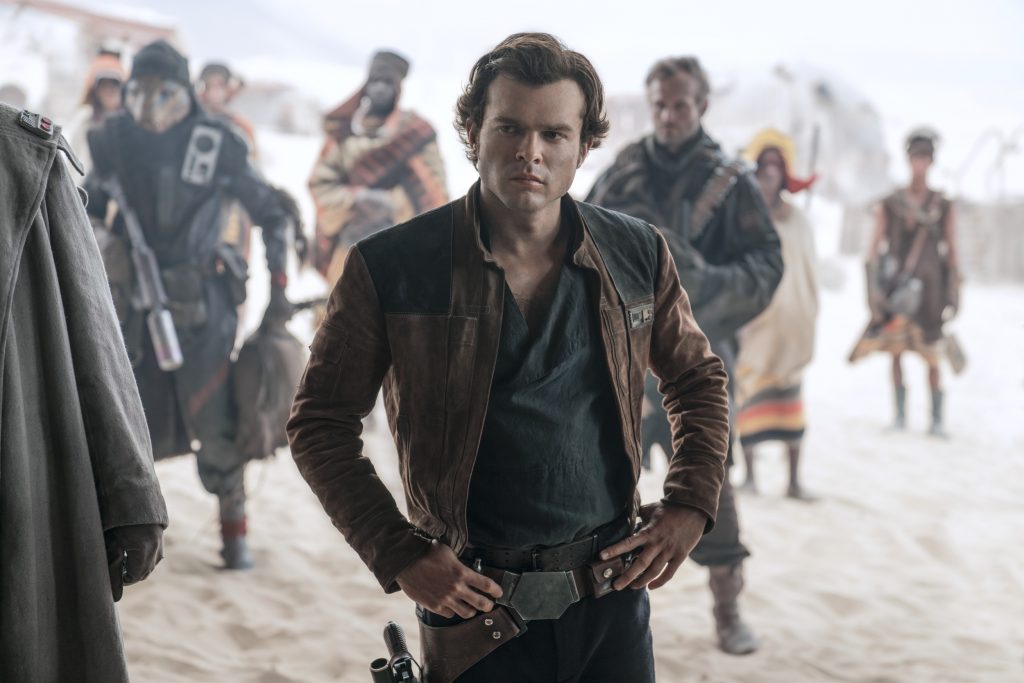 Like Han, the movie has had a storied past. It started with a change of directors due to creative differences, with the experienced Ron Howard stepping in for the Chris Miller-Phil Lord duo. It’s hard enough telling a story of one of the most beloved characters of all time, and such a rocky ride would have sunk most ships. But we’re talking about the Millennium Falcon here, and thankfully Solo: A Star Wars Story … isn’t bantha fodder. 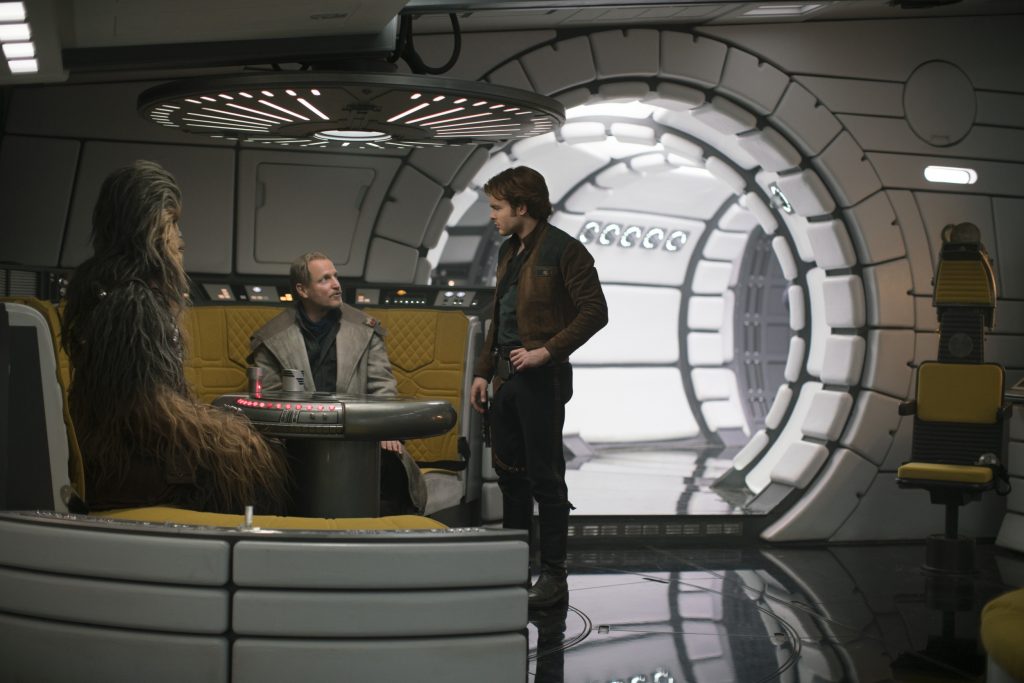 This is the perfect move for you, if you have ever wanted to see Han Solo’s exploits on the big screen. You’ll find out how Han Solo (Alden Ehrenreich) meets his copilot Chewbacca (Joonas Suotamo), how Han meets Lando Calrissian (Donald Glover), and how he came to become the scruffy-looking nerf herder we love today. Joining the old crew are Tobias and Val Beckett (Woody Harrelson and Thandie Newton), Qi’ra (Emilia Clarke) and crime-lord Dryden Vos (Paul Bettany).

This is a fun cast that they’ve gathered for the movie. Harrison Ford’s shoes are tough to fill, and while Ehrenreich doesn’t quite look like the part, he does manage to channel some of Ford’s roguish charm, while adding some of his own spin on things. I started off thinking that it was weird to see someone else in the role, but Ehrenreich really grows into the role as the movie continues.

But the real revelation is Donald Glover, who manages to be both Billy Dee Williams and himself at the same time. If Glover is going to be in more Star Wars movies – or even a solo Lando movie – count me in. Everybody else also do a great job at making it a fun movie, whether it’s the interplay between our favourite characters, to some of the new ones – especially a droid I’m sure many will love.

And so it’s a pity when Solo: A Star Wars Story just doesn’t quite take off. Admittedly, telling the story of Han Solo wasn’t going to be an easy task, and you can tell writers Jonathan Kasdan and Lawrence Kasdan did try to connect the dots between all of Solo’s famous exploits. But sometimes, some things are better off imagined. While the set pieces generally do a great job in bringing some classic moments to life, one might have imagined those moments … bigger? Not to say there aren’t epic moments, but maybe these might not be the epic moments you are looking for. This is a movie that you have to go in with a clean slate – but if you’re a longtime Star Wars fan, that isn’t going to be easy.

Still, there’s tons of distractions to entertain you along the way, and as the movie barrels from action scene to action scene, it’s frenetic, it’s fun, and it never gets boring. Still, you know exactly how some things will end, so don’t expect massive surprises.

Without a way to chart a new course, the movie in no way matches the amazing storytelling and lore-creation of The Last Jedi. But while TLJ shows us just how good Star Wars movies can continue to be, Solo: A Star Wars Story does help fill in the little cracks in the galaxy. If the movie never happened we wouldn’t be missing it, but now we have a fun 2 hours-plus in the cinema, and more Donald Glover. More Donald Glover is always good.

And if you’re a fan of the new expanded universe, Solo: A Star Wars Story does have winks and nods to the greater story out there, whether it’s the movies or the animated series. While I personally still miss parts of the Legends universe, this movie helps to flesh out the current story we’re in, which makes it a fun addition to the Star Wars mythos.

Solo: A Star Wars story opens in Singapore cinemas 24 May.

A visit to HBO's Grisse: The Eastern Western you were waiting for