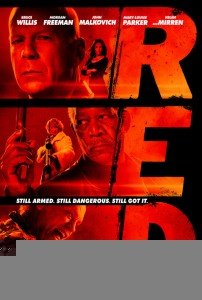 A reviewgitation of RED with

All our past reviewgitations have been comic book adaptations on the silver screen, but this one makes me wonder if we’re setting a markedly different kind of precedent. Sure, it got face-time at this year’s San Diego Comic-Con, but let’s not forget that Expendables got a Hall H panel as well, and you don’t see us scrambling to review that. But yes, technically speaking, this is a comic book adaptation and that’s why we went to see it.

We also went to see it because I wanted to – all thanks to Warren Ellis’ involvement. (It’s also the 2nd of 2 comic book movies we watched in one day, the other being Adele.)

RED is a movie loosely based on a Wildstorm comic by Warren Ellis under their Homage imprint. I say loosely because, though I’ve not read the three-parter, it’s rather clear that when adapting into a screenplay, brothers Erich and Jon Hoeber chose to abandon most of the original work and take it in a distinctly different direction.

I like how the movie is first and foremost a comedy. I, for one, doubt that the usually dark tone that Ellis tends to bring to his writing would have worked. Then again, the only Ellis work I’m familiar with is Thunderbolts, with “not having read Transmetropolitan” being amongst my many crimes against geek-dom.

I too have never read the comic – but Warren Ellis does tons of madcap comedy (see: Nextwave), and definitely loves bringing an absurdist element to some of his writing, so the adaptation taking this turn isn’t beyond the realm of logic. That being said Warren Ellis himself mentioned that the movie was going to be more of a comedy compared to the original, given that the Hoebers had to flesh out the story to match a movie length.

For a comic book movie, the casting was extremely star-studded and yet not over the top. It’s as if the intention of the producers was made particularly clear right from the beginning – get people who make action AND comedy look good.

Clearly, Bruce Willis is an obvious choice – the man broke into the business showcasing his comedic abilities, only to have them subsumed when he took on the iconic role of John McClane in the Die Hard movie franchise. As retired CIA black-ops agent Frank Moses, Willis also gets the opportunity to take potshots at his own career – with ludicrous action sequences that have you rolling in your seats with laughter.

I’d like to highlight one amazing set-piece. It was previously in the trailers, but you have to see it to believe it, so I won’t describe it here.

With Willis playing the straight man, John Malkovich gets the opportunity to bring insanity to the role of Marvin Boggs, the conspiracy theorist, and is the source of much of the laughs in the movie. Malkovich seems so suited for the character that you can barely imagine the role originally going to John C. Reilly who, while no slouch in the comedy department, just wouldn’t have fit quite as well.

And what about the rest of the gang? Helen Mirren is just perfect as Victoria – the retired agent that focused on wetwork – all regal and such, but also having such glee at doing all the little things with big guns that she’d missed since retirement. Her character was a joy to watch the moment she got introduced, watching the evolution of her weaponry of choice was a hoot, and yes, she gets to carry the biggest gun between all the characters.

And last but not least we have Morgan Freeman rounding up the foursome, playing an 80 year old with late stage liver cancer, but more than spritely enough for one last adventure. His role is probably the smallest of the four, and one gets the strange feeling that he’s Morgan Freeman acting as Morgan Freeman, but at least he’s not doing jobs like de Niro and Hoffman. 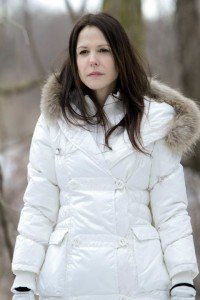 I was pleasantly surprised to see how relative unknown Mary-Louise Parker was holding up amidst such experienced talent, but as it turns out, Parker is the lead in Weeds – a show that will never reach Singapore shores legally. Nonetheless, she brings with her a likeability and charm that further emphasises what a huge casting coup this movie has pulled off.

Which, I suppose, tries to mask the fact that the movie itself, while an enjoyable, entertaining 111 minutes, was little more than action-comedy fluff. Despite the star power, the tight storyline and the steady pace, you always got the feeling that this had the unrealised potential to be so much more. I think the first casualty of the brilliant casting was that the heroes came across as being nigh-unstoppable. There was never a real, serious threat to them, which was further emphasised by how quickly the climatic showdown came and went.

That much is true – you’re really there to see how much higher they can explode stuff without the tension of how they might be able to survive the situation. After all, they’re not known as RED for nothing. For me the real weak point for the movie was actually the pacing – especially after they introduced Victoria. If not for Helen Mirren’s sheer scene stealing ability, at that point most of the crazy action set pieces had already concluded, leaving us to witness their attempts to work a plot together to save themselves, ramping up the quippy conversations and the size of the guns, but losing quite a lot in terms of quality of the set pieces, compared to such as what we get at the shipyard or when Frank tries to escape in a police car. 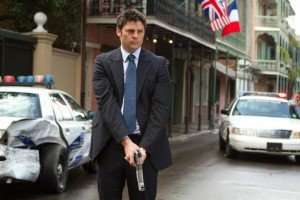 The other flaw in the movie was the convoluted string of antagonists, none of whom really came across as evil or malignant, with CIA agent William Cooper (Karl Urban) and Vice-President Robert Stanton (Julian McMahon) being more victims of circumstance than out and out villains.

As any comic-book fan will tell you, every good superhero needs a superior foe to make a great story – and the supposed twist at the end just made it seem like the plot had lost its desire to escalate, preferring instead to tie up all loose ends neatly.

That’s not to say that in the end, RED is a bad movie – because it is not. RED was extremely enjoy from beginning to end, and even a narcoleptic movie viewer (me) was kept awake just really wanting to see what silly shenanigans they’d be up to next. A pity that after introducing possibly the best character (Victoria) we’re left with less of the crazy Bruce Willis style action scenes, but nonetheless, this is a perfectly enjoyable movie that I think everybody will like after leaving the cinema.