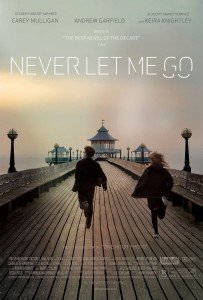 Released last year in the US, and on 24 Feb 2011 in Singapore together with a huge bunch of other Oscar worthy movies, Never Let Me Go is an adaptation of the Man Booker Prize nominated novel of the same title by Kazuo Ishiguro. A special mention in our top 10 geek movies to look forward to in 2011, it is directed by Grammy award winning Mark Romanek whose previous work included the thrilling but somewhat forgotten One Hour Photo starring Robin Williams in a very serious role – possibly due to a certain Christopher Nolan releasing Insomnia also with Robin Williams in a serious movie. Following the story of 3 young kids as they grow up in English boarding school right up till their lives are complete, Never Let Me Go studies the place of these 3 kids in a world which views them differently. 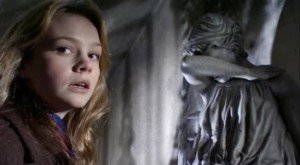 Carey Mulligan, Andrew Garfield (the new Spidey) and Keira Knightley, as Kathy, Tommy and Ruth (the 3 kids) respectively are all very watchable and bring a lot of gravitas to their characters, their acting on pitch for almost every scene they have to be in. Keira Knightley we’re all familiar with, and honestly I thought she was shockingly amazing in this show, having never been a huge fan of hers. Perhaps the only thing that could have been improved wasn’t her fault – the crew themselves professed that there was no way to make her look ill on top of her beauty. You might have seen Andrew Garfield in The Social Network as Eduardo Saverin, and he’s the one I have a little more issue with. I did come around to him at the end, but at times I felt he was a little too skittish. Carey Mulligan is the revelation in this movie, and while Doctor who fans might also remember her as Sally Sparrow in that very very famous episode: Blink (picture above). Here Carey really… carrys the movie, and watching her you can really see what’s she’s bringing to the character. We also have Charlotte Rampling as the head mistress of the boarding school, and acting wise you can’t go wrong in this movie.

Worth mentioning is the cinematography by Adam Kimmel, who also worked on Spike Jonze’s short film, I’m Here. What really serves to enhance the movie is how the camera just lingers on each amazing but quiet location in the film, and there were times when I had to really sit back and let the cinematography sink in, and the camera, like a living, breathing thing allows the thoughts and scenes to linger in our minds.

I won’t go too far into the plot so as not to spoil the subtle secrets that unfold as the movie plays, but I will go into some of the thematics. While I’ve mentioned amongst friends that Never Let Me Go is science fiction, it’s definitely not the kind you’d expect with epic laser fights and robots – instead what we have is the insertion of a “futuristic” concept placed in the past. This then, like all deep science fiction films, is used as a mirror to study the nature of humanity. What I find interesting is that the huge, looming, obvious question is left hanging and unanswered almost for the entire movie, as if it wasn’t really question at all. That, however, works very well, as we are allowed to get to know the characters are they are first before the answers come, by which everything becomes like a huge stab in the heart as the answer is not what any of us would have hoped for. And I do think that the answer, while not a direct one, really speaks volumes, and sadly, truth.

Having been ignored by the Oscars, and thus lost in the crowd of other critically acclaimed movies, Never Let Me Go is a quiet meditation on love, love lost, and what makes us human that deserves a watch. Never Let Me Go is still showing at a few cinemas in Singapore – so do take the chance to watch it on the big screen before it’s gone! 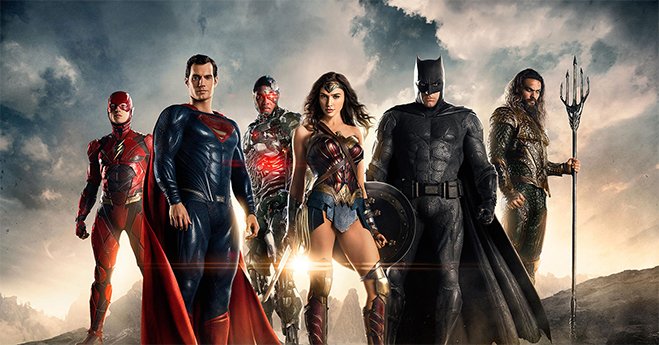