A big geeky Happy Holidays to everyone out there! Lots of great stuff on the racks and shelves this week, so put down that leftover turkey leg and head right down to your local comic store today.
(Thanks to party hangover I think the website only just shuddered awake – Ed.) 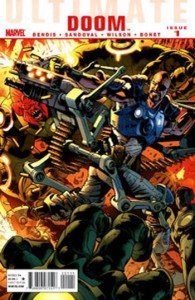 Ultimate Doom #1: While the rest of his titles like The Heroic Age Avengers line-up and Ultimate Spider-man may be getting lots more hype now than this mini-series, Ultimate Doom is really one of writer Brian Bendis’ more gripping works yet.

Set in the Ultimate Universe, this is actually the third and final act of a 12-issue long storyline that started in the Ultimate Enemy 4-issue series, followed by another four issues of Ultimate Mystery. A roller coaster trilogy that does deliver on a major ‘universe changing’ event as promised. No real surprise or spoilers here as what or who this ‘event’ is. All that has already been revealed in the earlier Ultimate Enemy issues, the big bad guy is none other than Ultimate Universe’s Reed Richards.

It’s a damn ballsy move, this ain’t a mind-controlled or Skrull-in-disguise Reed Richards here. Young Reed does go over the deep end and the former Mister Fantastic also presents a pretty good case on why he’s gone bad, complete with Anakin Skywalker-level, post teenage-angst ranting and raving. I thought it was an interesting twist to make him the mystery villain, never saw it coming and that’s how I like my stories to be.

Marvel fans will be pleased to find more familiar yet new faces making their Ultimate debuts in this mini-series. And artist Rafa Sandoval’s (Avengers Initiative) big fight scenes continue to wow me at every page. Only complaint I got with the entire storyline is how I wish it could all be more compressed, like if I wanted loooong fight scenes, I’d pick up a One Piece manga. The first two mini-series could easily fit into five issues, no need to stretch it out to eight issues but I’m sure the marketing guys at Marvel have their own reasons for that.

All in all, I guess it’s one of those cool epic storylines that I would prefer to read at one sitting when it’s all collected in one massive volume, cos waiting for the next issue right now is just killing me! 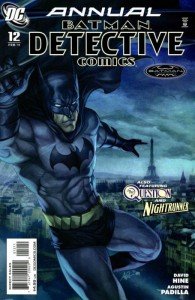 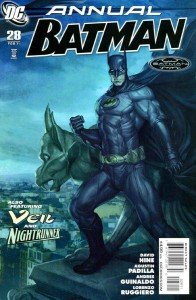 Starting in Detective Comics Annual #12 two weeks ago and ending in this week’s Batman Annual #28, this two-parter ‘All The Rage’ sees Batman…er… I mean Batmen swinging and leaping over the rooftops in Paris, France trying to solve a string of assassinations. David Hine is the scribe for both Annuals but this is all part of Grant Morrison’s new Batman Inc. direction. In case you haven’t heard, Bruce Wayne has publicly announced that he’s the billionaire who’s funding Batman all these years. So now Wayne is on a worldwide quest looking for more urban vigilantes in around the globe to wear the cowl. Hah, I actually got a kick seeing Wayne charm his way through the French government. But to be honest, I still haven’t decided if I like the entire concept of having a Batman in every major country or city. It just seems like something McDonald’s, Disneyland or even American Idol would do instead.

Anyway, the story also turns the spotlight on a cast of new and old urban heroes. We got the Veil, another female Gotham protector, Renee Montoya as The Question too shows up to lend a hand and next up is the debut of Night Runner, a Sunni Muslim French hero. Their appearances and back-up stories are quite entertaining and do add more color as well as substance to the main storyline.

It’s definitely not the best Batman story I have read but the characters, new and old, are all rather well developed, and their characterizations do help elevate both Annuals to slightly more than just a good read. 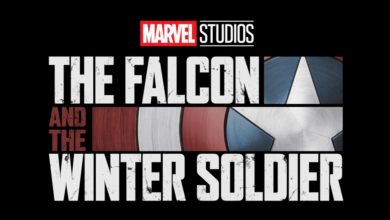