It’s almost Christmas and I got me a ton of titles to read before Santa drops another new shipment later this week. But first I just got to ask what’s up with Marvel double-shipping almost all their new Marvel NOW! titles like Iron Man and All-New X-Men? Same title twice or even 3 times a month? Really? I know it all looks great on the best-sellers charts but it’s a strain on fans’ wallets and switching artists mid-story just ain’t gonna cut it (Amazing Spider-Man #698 and #699, good story marred by a change in artists midstream IMHO). All right, rant over. Now hang on tight for some musings and as always, get ready for spoilers ahead. 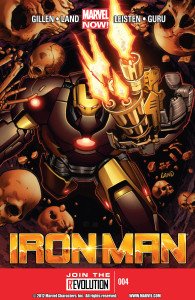 Iron Man #4. Talk about déjà vu, it’s not your fault if you think you already read this storyline somewhere before. It’s more or less a rerun of the classic Armor Wars saga where Stark’s Iron Man suit technology has fallen into the hands of various bad guys and Stark has to go on a globetrotting mission to shut down those armors.

In this latest version by new writer Kieron Gillen and artist Greg Land, Stark is on the hunt to retrieve or destroy four versions of the Extremis kits that are obviously now with some new as well as familiar villains. That’s pretty much all you need to know. It’s easy to get into the plot even right here at issue #4. And you can almost feel Gillen channeling Robert Downey Jr. into his Stark, not that I’m complaining but it’s a little too predictable, you know what I mean, the cockiness, the bravado etc. Yes, I know that that’s basically Stark in general but still, with a new series and team on it, I was expecting something more or unexpected being brought to the table. As for Greg Land’s art, well, there have been more than a few comments that his characters still have that “photo-referenced” look, and I’m afraid I have to agree with that. It has also got that stuck-in-the-1990s style if you ask me.

With this latest issue #4, I found it just average enough to make me want to check out the conclusion next issue that is probably due next week. Beyond that, I might continue with the title but only if there’s a change in the art. 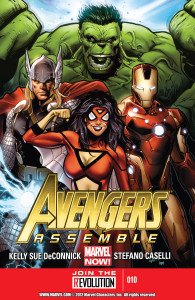 Avengers Assemble #10. Now I don’t care what Marvel says about how this title fits into current Marvel continuity. They may say that it ties in with what’s happening with the rest of the Marvel universe but as far as I’m concerned, Avengers Assemble reads way better if you read it as the big screen Avengers from this year’s hit movie. Cos Iron Man and the rest of the guys here definitely don’t act like they do in the other Marvel titles, especially the Hulk (and Banner) who appears to get along just fine with almost everyone else. Hey, it’s my way of coping with all that crazy Marvel continuity.

As for the story, I’m really enjoying writer Kelly Sue DeConnick’s work here, which is a strange thing to say since I didn’t like her current Captain Marvel stories at all. Well, she’s hitting all the right notes here with an almost classic Avengers lineup consisting of Captain America, Hulk, Thor, Iron Man and …er… Spider-Woman. A compelling storyline with a new smooth-talking villain by the name of Yun Guang Han and his plan to turn the world’s population into monsters. I like how she spilt the team up and how each individual member gets his or her opportunity to shine, be it in action beating up monsters or exploring the group dynamics between each other. Stefano Caselli’s art is another good reason to pick up this title. It’s bright, explosive and detailed. Every panel just pops up right at you.

Between all the other Avengers titles out there right now, I dare say this is turning out to be my favorite. 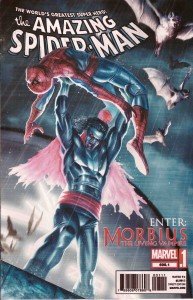 Amazing Spider-Man #699.1. A better title for this would have been Morbius #0 as this is pretty much a prelude to the upcoming new ongoing Morbius series by writer Joe Keatinge. If you are following Spidey’s main title right now, you aren’t really missing anything plotwise if you decide against picking this issue.

Basically, old Spidey villain Morbius the living vampire breaks out of maximum security prison the Raft during Doc Octopus’s escape in Amazing Spider-Man #699 and after a couple pages of that, the story spins into a 17-page long origin flashback. Geez, I thought it went on for like, forever! And with the reader already knowing how it’s gonna turn out (he becomes a vampire!), it just gets too tedious too quickly. So he escapes the Raft but where is the hook for me to pick up his new title? There were no new threats, no hints of any villains lurking in the shadows, no new exciting characters, no story direction, in other words no good reason at all to continue reading his solo adventures.

I say with Marvel double-shipping much better titles like All-New X-Men and Thor: God of Thunder, I suggest saving your money for them instead. 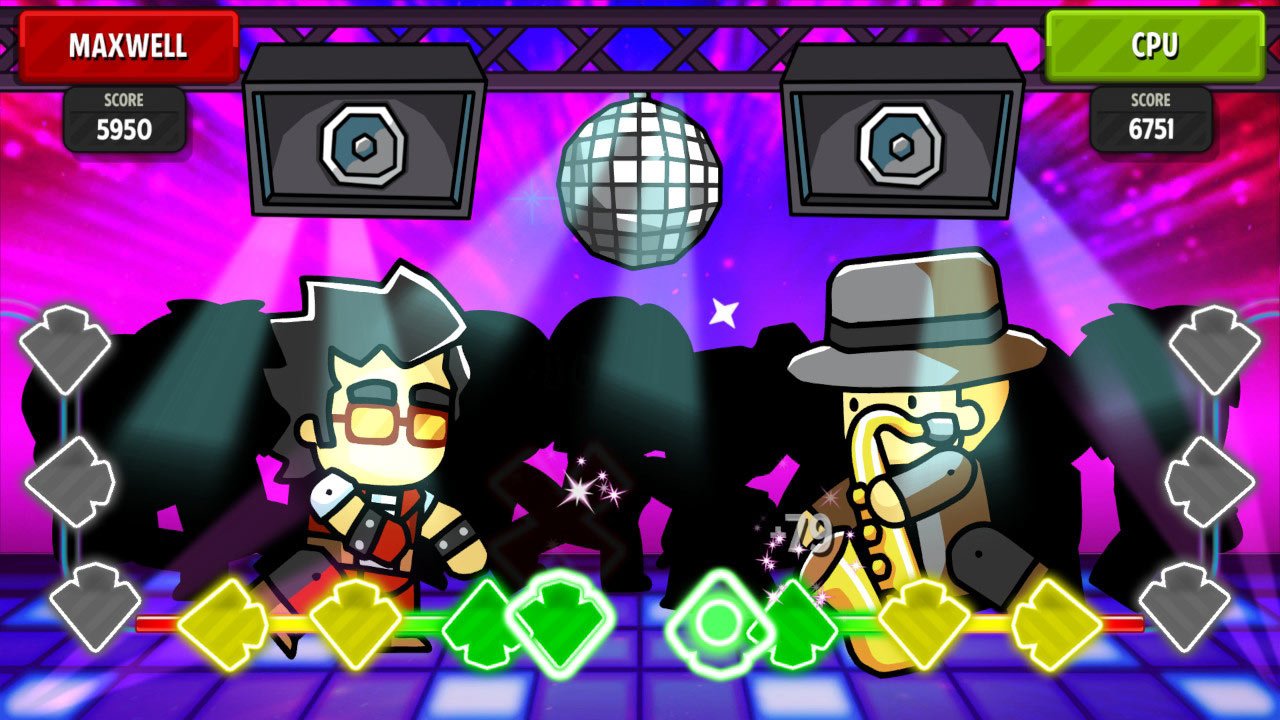