When you hear the word Mafia, you’d probably be thinking of La Cosa Nostra, the Italian mob. And when you think of the Mafia series of action-adventure games, you’re probably thinking of a protagonist with an Italian name who is slowly incorporated into the messy and violent life of organised crime. Not quite so with Mafia III. No, this time your (anti-)hero is a biracial Vietnam vet adopted by African-Americans living in a fictional version of New Orleans called New Bordeaux.Right off the bat, I have to say how much I appreciate that developers Hangar 13 and their parent company 2K Games clearly put in a lot of effort to bring Mafia III to life. The game’s creators have a clear agenda in mind, in getting you to control Lincoln Clay, a tall, muscular, good-looking African-American.

On the one hand, having an African-American protagonist in a video game is always a big deal – it’s one thing to be able to choose the colour of your skin in games like Fallout 3, it’s another to have an entire game revolving around the experience of an African-American. But the creators take it one step further, by setting the game in the South, in 1968, the year of Martin Luther King Jr.’s assassination, at the height of the civil rights movement.

Mafia III is a game that is, for the most part, anything but generic…

You see the colour of your skin plays a big role in the game. With segregation still a thing in the 1960s, the various districts of New Bordeaux create a level of difficulty. You start the game in Delray Hollow, a predominantly black neighbourhood. Here, you as Lincoln Clay, are well known and liked. People greet you on the street with kindness. Here, the police respond at a laughable pace to your crimes, sending only one squad car to investigate and quickly calling off pursuit if you try to outrun them.

After the first chapter, though, the difficulty starts to ramp up immediately. Missions bring you to predominantly white neighbourhoods. Your presence is met with fear and suspicion. Just entering certain locations like a restaurant will lead its occupants to contact the police if you do not leave. The police also arrive quicker and in force when you commit a crime, leaving you less time to react and hide or run.

But the statement of race relations in the 1960s goes way beyond gameplay. Even as you walk around the more well-to-do districts of New Bordeaux as Lincoln Clay, you encounter abuse, insults, even getting spit at on a couple of occasions. When you’re in a vehicle and switch on the public radio, you’ll hear racism on the airwaves. This is a game that doesn’t shy away from the experiences of African-Americans, especially in the South.

But the most generic thing about the game, is the gameplay itself

Sadly, Mafia III is not a perfect game. I am a big proponent of storyline, and this game delivered that in spades. But in terms of the actual gameplay, it falters and quite substantially. Nothing quite demonstrates this like the combat system.

Developers Hangar 13 are first to be commended on the staggering variety of solutions to each combat situation. Almost anything you can think of in combat, you can do. Lincoln Clay, being a special forces Vietnam vet, is skilled in all kinds of gun varieties, everything from an automatic pistol, to a sniper rifle. He’s got a variety of explosives at hand, including a voodoo doll called the Screaming Zemi which acts as a lure to multiple unsuspecting targets. You can even attach a bomb to a car, drive it down a street, leap out of it and have a hurtling heap of destruction directed at your target. Not a fan of the run and gun method? Lincoln is also a master of stealth, executing takedowns that would have him right at home with Batman in Rocksteady’s Arkham series of games.

So what’s the problem? You often don’t need this variety of combat options. I found the stealth option as good as a cheat code since, for the most part, the I in the game’s AI seems like a misnomer. You have the option to whistle and lure a single enemy to your location, which makes them approach you like flies to sugar, and they’re easily taken out. The others often don’t notice when their friend is missing, giving you the option to repeat the tactic till all your enemies are dead. On one occasion, I literally took out all the enemies in a location by not moving from my hiding spot and biding my time. No one seemed to notice the literal pile of dead bodies building up behind me till they were added to it.

The story is quite different in a gunfight. Raise the alarm, exchange bullets with your enemies, and they flank you, smoke you out with molotovs and generally do a pretty efficient job of murdering you. Which makes any encounter with the police, especially in the richer districts, a literal run for your life. So, stealth all the way.

But really, the game is a masterpiece… in every other way

1968 New Bordeaux is a character all of its own. The warm colours of day, the pastel skies at dusk, the ethereal atmosphere of a lit street at night. New Bordeaux is mostly a faithful recreation of New Orleans, yet with some artistic license in order to make gameplay easier, but there are times when just walking around the city truly makes you feel like a time-traveling tourist. The only gripe I have is that it doesn’t feel very populated. It’s like walking through a ghost town at times.

Like all good open world games, Mafia III gives you the option of hunting down collectibles. Looking for Playboy issues (yes, you sometimes get to enjoy more than just the cover, like finding the first Asian-American Playmate China Lee’s centrefold in the August 1964 issue – she was a New Orleans native too!), pin-up paintings from Peruvian artist Alberto Vargas, and album covers. Speaking of album covers…

The final detail I love about this game is the 60’s soundtrack. Featuring over 100 songs from the era, including the Beach Boys, Aretha Franklin, Creedence Clearwater Revival, Jefferson Airplane, Johnny Cash, Sam Cooke, Steppenwolf and yes, The Rolling Stones. In fact, I had honestly forgotten “Paint It Black” was that old, so it was a treat to hear it in Mafia III. On the other hand, it was sobering to be reminded once again that segregation and the civil rights movement weren’t that long ago, and that despite having had 8 years of the first African-American President, in many ways, so little has changed in the past half a century.

Mafia III is out now for PC, PlayStation 4 and XBox One.

Yesterday, 2K and Hangar 13 released a patch for Mafia III which included 11 new outfits for Lincoln Clay. It’s free! And this is only the beginning. In the works are more free updates for racing and vehicle customisation, before the paid DLC storylines are released. But you know what, if those storylines are as good as the main story, I’m down with that.

It's not every day you find a video game that allows you to experience first-hand the discrimination African-Americans felt in the 1960s. Worth enduring weak gameplay just for that. 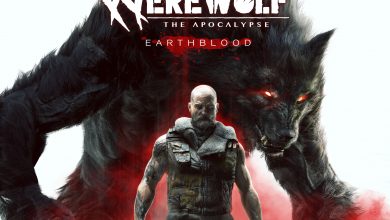 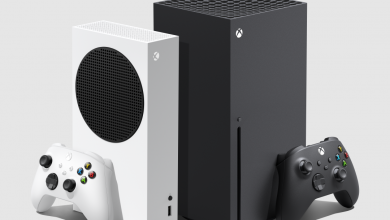