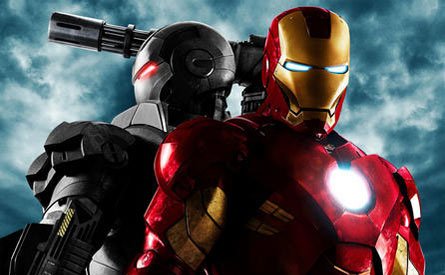 So us folk over here all the way in Singapore got to watch Iron Man 2 a good one week before our American counterparts, which strangely makes us happy about the threat of piracy. At least we think that’s the case in this situation. But of course, to lessen the blow on our American readers (and to get Korgath to finish his exams) we took our time to get to watching and here we are, our very first HBG 3-way reviewgitation.

It’s been a long wait for Iron Man to return, and the buzz surrounding it has definitely been of the good sort. Given how The Losers and Kick-Ass were somehow deemed not successful enough, it’s now up to Tony Stark and his merry cast to save the image of the comic book movie – at least so that Joss Whedon can get started on The Avengers. Early reviews have been mixed for Iron Man 2, and we dove into this movie to see why.

I’ll come right off the bat and say I really enjoyed Iron Man 2. It was a fun ride from start to finish, and even when trying to watch it with a critical eye I just couldn’t help but be whip(lashed) off my feet. Not to say the movie doesn’t have any faults; there definitely were times where I had the opportunity to actually say: “hey, let’s put a critical eye on this portion.” But these moments were fleeting.

Being the on-and-off Iron Man fan and the die-hard War Machine fan, I admit I set myself up with such high expectations for the movie that I would at least be somewhat disappointed no matter how good it was. It wasn’t a bad movie by far. In fact, I know it’s going to be one of those movies I’ll enjoy over and over again. But first impressions do count, and this didn’t quite live up to the first impression Iron Man gave me. That being said, I think it’s ironic (haha! First pun!) that the more leeway a director gets to develop a character, the less concise his movie gets (See: Hellboy 2: The Golden Army).

Actually, I put “irony” in the title. Just saying.

What they said. This wasn’t the geekgasm that was Iron Man 1. Granted, we still had a lot of fun. It was solid, but not the awesome that I think Iron Man 1 was. If there’s any sort of suspension of disbelief, I think then for that split second, it wasn’t as good as it could have been. Case in point: Where Jim Rhodes rides off with the War Machine armour.

Thought 1: Why would Tony Stark not just lock out the system?
Thought 2: Why they hell does Tony Stark just leave arc reactors lying around anyway?
Thought 3: Shut up and watch the goddamn movie.

And there’s lots more if you want to nitpick.

Ultimately, there was way too much context that the audience was expected to fill in blanks with. That’s fine, but I did expect more of Jon Favreau, especially after the tightly knit plot of the first installment.

I also think that the editing could be tighter. Maybe there was too much freedom with the directing as well as the acting. I’m in two minds about the ad libbing, While it might have been too gratituous in some scenes, but they make the characters that much more natural and believable. Robert Downey Jr as Tony Stark CAN DO NO WRONG. And man… I wish that Tobey Maguire and Kirsten Dunst had even an iota of the chemistry that Pepper and Tony had.

While I don’t think Pepper and Tony have perfect chemistry (and what’s up with Pepper’s tan?) but they have it in the shovels more than Maguire and Dunst.

OMG I HATE THAT TAN. That distracted me so much. Still, I SWEAR that when Tony Stark and Pepper Potts kissed, there was SQUEEING in the theatre.

This movie was more of a fanboy/Favreau/Robert Downey Jr fan/self service thing, but while it might be appreciated by some, it might be looked at as to self-congratulatory or wishy washy by others. I think it could have withstood a bit tighter editing. But if you ask me where one thing went wrong, I wouldn’t be able to tell you.

I would. Haha. Don Cheadle. And/or Scarlett Johansson. But that’s me, always picking on the actors, and expecting more from them.

Don Cheadle doesn’t look the part. Too thin? Honestly though, Terrence Howard vs Jon Favreau… is there even a choice?

True, but I still remember how Terrence Howard stole the screen when he came on as Jim Rhodes… Don Cheadle’s a fine actor, surely, but just doesn’t fit the bill.

Back to editing, I don’t know if the whole palladium/passing on legacies of the father/father-son issues thing was required.

I suppose that was some sort of way to add more dramatic tension to the whole thing. Maybe if they’d gotten rid of it it’d have been a much tighter film, it’s hard to say without actually editing it out. But then again, without it it’d really just have been a basic “villian pops out of woodwork let’s kill him” plot… so as a dramatic device I’d say it works. Also I think they’re trying to avoid the whole alcoholism thing, or at most just lightly hint about it, so that wouldn’t have helped to add drama.

Definitely. While I have issues with Howard Stark being made out to be this glorious genius of a man – I think it was crucial to have Ivan Vanko as the “What If” of Tony Stark. I like how Justin Hammer also got to mirror Tony Stark, somehow. Excellent choices of characters there – even if they’re both only loosely based on their comic book counterparts.

I FRIKKIN FRIKKIN love Sam Rockwell. I think the two people that made the move for me was the narcissistic wunderkund that Robert Downey does so well and the annoying slimy businessman that Sam Rockwell’s Justin Hammer was.

That little dance in the expo? So many people loved to hate that. He’s like at his smarmy best there.

Yes! Sam Rockwell was at his dramatic best in Moon, and now he’s being his slimey best right here. Do all expos and talks contain large explosions and big words that don’t mean anything? Yes, yes they do. This is why Expos > Lectures!

I think Tony Stark is an actual genius, and then Justin Hammer is just a business man with experience at showboating.

Justin Hammer in the comics has always been smarmy, but always an older man, one who undoubtedly envies the youth and energy of his competition, Tony Stark. So kudos to the casting directors for picking a younger Sam Rockwell for the role, and making Hammer’s snide attitude a clearer foil to Stark narcisissm. The comic book Justin Hammer probably needs an update now that Rockwell’s Hammer is undoubtedly here to stay.

We also need to talk about other things they did well. They had great fight sequences (albeit a bit too long, I think that’s what having more budget than you know what you can do with), great designs (OMG that briefcase suit), and COME ON.

POURED INTO A FRIKKIN RUBBER SUIT.

Scarlett Johansson’s breakout scene is definitely a joy to behold and had me pumping my fists the entire time. Very well choreographed AND well ended to boot.

I love Scarlett Johansson, but she just seemed really out of place the whole time and didn’t quite do it for me in this movie. Sorry, darling. Now Mickey Rourke, on the other hand… whoa.

I liked Mickey Rourke too, especially how much he loved his bird. I hope he (and his parrot) appears in the next POTC movie. And I’m still in love with the Hammer Droid designs, and not… what they called it (find out when you watch it!) A part of me was sad that they didn’t do Crimson Dynamo. He could have so easily done a Crimson Dynamo suit. But maybe they’re saving that (still, two Russian villains? not likely).

I think Crimson Dynamo would’ve felt too much like the first movie’s Iron Monger, so I think they’re justified by creating an Armored Whiplash, which was far more threatening than Iron Monger could’ve ever been. Pity about the way they had to end it though.

Seriously, the ending blow was such a letdown. I wish they finished it better. I almost think the first Whiplash fight was better.

I’m just hoping that deep down in their script they actually called Iron Whiplash “Crimson Dynamo”… it would have made sense, in a wink wink nudge nudge way.

Speaking of the first Whiplash fight, let’s talk about the briefcase suit for a bit. FANGASMIC.

Okay, the second trailer kinda spoiled the effect it would’ve had, compared to seeing it for the first time IN THE MOVIE. But it still worked for me because it’s actually a combination of two nods to the fans. The actual briefcase suit – which made its debut back in the 60s, and the Silver Centurion suit (the first to not follow the red and gold colour scheme since the original armor) which remains one of the most popular armours ever.

Totally. I love the suit designs.

Well, I don’t think once can ever see the briefcase suit scene enough times, so I didn’t mind being spoiled at all.

Yeah. the techie in me loves seeing the suit up and suit down. It’s like machines and a striptease all rolled into one!

The only thing that could make it better is if Scarlet Johanssen was in the suit.

Or not in a suit?

So it sounds as if Iron Man 2 is an imperfect film – it definitely is. But behind all these flaws really lies a great comic book film. Maybe like Kick-Ass it no longer really is made for general consumption, and you’d better have been a fan from the first installment – but I think there’s still lots in it to please the masses. And that pretty much sums it up – spotty in parts, but with so much fan-love that one cannot ignore the glee they were experiencing as they were making this film. And sometimes fan-love is all you need, especially when the spotty parts weren’t game killers. A good 8/10 for me.

Yes. I think we wish that we had a 10, but not every sequel can be amazing.

Iron Man 2 was undoubtedly a comic book movie, something which certain films featuring comic book heroes just aren’t. There were a lot of enjoyable nods to the fans, and ultimately, I cannot take Jon Favreau to task. He obviously had the fans in mind, just like he did for Iron Man. I’ll give it an 8/10 too, especially for the “Ex-Wife” (you’ll know what I’m talking about when you’ve watched the movie). I’ve gotta check to see if that ever appeared in the comics. Heh.

It was a solid 7/10, but not the awesome 8 or crazytastic 9 that I think Iron Man had. Again…. I think…. I think that Iron Man the movie suffers from much the same problems as Tony Stark. We both know they’re good. We just wanted them so much to be great, that when we even see a chink in their perfect armor, be it a loophole to nitpick or a ill-thought up fight in his house, we’re ready to judge and wish it were better, when really we should just be happy it (and he) wasn’t…. oh I dunno….

Well, Foggy Nelson was in the film… 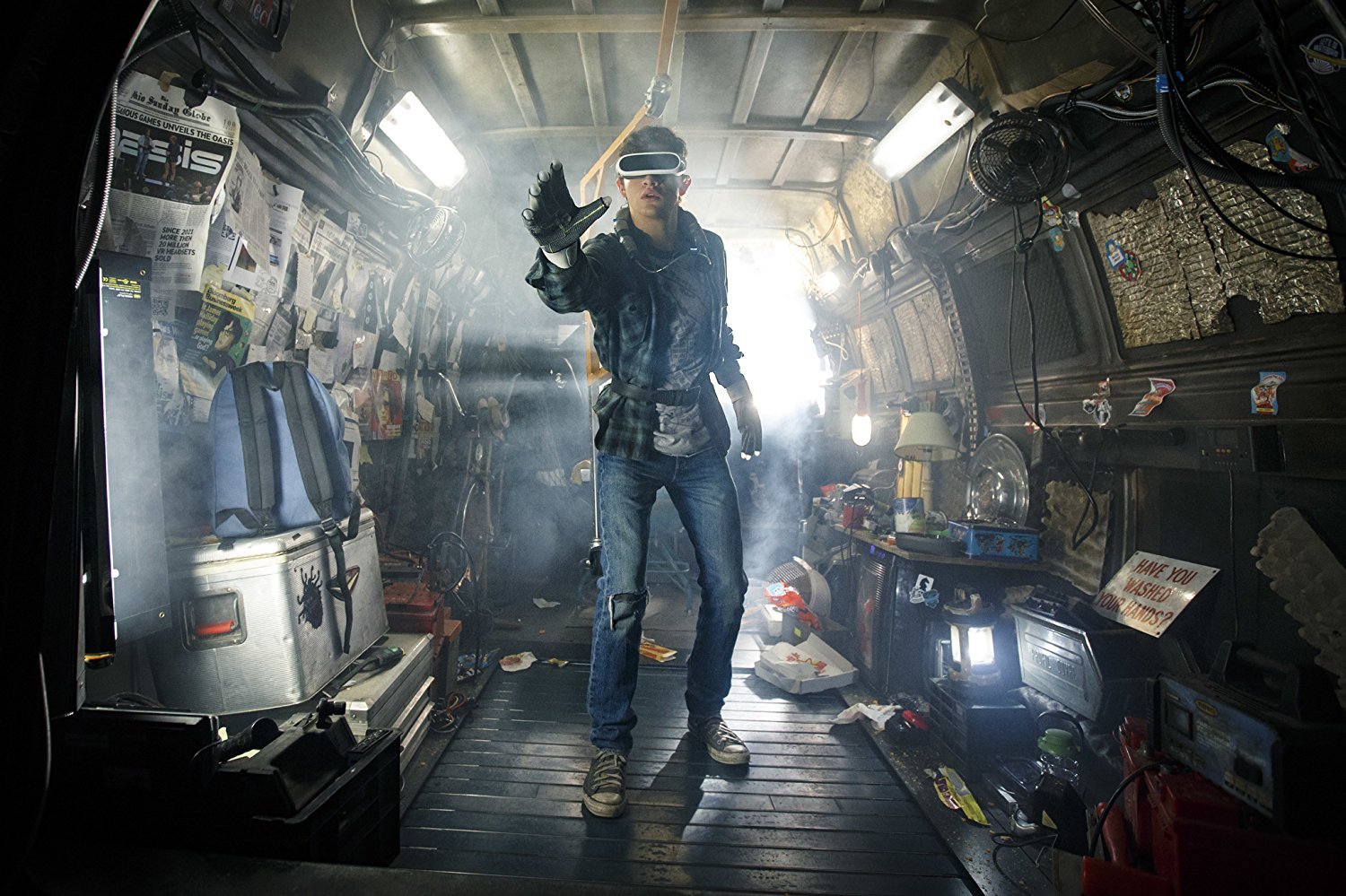