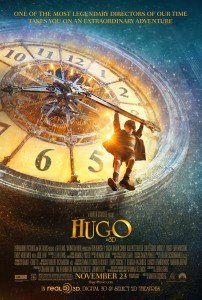 Hugo, the Martin Scorsese film that has garnered critical acclaim since its release last year, has finally made its way to our shores and opened in cinemas this past Thursday. It’s a case of better late than never for this movie, which has been nominated for 11 Academy Awards, the most for 2011, including Best Picture and Best Director. With the Oscars happening this weekend, Hugo is bound to break box office records in Singapore, especially once it wins for at least half the categories its nominated in.

But what exactly is so geeky about it?

Well, to begin with, it is adapted from the novel The Invention of Hugo Cabret, which author and illustrator Brian Selznick describes on his website as “being not exactly a novel, not quite a picture book, not really a graphic novel, or a flip book or a movie, but a combination of all these things.” Indeed, much of the wonder of the movie is actually the vision of Selznick and his almost storyboard like illustrations – the opening sequence in the movie, for example, is a faithful frame for frame recreation of the book. In an era where more and more illustrated books are becoming source material for mainstream movies, it is my opinion that Hugo remains among the top of the list of faithful adaptations. 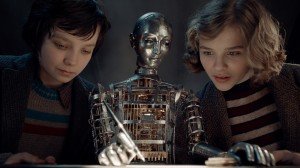 Despite, or perhaps in light of, being historical fiction and set in 1931, there was a discernably steampunk atmosphere, what with Hugo’s living quarters amidst the gears and clocks of the Parisian railway station – clearly an era of great change and development, but one that was also still reeling from the effects of “the Great War” a decade earlier. The introduction of an writing automaton shaped like a little child as well as the 1902 film Le Voyage dans la lune (A Trip to the Moon, for all you Francophobes out there), which is crucial to the plot, further adds to the geeky atmosphere. After all, Le Voyage dans la lune is hailed as the first science-fiction film.

Another big argument for how geeky Hugo is is perhaps in the choice of actors for the film. While director Martin Scorsese is not known for doing genre films, almost all the main and supporting actors have more than a tenable link to geek culture. Asa Butterfield who plays the titular character, is familiar for playing the young druid boy Mordred in several episodes of the reimagined BBC television series Merlin. Chloë Grace Moretz, who plays Hugo’s friend Isabelle, is of course no stranger to us – we loved her as Hit-Girl in Kick-Ass and in the U.S. remake Let Me In. Even the award winning Sir Ben Kingsley has had his share of geek movies including Species, BloodRayne and Prince of Persia: The Sands of Time, though I wouldn’t be alone in saying those critically panned movies are very guilty pleasures even among the geeky. 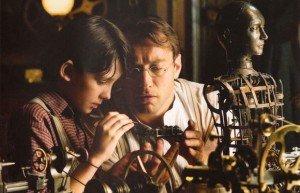 The supporting cast, all of whom steal the show each chance they get, include Christopher Lee (Lord of the Rings‘ Saruman the White and Star Wars‘ Count Dooku), and Frances de la Tour (Madame Olympe Maxime) and Richard Griffiths (Vernon Dursley) from the Harry Potter films. The movie even includes a cameo appearance by Jude Law (of Sky Captain, A.I. and Gattaca fame, among others). A truly geeky cast, if I may say so myself.

In terms of the medium, which has polarised geeks and non-geeks alike, Hugo joins Avatar in being one of few films created specifically in 3-D, as opposed to converting 2-D to 3-D for the sake of profit. Though Scorsese is a newcomer to the medium, he brings with him an uncompromising vision which gives the movie a new dimension that (pardon the pun) fell flat in a 2-D environment. Just be warned though, at 128 minutes, the show can be rather slow paced in parts (presumably to enjoy the 3-D effect more) but your eyes might feel tired by the end of it all.

But perhaps the most geeky thing about Hugo is the message: that even in the midst of fear and violence, of a world that’s fraught with uncertainty and cynicism, we should never cease in our quest for dreams and adventure, as we seek to reclaim our ideal, exciting future not just for us but for generations to come. Both in 1931 as well as today, I think that’s a message that will never cease to be relevant. 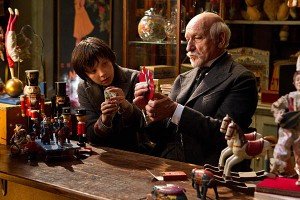 Hugo is a must watch for the young and the young-at-heart. A rare 9/10 from me!