There are some out there who would like you to believe that Guillermo Del Toro’s deft hand is the only reason why the original Pacific Rim was elevated from b-grade sci-fi action to cult classic. They posit that with the auteur’s attention turned other works, Pacific Rim: Uprising was left to wither on the vine, and would be a pale shadow of its former self. I would like to offer a counterpoint: Bullshit.

Now, let’s calibrate our expectations here. We don’t expect Pacific Rim: Uprising to win any Oscars (then again Guillermo Del Toro’s Abe Sapien Slash Fiction did, so what do I know). What fans of the prior movie want to know is; do you get a fun 2-hours of rock-em sock-em robot action? And I’d say yes.

John Boyega plays Jake Pentecost, estranged son of Idris Elba’s Stacker Pentecost. Considering his father was hands down the best character in the original movie and guy who did one of the best epic speeches in genre history, its understandable why Jake thought he had too much to live up to and decided to wash out of the Jaeger program. And that’s where we meet him; hustling in one of the slums that was never rebuilt after a kaiju-jaeger battle. There, he meets Amara Namani (Cailee Spaeny), a fellow street rat. They then run afoul of the authorities, and are forced into the Jaeger program in order to avoid serving jail time.

It’s not the most believable turn of events, but considering I’m here to watch robots and monsters the size of buildings duke it out, I can suspend my disbelief for a few plot points. It helps that both John and Cailee are both great to watch. John Boyega takes steals the show in his role as a scoundrel thrust into a position of leadership, channeling Han Solo in a way that he was never able to in Episodes 7 and 8. Cailee is just as fun to watch, and her character’s growth during the movie was surprisingly welcome. Both of the new leads lend a surprisingly human touch to Pacific Rim Uprising.

The returning characters do a pretty good job in the sequel too. Rinko Kikuchi, Charlie Day and Burn Gorman lend the requisite amount of seriousness, schizophrenia and neurosis, respectively. Even some of the bit parts are played pretty well, which is something I didn’t expect from the movie. The new jaeger recuits were decent, something I didn’t expect from young actors and actresses. Another thing that I was pretty impressed by was the way they explained in the contribution by the Chinese. Jing Tian plays Shao Liwen of Shao industries, a company that is angling to phase out the need for drift compatible Jaeger pilots with their use of drone and human piloted jaegers instead. It’s refreshing to see a Chinese face with a significant role to play, and with a comparable amount of lines in the movie. In English AND Chinese!

It’s true that none of the supporting cast in Pacific Rim: Uprising can even compare to the over-the-top awesomeness of Ron Perlman’s Hannibal Chau or the Cherno Alpha Jaeger pilots. But considering we got John Boyega and Cailee Spaeny instead of Charlie Hunnam, I’d say that overall Uprising may actually be better than the original. In terms of human factor anyway. There was even a bit of character development I was really impressed with. I can’t talk about it because *spoilers* though.

You Haven’t Even Seen my Final Form

Of course, good characters are great and all, but Pacific Rim: Uprising sinks or swims based on its action sequences. Unfortunately, I have to agree that Pacific Rim edges out the sequel in that regard. While all of the action in Pacific Rim: Uprising is pretty good, I don’t think any of the fights is as mindblowing as the Hong Kong sequence in the original. That being said, they’re not bad. The atmosphere of the original fight scenes were great, but the darkness made some bits hard to parse. In contrast, most of Pacific Rim: Uprising’s fight scenes are done in broad daylight, which is a double-edged sword. Action sequences are definitely a lot more understandable, but the harsh daylight does render some bits a tad cartooney. 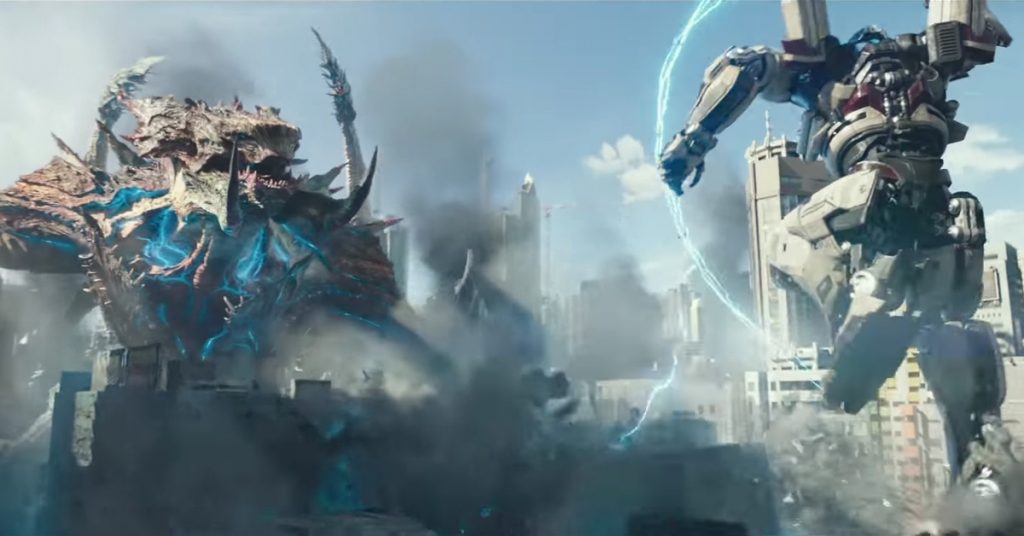 Still, any fight scene in Uprising is light years better than any of the Transformers movies, that’s for sure. Similarly, while the fights between Jaegers and Kaiju don’t have the heft of the original, there’s still enough weight beneath each punch and kick to make the movements believable.

The most egregious flaw that Pacific Rim: Uprising commits though is in its designs of the Kaiju and Jaegers. That’s the bit where I miss Guillermo Del Toro’s hand the most. He is the master of the visual and of world building. There is nothing in Uprising that even resembles the awesomeness of Cherno Alpha and Crimson Typhoon.

We are Cancelling the Apocalypse

While the world isn’t as neon fluorescent and over the top as the original, I think that the human touch in the sequel goes a long way to convince me it’s okay. Yes, Jake Pentecost isn’t as heroic as his father, but he did what needed to be done, and that’s good enough for me. Yes, Pacific Rim: Uprising may not be as epic as the original, but it got me excited about Jaegers and Kaiju again, and that’s good enough for me.

Feast on season 2 of Santa Clarita Diet from today 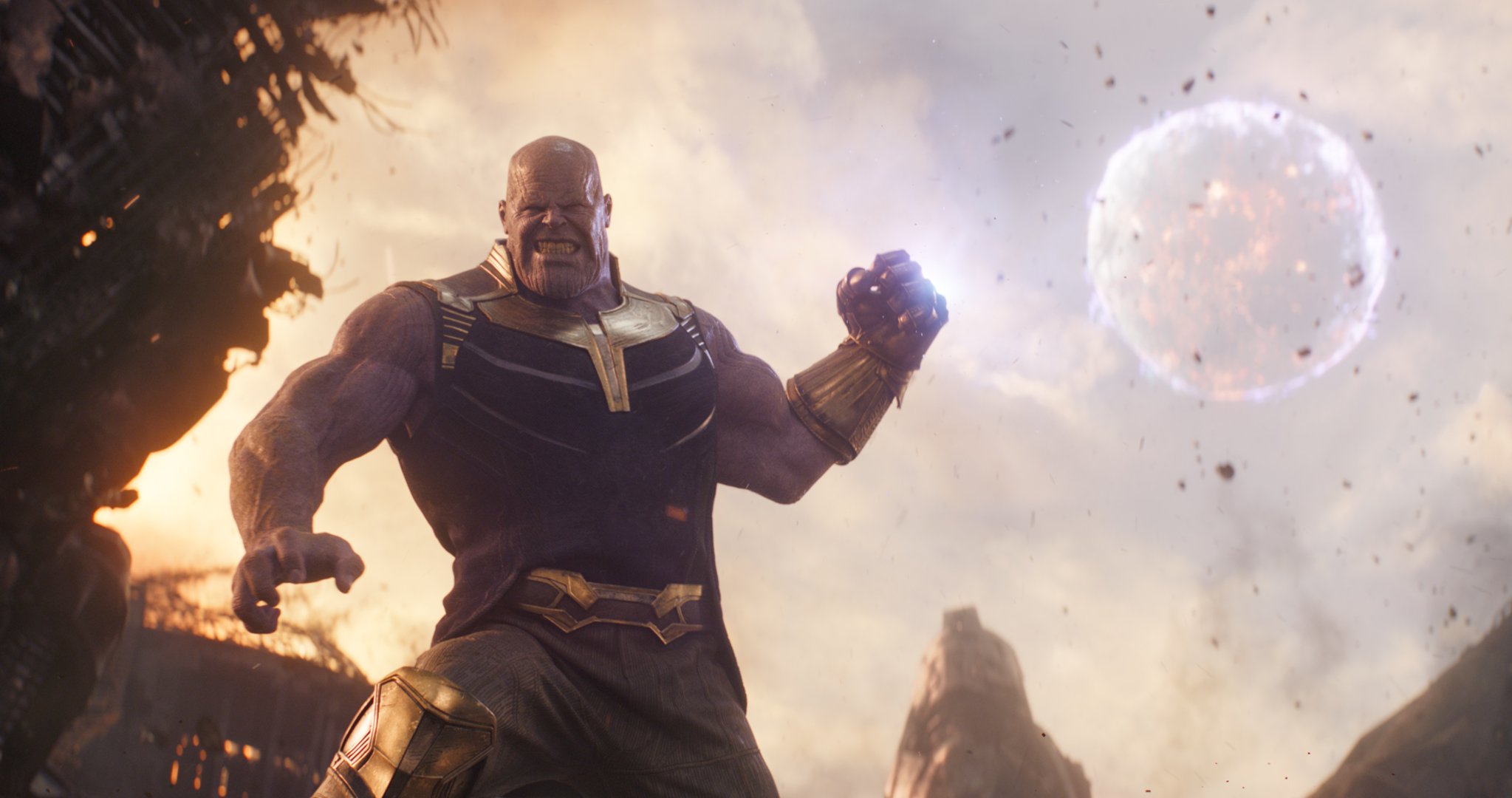