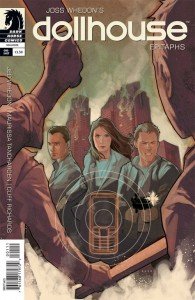 Let us think back to a time when Dollhouse was still on air, and we would on every Saturday without fail await the release of the latest episode. We would even write about it (irregularly). While these days we have Fringe to enthrall us on Saturdays, Dollhouse harkens back to another time, a time when a Joss Whedon show was on air, a time of Enver and Dichen and Fran and Tahmoh and Miracle mesmerizing us with their exotic names. And just like Buffy and Firefly, Dollhouse lives on on the printed page, courtesy of Dark Horse. Last week brought us a prelude for the new series, titled Epitaphs, and it’s written by Jed Whedon and Maurissa Tancharoen, and illustrated by Cliff Richards (probably not the singer).

First released as a pre-order bonus to the season 2 blu-ray, Epitaphs is being reprinted just as the new “season” of Dollhouse is set to be released in July. Just like the episodes titled Epitaph (One and Two), Epitaphs is set just before and during the post apocalyptic future of Dollhouse (did you know that Epitaph One had it’s world premiere in Singapore?), and we get to witness the entire world being wiped and degenerating into violence. 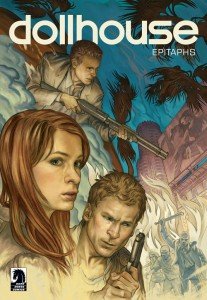 There’s not much to spoil here, especially since if you’d really wanted to read it you’d have pre-ordered the Blu-Ray or tried to find it second hand (the comic comes free with season 2), for as the story tells us what leads up to Epitaph One and Two there’s can only be so many surprises. Still, what Jed and Maurissa have done here is to tell us a simple tale of how the shit went down, and it’s this focus on the people that brought (and continues to bring) heart to the Dollhouse universe. Too bad in 21 pages, especially after the setup there’s not much time to get to really know any of the new characters. There’s a pretty exciting ending with a welcome surprise, and if you were wondering, yes that’s Felicia Day on the cover, so we do get to meet Mag and gang. It’s a one-shot, it’s a fun read, and while it’s definitely on the pricey side (USD$3.50, like most one-shots these days, except those “drawing the line”), and if anything we do get to dive back into the Dollhouse universe just for a while – and you can’t fault anybody for wanting that.

I do, however, have a huge issue with the upcoming series. I’m not entirely sure what it’ll entail, but given the way Epitaphs ended, it looks like the series will take place in 2019 and after, which is going to be a whole lot of dreary and brown and stuff. What I’m really keen on reading is Dollhouse set in the current day – sure, we could do with a lot less of Britney “Echo” Spears, but apart from that there’s a whole lot of story to be told, and the dollhouse mechanic definitely gave the story a chance to deal either with episodic stuff, or longer, longform story based tales – and if done comic style I think would be real kickass to read – after all I think we miss Sierra, Victor, Whiskey, Topher and the others way more than we miss Mag. (No offence to Felicia Day! We would date your avatar!) July 13 is not too long a wait – so get Epitaphs, get your Dollhouse juices flowing again, and we’ll see what Jed and Maurissa have up their sleeves! 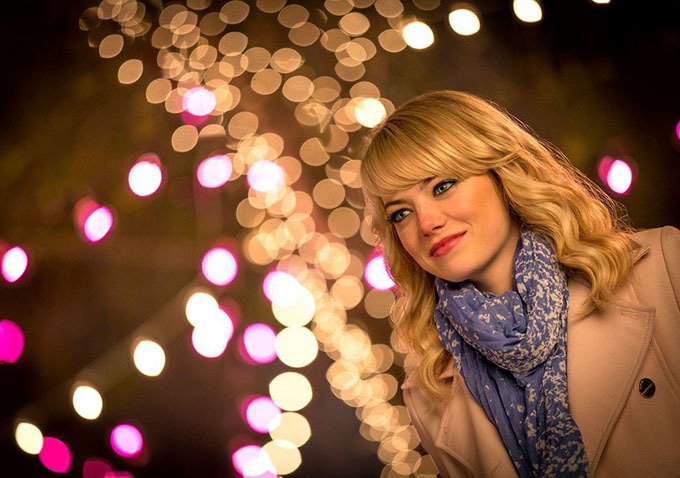