Captain America: The Winter Soldier finally opened here in the US yesterday, and we’ve got our review of the movie right here! If, like me, you’re still hankering for more adventures of Steve Rogers and Natasha Romanoff, Marvel has recently released Captain America: Homecoming, a self-contained story set in the time between the The Avengers movie and Winter Soldier.

Written by the very dependable Fred Van Lente (Cowboys and Aliens, Incredible Hercules), with art by veteran Tom Grummett (Superman, Superboy), this is a great opportunity to introduce fans of the Marvel Studios movies to comic books in general.

Set firmly in the Marvel Cinematic Universe, the story begins with Steve and Natasha going incognito in Brooklyn, where Steve reminisces about how much things have changed in the neighbourhood since he grew up there in almost a century ago. In an interview with Newsarama, Van Lente reminds readers that in the Marvel Cinematic Universe, Scarlett Johansson’s Natasha has not been around for as long as comic Natasha in Marvel’s continuity, and so she would relate to Steve not as contemporaries but in a different way.

An attempted ambush by a team of terrorists causes the heroes to suit up and literally leap into action, sporting their Winter Soldier duds. In a nice touch by the storytellers, the terrorists have on file the previous costumes worn by our heroes as seen in the Battle of New York from The Avengers. It’s a subtle and efficient way of reminding readers that this story is set in the time between the The Avengers movie and Winter Soldier.

We find out that Cap and Black Widow have been tasked by Nick Fury to protect a new character, Nobel prize-winning scientist Professor Amanat, while the terrorists are there to kidnap the Professor, who happens to work for S.H.I.E.L.D. Tom Grummett then treats us to several action-packed pages, many panels featuring Cap utilising his iconic shield to take out multiple opponents at a time. It’s a rather exciting adventure, but that’s all it is, unfortunately.

Van Lente’s job was to write a story that was “accessible for a wide, mainstream audience” and he definitely did just that. The story in general is simple, there’s not even the hint of a plot twist or any repercussions as a result of this adventure. It wraps up a little too completely. Which is a little disappointing, because when you get a comic book this accessible, you hope new readers will be inspired by it to pick up more comics.

That being said, there is a follow-up I can suggest. Learn more about Marvel Editor Sana Amanat, the inspiration for the character of Homecoming‘s Professor Amanat. Earlier this year, she helped launch a new title called Ms. Marvel, loosely based on her own experiences growing up as a Muslim and of Pakistani descent in New Jersey. She has since presented a TEDxTeen talk that talks about those same experiences, which is definitely worth a listen.

The one bonus of getting Captain America: Homecoming is to read a reprint of Captain America #117 from 1969, featuring the first appearance of the Falcon! In this rarely reprinted issue, Steve Rogers is trapped in the Red Skull’s body and marooned on an island controlled by former Nazis. Befriending and training a social worker to be the costumed hero, the Falcon, Steve finally gets the upper hand over the Red Skull and the Falcon becomes Cap’s longtime partner.

For 41 pages at $3.99, Captain America: Homecoming is a worthwhile pick for younger fans of the Marvel Studios movies who are interested in getting into comics. Buy it as a gift for someone you know! 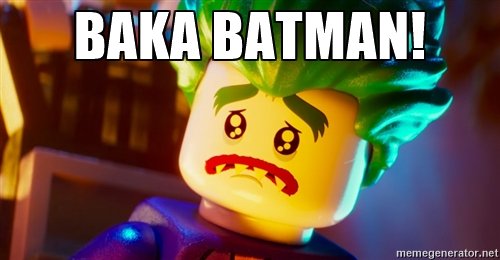