The first episode of Avatar’s sequel The Legend of Korra has been released (and we’ll talk about that… soon), but I wanted to start out with a review of another sequel/spin-off… the Promise. And I’ll have to say in a world with M Night Shyamalans and Mass Effect 3 endings, it’s goddamn refreshing to have someone do a sequel/spin-off- and DO IT RIGHT. 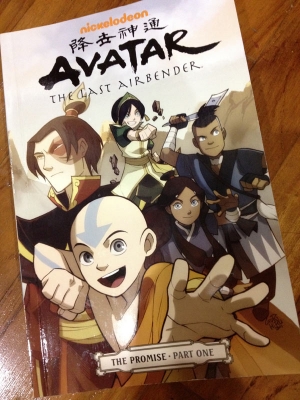 (Minor spoilers after the cut)

Having come out at the end of January, the Promise more or less carries off where the last airbender stopped, with Aang, Zuko and the gang trying to rebuild the world after the Fire Nation 100 year war. Iroh is happy in his new teahouse, Mai is now BFFs with the Kiyoshi warriors, and Aang and Katara are making oogies for everyone. Sadly though, while most of the Fire Nation has rallied behind Zuko, there are still dissidents who are angry at the Fire Nation’s new peace-mongering ways. And they come from people you might not expect. 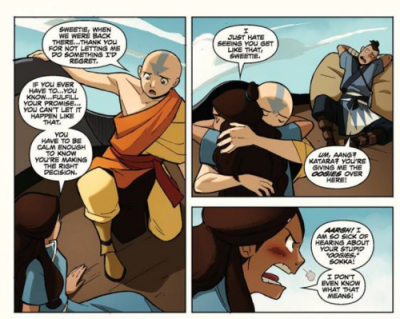 The plot is an interesting continuation of the original series (you’ve won the war; now what?), and forces the kids to grow even further when you find out that ‘ending’ something doesn’t necessarily make it better. The characters we love are again shoehorned into areas they’re not used to (a relationship for Katara and Aang, and statecraft for Zuko), and of course we have enough juicy bits for all the Avatar fans. We have small easter egg shout-outs (fan favourites Smellerbee and Longshot return), and unfinished business from the series gets tantalizingly dangled before our noses. 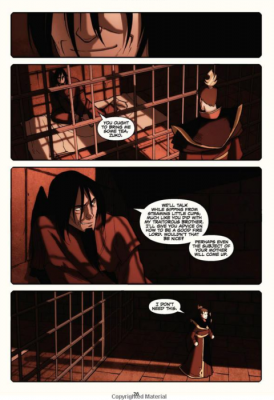 The new characters are a little bit hit and miss though. I like the new ‘kinda’ antagonists; they seem to have sufficient depth and motive for what they’re doing. Toph’s new disciples (yeah, she’s SIFU Toph now!) though…. they’re a bit two dimensional. Then again, they seem more like a throwaway gag and bit parts more than anything else; maybe it’ll change in Book Two.

One thing that always tells me that a comic (or book) is a faithful representation of a cartoon (or TV show) is that I hear the characters’ voices when I read. And this happened all the time in the book. There are lines in the book that would not be at all out of place in the cartoon series. Sokka especially. And his oogies. (SOKKAPOW!) And so I heartily recommend The Promise to Avatar fans out there. It’s a good continuation of the universe, and at the very least… It’s going to scratch your itch till April 14th.

Avatar the Last Airbender: The Promise is printed by Dark Horse comics and should be out in stores now. Part two comes in May, and Avatar: The Legend of Korra comes April 14th.

The Hunger Games movie review: We've all run out of puns about hunger and games so watch it, "the!"