Dear 2011, you were one of the most momentuous years of my life, yet ironically, you gave me very little to geek about. What’s up with that?

Seriously though, there’s thankfully still some things of note, and since Kakita‘s already done his list, it’s now my turn to share what was geeky good about these past 12 months. Not surprisingly, they’re all comic-related, yet each comes via a different medium. 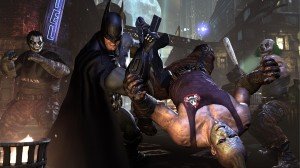 It’s funny because I never did get around to writing a review of what I feel is the best game of the year, mostly because I spent too much time playing it. Without a shadow of a doubt, this does prove that lightning does strike the same place twice, as Batman: Arkham City is every bit like its predecessor, Arkham Asylum, with more Batman. Sadly, the replayability is low – once you’re done with the main plot and all the subplots, you’re only left with the Riddler’s puzzle challenges (where the over-reliance on reaction and trial-and-error just frustrated me to no end) and the challenge maps, which include both combat (where you fight hordes of thugs) or predator (where you use stealth to try to take a handful out silently). Unfortunately, I am not skilled at any and quickly lost interest.

Nonetheless, Arkham City was sufficient to keep me occupied for over sixty hours, which, in my opinion, makes it worth every cent. 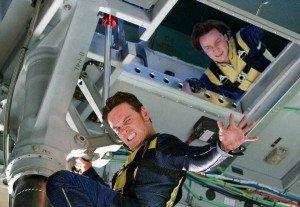 Going to cop out here and not single out any of the Marvel movies in particular, though in order of preference, it would be X-Men: First Class head over heels over Thor and Captain America: The First Avenger. Ironically, coming into 2011, my least anticipated Marvel movie was Matthew Vaughn’s mutant prequel set it in the Cold War, but in spite of the lack of hype (or maybe because of it), First Class managed to capture the imagination the way the other two Marvel produced movies just never did. What the other two movies did do, however, is set the stage for 2012’s Avengers movie, my anticipation of which far surpasses any movie to date.

All in all, it was a great time to be a Marvel fan, and both Chris Hemsworth, who played Thor, and Chris Evans, who played Captain America, exceeded all expectations in bringing these two Avengers to life on the silver screen. It also didn’t hurt that DC’s Green Lantern was a critical flop, making the Marvel movies look like pure box office gold in comparison. 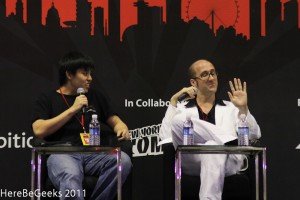 Of course, our year wouldn’t be complete without attending our very own Singapore Toy, Game and Comic Convention, which was organised by Reed for the second time since they bought over the rights last year. As with last year, we were very proud to have been associated with the event, and being asked to moderate some of the panels again. We came up with a list of people to thank the last time, and just reading through it again reminded me of just how much fun we had.

With the announcement that STGCC will be held at the Marina Bay Sands next year, I have no doubt that it’ll be bigger and better. Not to mention that, after Matt Fraction in 2010 and Kieron Gillen in 2011, I’m hoping we’ll get newly announced Astonishing X-Men writer Marjorie Liu to come by next year. That would be an absolute dream come true.

True, I didn’t go to NYCC like I hoped, but in a year that saw the opening of Harris Planerds – Singapore’s first truly geeky bookstore, being quoted in our local newspapers thanks to Life! reporter Nicholas Yong and just celebrating yet another year of HereBeGeeks, I’d say we’ve had a good 365 days. Here’s to a geeky 366 days in 2012!