Singapore got close to infinity when some of the stars and crew of “Avengers: Infinity War” came down to the Marina Bay Sands for their press conference. Robert Downey Jr. (Iron Man), Benedict Cumberbatch (Dr Strange), Karen Gillan (Nebula), Joe Russo (Director) and Trinh Tran (Executive Producer)  were there, as regional media gathered – many of them ardent Avengers fans themselves. (Like us!) 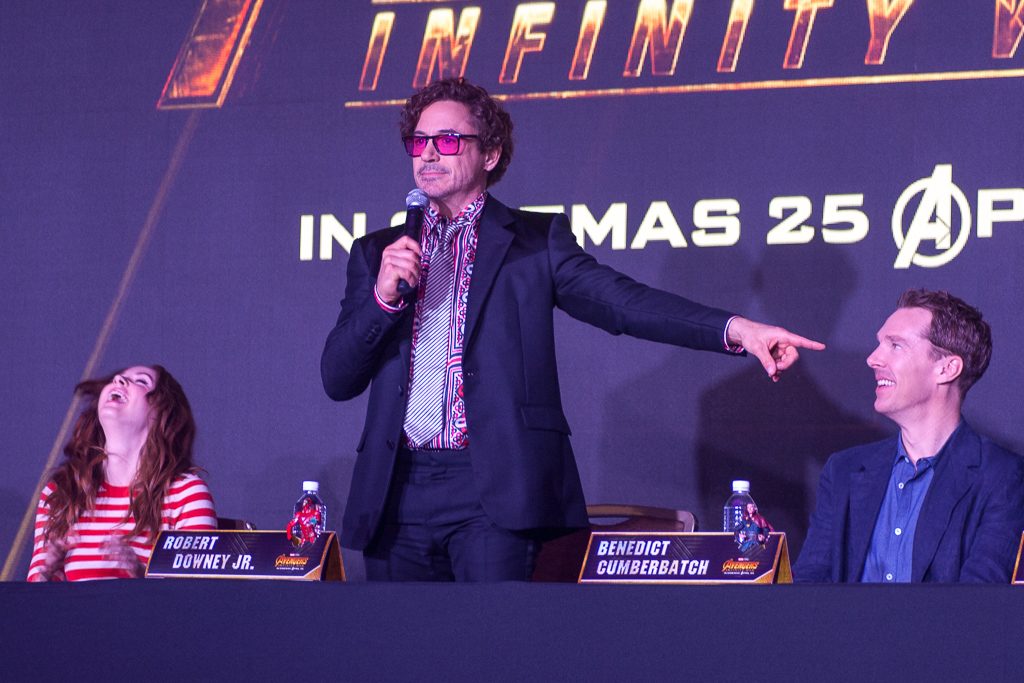 While RDJ was the main feature with his electrifying presence, we were treated to cheerful and amusing banter between the cast members. When asked if there was a clash of alpha-type personalities in the movie between the characters of Tony Stark and Dr Strange, Cumberbatch said: “We do, we kinda have a bit of a clash (and) that’s no bad thing. That’s something to enjoy in the film, is to see how that relationship unfolds.” 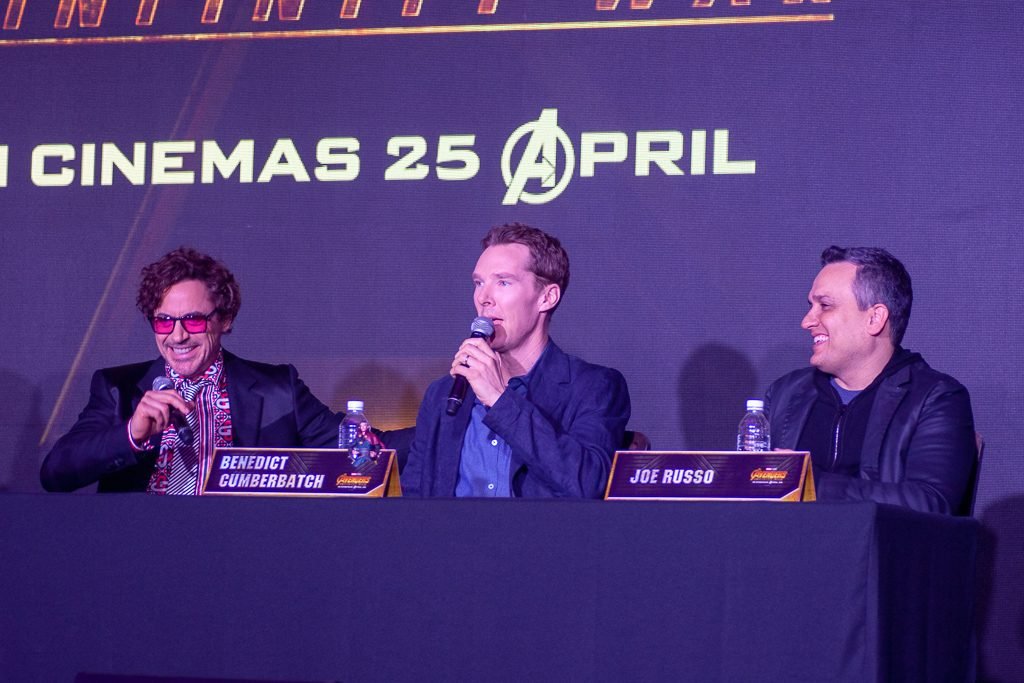 WITH OUR POWERS COMBINED

“I can’t speak to whether you get to see them all together or not but you’ll get to see a lot of them together,” added Russo. 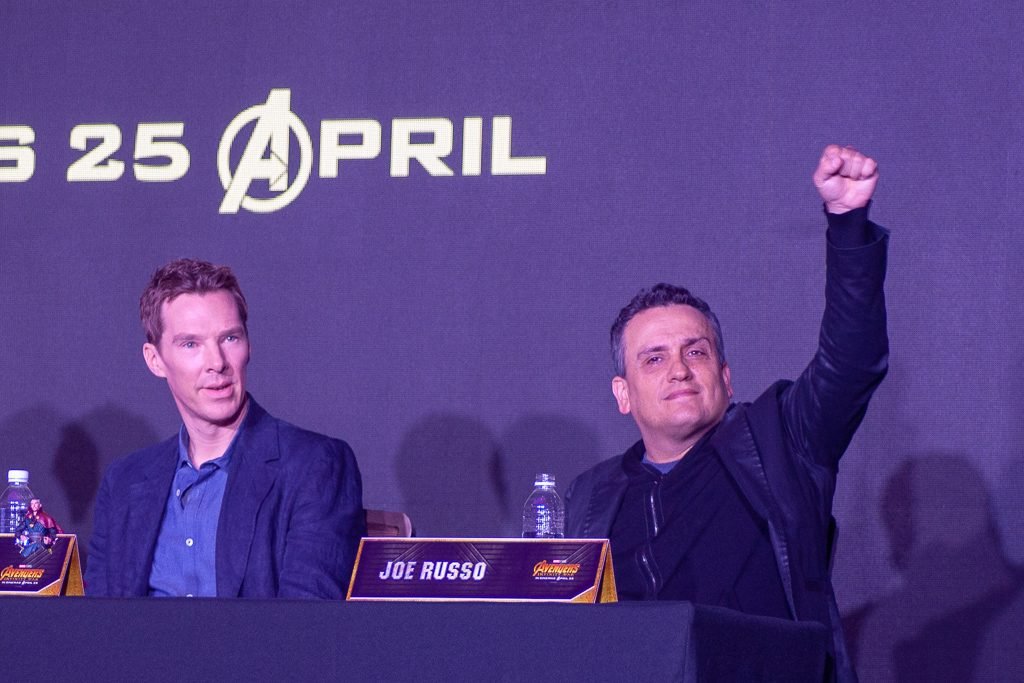 For a movie that in his own words “shut down Hollywood for a year because we had every actor working in the business scheduled somewhere in the movie”, it would have surely been a Herculean effort to get each and every character featured, much less in the same scene.

For those who are wondering where Jeremy Renner aka Hawkeye might be, due to the lack of feature in promotional content, Russo said that they “did not forget the twice-nominated (Oscars) Jeremy Renner from Infinity War”. 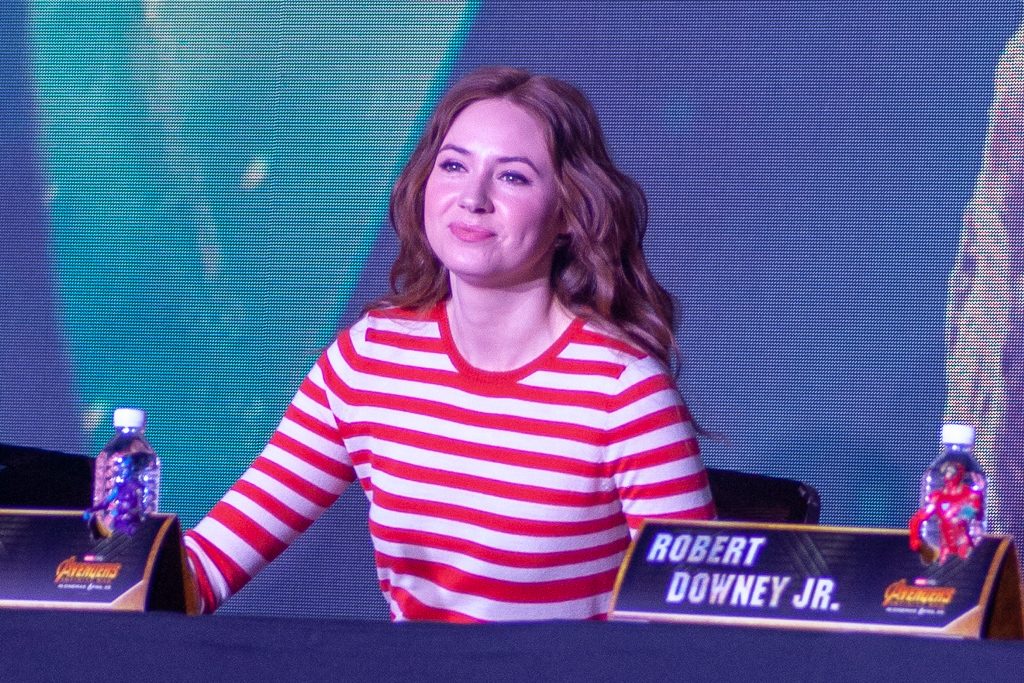 “We have two movies we’re working with, Avengers 3 (Infinity War) and Avengers 4 (yet-to-be-revealed), that’s a lot of story real estate,” the co-director added. “There are only so many people you can put in one film, and we have a really interesting story cooked up for Hawkeye. All I can say is that patience is a virtue – and it’s a long play not a short play.” 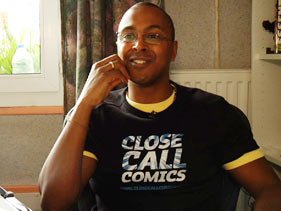