A review by the Lois and Clark of HereBeGeeks – Sarah and Peter.

26 years have passed since the iconic animated classic Beauty and the Beast was released, and it still remains a significant cornerstone of Disney’s treasury. It is the first animated film to be nominated for a Best Picture Oscar, the first animated film to win a Golden Globe Award for Best Motion Picture – Musical or Comedy and the first Disney film to be adapted into a Broadway Musical. Which begs the question – why has it taken a quarter of a century to transform it into a live-action movie?

The easy and obvious answer is that any decent live-action adaptation of Beauty and the Beast would’ve required a vast amount of CGI special effects. Fortunately, the CGI is laudable, and just like the critically acclaimed live-action The Jungle Book, manages to make you believe once again in the magic of Disney.

Tale as old as time… Beauty and the Beast

Peter: This is arguably the most faithful live-action recreation of a Disney animated film since 101 Dalmatians, and it is largely due to director Bill Condon’s insistence that there could be no other way to adapt the source material. As a result, what we get is a full-blown musical film that successfully captures the magic of the original. And because it’s been 26 years, naturally some scenes get updated.

While most of the plot remains largely intact, the prologue now introduces us, though briefly, to the human forms of the characters that would take on the film’s major supporting roles, including the introduction of a new character, Maestro Cadenza (Stanley Tucci), a musician who gets transformed into a harpsichord.

Sarah: Another unique change references the original fairy tale where Belle (Emma Watson) traditionally requests a rose from Maurice (Kevin Kline) before he leaves the village. Maurice plucks a rose from a mysterious garden, which Beast (Dan Stevens) sees as thievery. We also learn later in the film how a rose is tied to Belle’s childhood. What was originally just a symbol for Beast in the animated film is now shared by both titular characters, improving a long-standing but thinly conceived notion about how Belle is connected to the rose.

Peter: We’ll talk about a few other plot updates while discussing the characters, but I felt not all the plot’s additions were necessary. I won’t say more for fear of spoilers, but there is a new magical item – a book – introduced in the middle of the plot that could easily be added to the main narrative, but for some reason was a completely missed opportunity, and therefore an extraneous narrative. Speaking of extraneous… 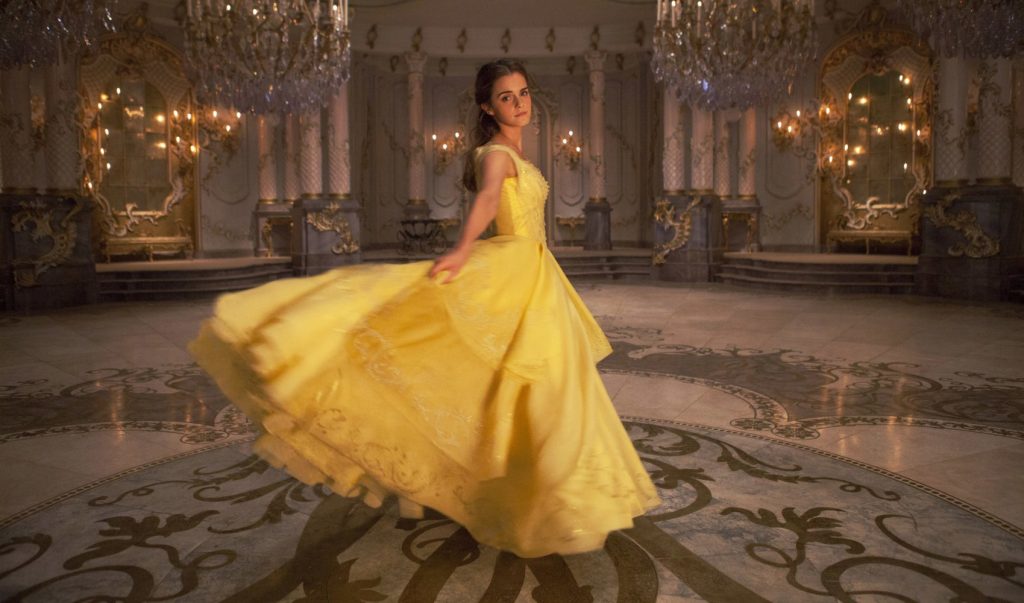 What a puzzle to the rest of us is Belle

Sarah: Contrary to those claiming that Frozen and/or Brave invented feminist Disney heroines, animated Belle was already a feminist character 26 years ago. She read books despite it not being socially acceptable in her village, puts her foot down to men like Gaston and Beast when they disrespected her, and dreamt of “more than a provincial life”. Some even needed reminding that Belle only started falling for Beast after he became gentler and kinder, ultimately giving in to his compassion and setting her free – a positive message to young girls to form healthy relationships with partners that treat them properly. Don’t settle for a Gaston, girls.

Emma Watson’s Belle continues that legacy of her animated predecessor. As previously announced a few months ago, Belle is also an inventor now, aside from being a bookworm. It isn’t necessarily a bad change. Like Hidden Figures that is now showing in cinemas, it could serve as inspiration for girls to pursue a career in Science, Technology, Engineering & Mathematics (STEM).

But one of the best additions in this live action adaptation is that we get to see Belle’s feminism extend to a fellow villager. A delightful scene that originally aired in one of the trailers, Belle teaches a young girl how to read – an act that invites backlash from her close-minded residents. The societal disdain her character faces as a literate young woman is not even subtle here.

Peter: These small but significant changes reinforce what we’ve always known about Belle’s feminism, and should not come as a surprise to fans of the original. It’s not that Belle as a character is more feminist now, it’s that the live-action movie, as a whole, is more feminist in its approach.

But why did Belle have to be played by Emma Watson?

Now, I adore Emma Watson and have been a fan of her work for years and an even bigger fan of her off-screen projects. But that said, my main issue is that her singing voice was serviceable, at best, I’m also not sure if she was ready for such a test of her acting ability either.

When you’ve got such an iconic role like Belle’s that demands so much emotionally, I feel Watson didn’t quite succeed in capturing Belle’s essence. Though it can’t have been easy to be the only human actor to act across from pre-CGI props and green screens for most of the movie, she should have had sufficient experience in the Harry Potter series. Indeed, it seemed like her co-star had an better time. 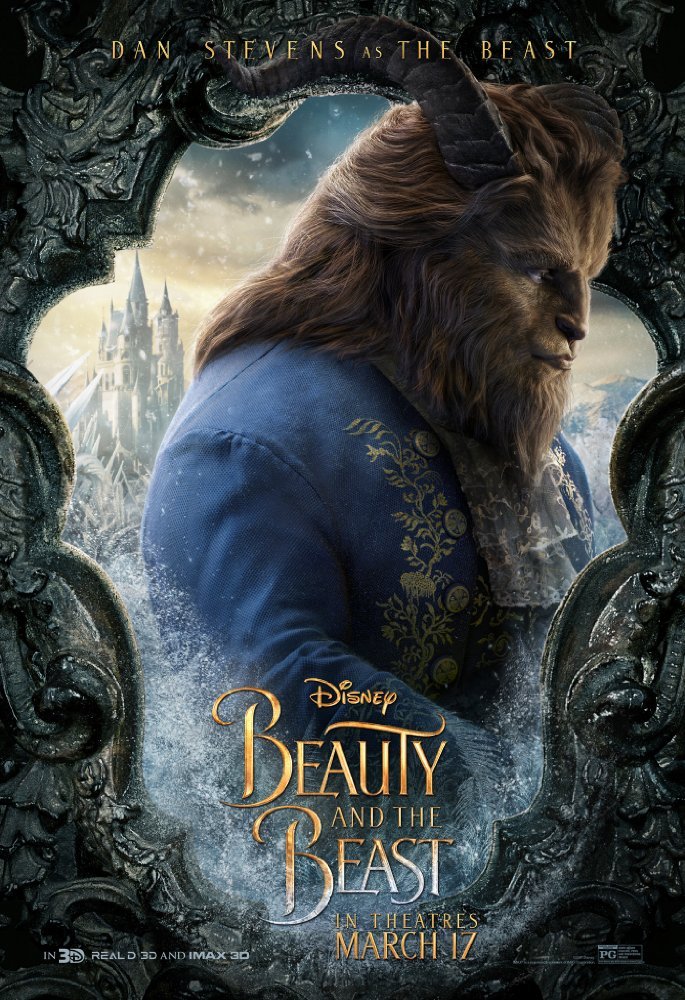 Kill the Beast… with praise!

Peter: Thanks to the wonders of modern CGI, we get to enjoy a fully-realised live-action Beast portrayed stunningly well by rising star Dan Stevens. That said, I’ll admit that when I first saw the trailer, I wasn’t entirely pleased with the hints of Beast I saw, so for Stevens to win me over is admittedly quite a feat. Like the original animated film, Stevens’ Beast undergoes subtle changes over the course of the film, slowly standing upright and looking more regal and less grotesque with each iteration.

At one point, both Sarah and I were pretty smitten with Beast, which is a testament not just to the capability of CGI to create an attractive specimen, but also Stevens’ ability to infuse said creature with a humanity that is easy to empathise with.

One has to be impressed with how Stevens managed to put up a better performance than most of his A-List cast-mates, especially when it came to both acting and singing.

Now, don’t get me wrong. I know both are difficult skills and it’s rare for casting directors to find suitable candidates that measure up on both fronts but let’s just be clear here: While the live-action Beauty and the Beast is a star-studded film, it really didn’t blow me away with their singing. 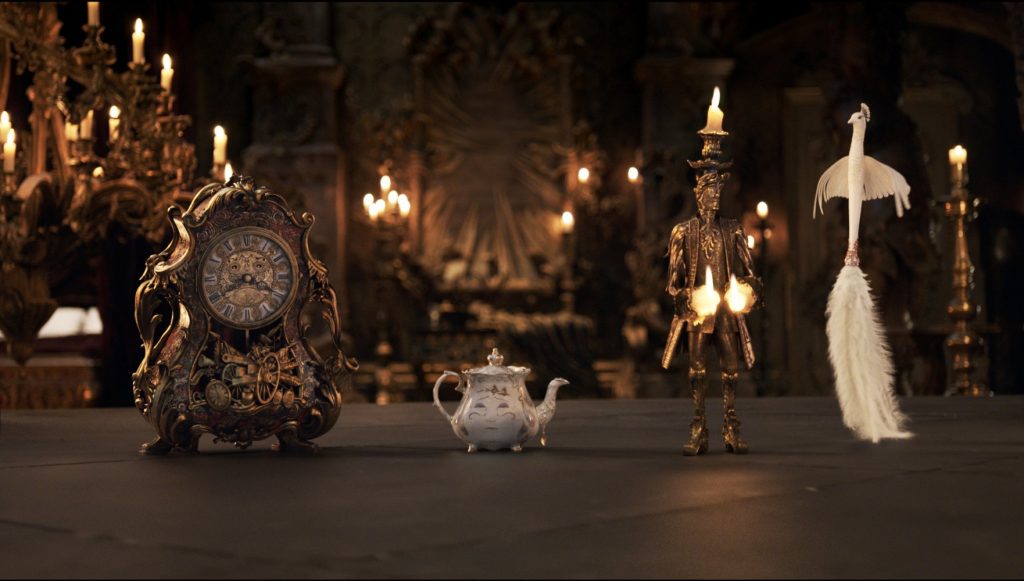 Put our service to the test

Peter: When your adaptation of a beloved movie boasts the likes of Kevin Kline, Ewan McGregor and Emma Thompson, among many, many other talented cast members, you must be prepared for some very high expectations. Unfortunately, Kline’s performance as Belle’s father Maurice feels phoned-in, McGregor’s attempt at Lumiere’s French accent was eyebrow-raising, at best, and while Thompson tries her best to step out of Dame Angela’s shadow, her Mrs Potts just isn’t quite up to par.

And let’s not even start on how criminally underused Sir Ian McKellan was as Cogsworth. Was the actor taking on this role solely as a favour to friend Billy Condon? I don’t know which I was more disappointed by – a lack of Sir Ian or a lack of Cogsworth, who was one of the major supporting roles in the original.

But not all the supporting cast were as ineffective. I thought Luke Evans brought a surprisingly effective realism, an almost insidious sense of peril to his role as Gaston, which was originally portrayed as campy, overstated bluster.

Sarah: Like 2015’s live action Cinderella, there were good attempts at diversifying the previously all-white cast in the original animated film. Black and brown characters are now present among the villagers and castle staff. Plumette the feather duster and Madame Garderobe the wardrobe, played by Gugu Mbatha-Raw and Audra McDonald respectively, also have meatier roles as compared to their animated counterparts. 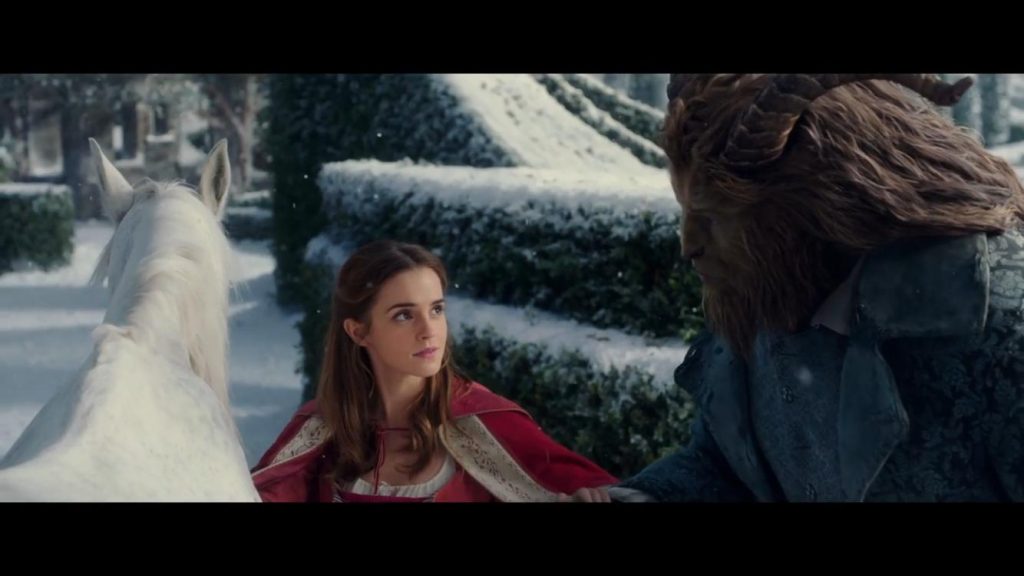 There’s something sweet, and almost kind

Peter: But don’t get me wrong, this is still a wonderful adaptation in many, many ways. This live-action update adds three new compositions by the great Alan Menken to the franchise’s iconic songbook. Each of them are equally inspired, but one will definitely stand the test of time.

“Evermore” is a powerful Broadway-style ballad sung by Beast. It’s very reminiscent of the stage musical adaptation’s “If I Can’t Love Her”, but because of its placement in the film, the new song is delivered with significantly less bitterness and gives the audience a much stronger opportunity to recognise that Beast has transformed in emotional maturity. Here’s Josh Groban’s cover, which can be heard in the end credits:

The other two songs, “Days in the Sun” and “How Does A Moment Last Forever” are also emotionally charged pieces that are worthy additions to the repertoire. 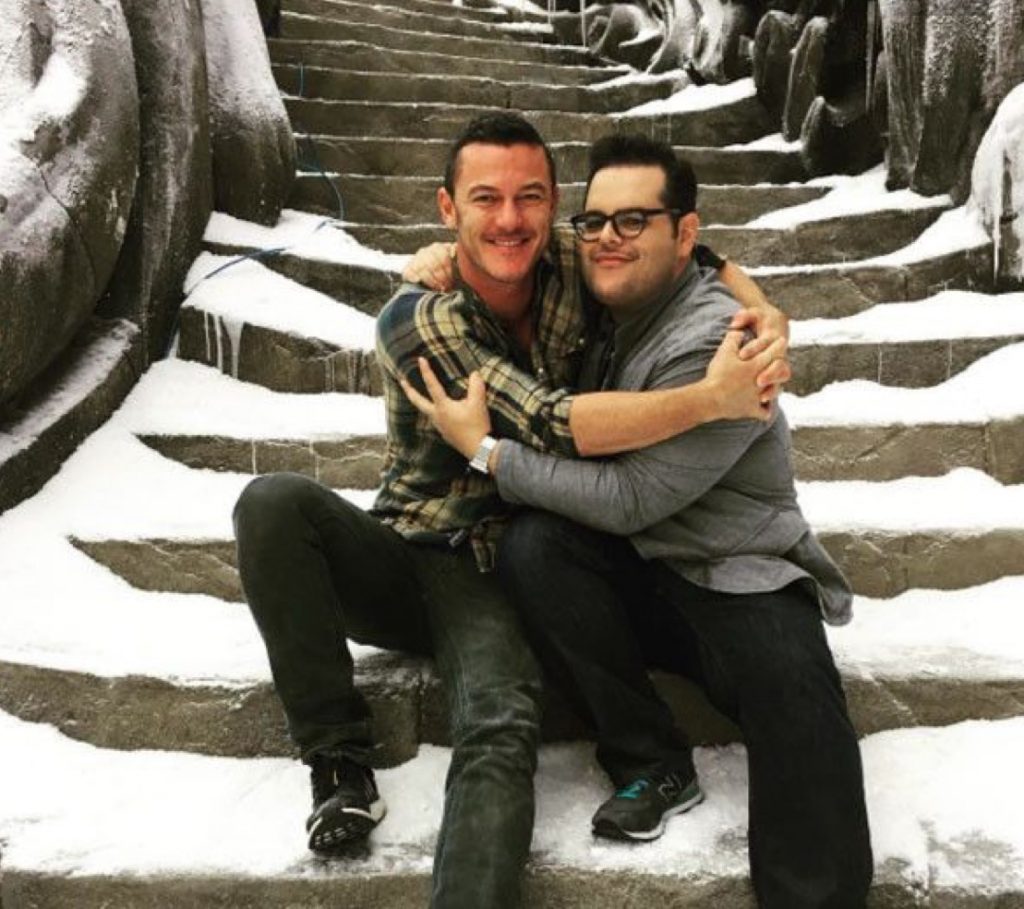 Peter: No review of Beauty and the Beast would be complete without a discussion on LeFou, Gaston’s sidekick, played by Josh Gad.

Sarah: When director Bill Condon declared that the film will have Lefou as Disney’s first canonically gay character, there were fans that were concerned, myself included, and rightfully so. Our first gay Disney character to be a villain who pined for and sees a misogynistic brute as an aspiration? Not exactly stellar representation. Were we wrong to imagine the worst before even seeing the film? Absolutely not, given that the LGBTQ+ community has had years of dealing with being denied positive representation, beloved LGBTQ+ characters killed off, and queerbaiting. We had every right to be cautious and wary, especially with Disney’s long history of heteronormative films.

Without going into too much detail, the handling of Lefou’s portrayal, and therefore his sexual orientation, wasn’t terrible. But, it could’ve been better, especially when you describe him having an “exclusively gay moment”. In actuality, the moment was so blink-and-miss, Singapore didn’t even bother snipping it away with its Gay Censorship Scissors. You could even argue it was still simply subtext, like the rest of Lefou’s characterization, as I’ve had similar moments with my platonic friends of the same gender without the basis of romantic attraction.

While Condon had good intentions of wanting to present same-gender attraction as “normal and natural”, Lefou’s super short moment is a stark contrast to the kiss scenes and other signs of affections that other presumably straight characters had, of which the latter last longer than a second. Basically, it feels like bread crumbs in 2017.

Regardless, for my fellow LGBTQ+ fans who found solace and joy in the update of Lefou’s character, enjoy it! Personally, I’m glad to have been proven wrong that Lefou’s gayness wasn’t handled piss-poorly after all.

Beauty and the Beast

Just a little change, small to say the least