The heart-stomping first day of Gen Con is always the craziest as everyone is ready to stampede through the doors and make that mad dash towards the most exclusive, sought-after games ever. You see, the major publishers often have limited copies of their latest games and also convention exclusive items for sale. So it’s no surprise that almost every self-respecting gamer would come armed with a list or plan to decide which booths to hit first, and then hoping for a +2 movement to get there first. 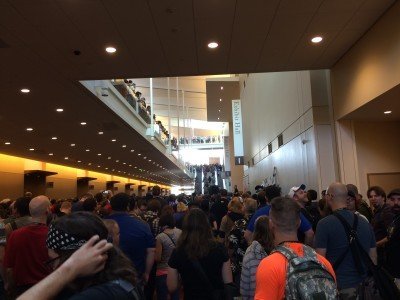 Well, we had our shopping lists too as we trooped down to join the hordes of fellow gamers that have gathered outside the main exhibit Hall H. We were like the hungry Uruk-hai camping at the gates of Helm’s Deep, trying to charge their way in! At 10am, the doors finally opened and it was every gamer for himself! 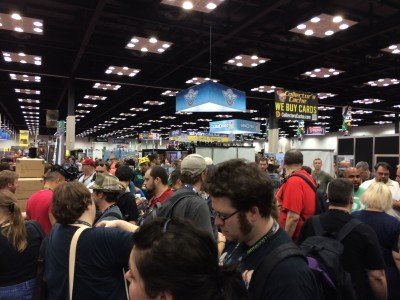 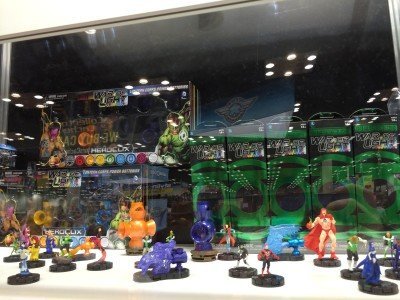 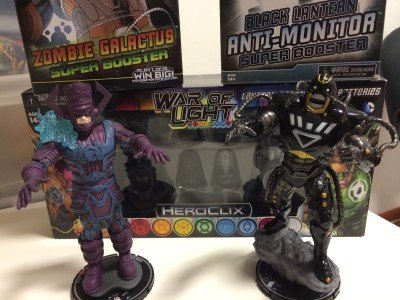 Our first priority was the Wizkids’ booth to get our hands on the exclusive Black Lantern Anti-Monitor and Zombie Galactus Heroclix figures, as well as the limited edition Black and White Lanterns. Each visitor was only entitled to one of each for the day, and as expected, there was very long queue that snaked across several other booths. Fortunately, we managed to get ours after only a couple of hours of queuing then it’s back to our hotel to dump the loot before handing back to the Indiana Convention Center for day one round two. 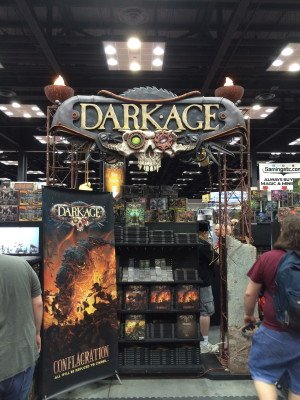 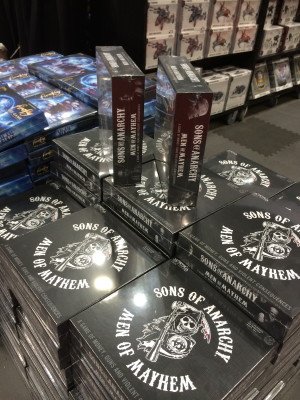 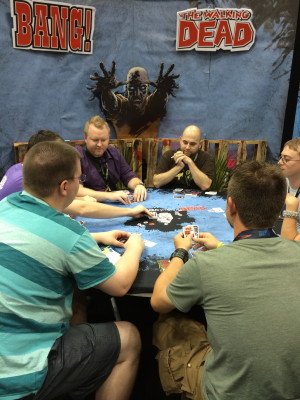 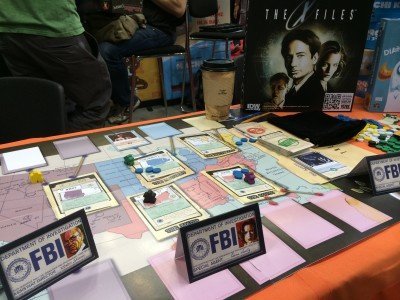 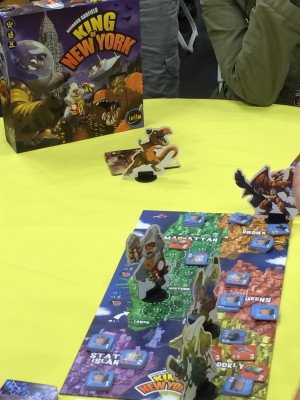 The main exhibit Hall H is huge, at least as big as a football field and filled to the brim with games and other geek-related merchandise like costumes and fantasy art pieces. Before the end of the first day, several of the games that we wanted like Iello’s King of New York and Portal Games’ Imperial Settlers were sadly sold out and would only be available at retail in the near future (I hope). But one could still head to the respective booths and play the demo copies of the games. 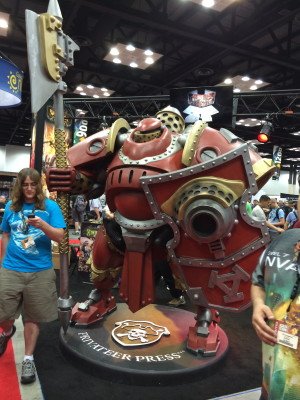 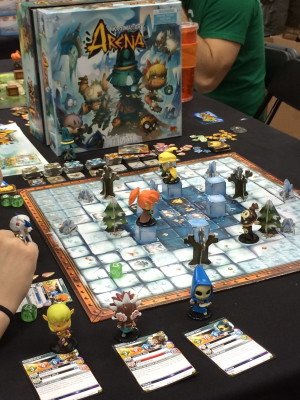 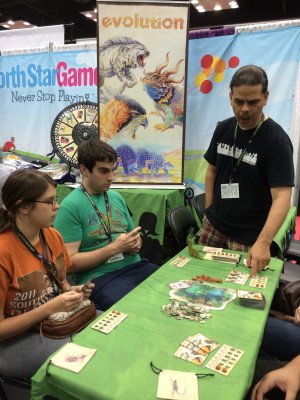 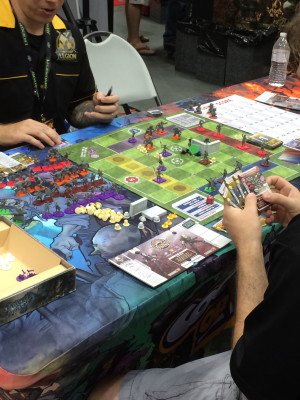 Talk about sensory overload! There is just soooooo much to see and by the time we reached our targeted booth, the popular games would sometimes be gone. Some publishers have a limited number on sale each day like Days’ of Wonder’s hot new game Five Tribes, so we managed to get that by dashing to their booth immediately on the second day. 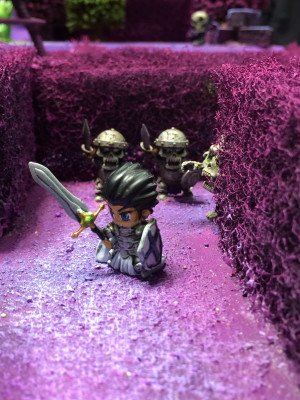 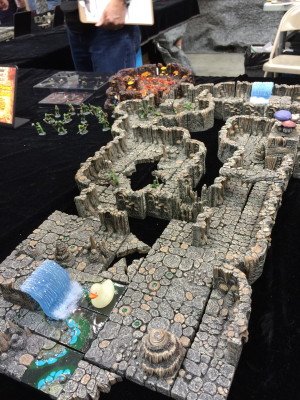 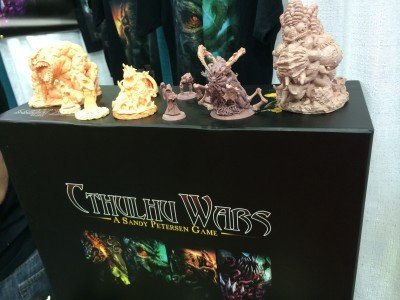 The Fantasy Flight Games’ booth was another extremely popular destination. You needed to queue just to enter the area to shop around not unlike the luxury brand shops along Orchard Road. The new Living Card Game Warhammer 40K: Conquest was sold out by the third day. They also ran demos of their recently announced games like XCOM: The Board Game, Star Wars: Imperial Assault (based on their popular Desent game system) and another miniatures war game Star Wars: Armanda. 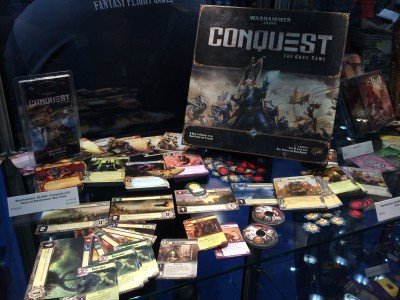 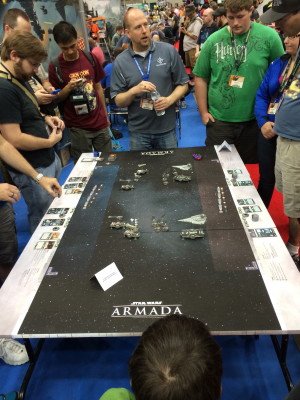 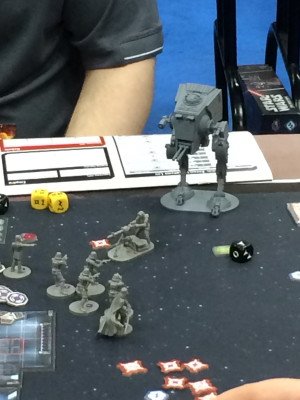 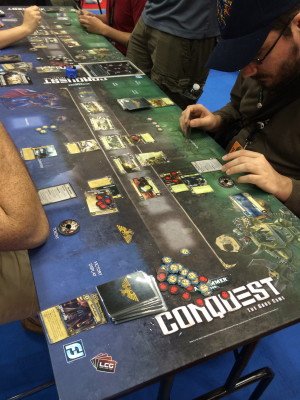 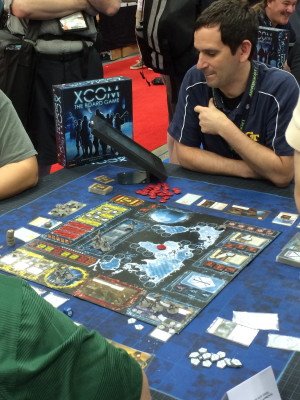 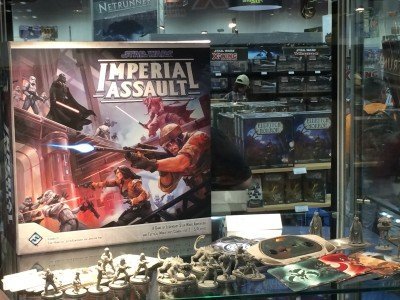 Look out for more Gen Con reports over the next few days!