Another year, another kick-ball game (well, these days we’re back to two major ones). And now developers EA have revealed that the next edition, FIFA 17, will be powered by the Frostbite 3 engine – the same one that powers games like Star Wars: Battlefront, Need For Speed and Mirror’s Edge Catalyst, each beautiful games in their own way.

“Frostbite unlocks a whole new world of possibilities for the FIFA franchise and its fans,” said David Rutter, VP and Executive Producer. “We have never been as excited as we are today about the future of football and the experiences we are going to deliver in FIFA 17.”

This means that the Ignite engine – first introduced in 2013 for EA’s slew of sports games – will now be left by the sidelines. The substitute, Frostbite 3, has shown to be a great engine for multiple genres, like shooters, racing games and RPGs, but it remains to see how it’ll behave when unleashed on the field of dreams.

Still, we don’t have very long to wait. FIFA 17 will be released Sep 29 on Origin for PC, Xbox One and PS4. The US, being the huge footy fans they are (and hosts of this year’s centenary Copa America) will get the game two days earlier on Sep 27. There are Xbox 360 and PS3 versions too, but those won’t get the full Frostbite 3 engine experience.

If you can’t wait that long, you can take a peek of how the game works later this month: Catch the full debut of FIFA 17 powered by Frostbite 3 “live” on Jun 12 at 1pm PST (Jun 13, 4am, Singapore time) at EA’s own EA Play livestream in the window below.

FIFA 17 will also feature four football ambassadors said to have “influenced complete innovation in the action on the pitch”: James Rodriguez of Real Madrid, Eden Hazard of Chelsea FC, Anthony Martial of Manchester United, and Marco Reus of Borussia Dortmund.

While not quite the hottest players this season, these guys are household names and 75 per cent of them are playing in huge tournaments this summer (Rodriguez in the Copa America, and Martial and Hazard in Euo 2016. Reus is missing the Euro due to injury) so they might get hotter yet. Except, erm, Rodriguez also just got injured in the Copa America. Oops.

“They all worked with EA Sports to bring to life the gameplay innovation which will be revealed at EA Play. The ambassadors also appear in the FIFA 17 pre-order offer as loan players in FIFA 17 Ultimate Team,” EA said in a press release. And, well, virtual players don’t really get injured forever!

And if you’re the sort to pre-order, those who do so for FIFA 17 Super Deluxe Edition can get up to 40 FIFA Ultimate Team Jumbo Premium Gold Packs, Team of the Week loan players, and other FUT content. Find out more details here. 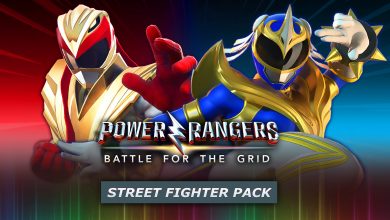