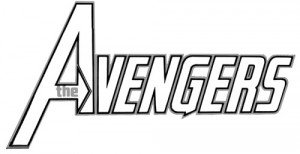 The latest in Marvel’s overarching storylines has begun and naturally, it begins with Earth’s Mightiest Heroes, the Avengers. Brian Michael Bendis has been crafting such Universe-wide stories for Marvel for almost a decade now, so naturally, he is at the helm for the resurrection of the same superteam that he Disassembled back in 2004. Yes, it has been that long, but with “The Heroic Age” upon us, I’m happy to say that the Avengers are primed and ready with The Avengers #1.

The latest iteration, as chosen by Steve Rogers, now the “Top Cop of the World”, are Thor, Hawkeye, Spider-Man, Wolverine, Captain America, Spider-Woman and Iron Man. That’s right, two are founding members, one has been an Avenger almost as long, three are “New Avengers” and then there’s Bucky. It’s an interesting combination to start off a new chapter in Avengers history and while I’m not keen on Wolverine and Spider-Man showing up just about everywhere in the Marvel Universe, I can’t deny that Bendis has finally gotten the Avengers team he’s always wanted.

One thing that immediately strikes you is how well Bendis knows his characters – the interactions between them are classic and certain points of dialogue bring this to the fore. How Wolverine shows uncharacteristic concern for Spider-Woman, not only drawing from their time in the New Avengers, but also their storied history dating back to Madripoor. How Bucky interacts with Thor, who admits that he’s still not entirely sure who this new Captain America is. Tony Stark’s awkward conversation with Steve Rogers, clearly helping the reader realise that things aren’t all whitewashed in the collective aftermath of Civil War, Secret Invasion and Siege.

Bendis also gets a thumbs up for the practically laugh-out loud humour interspersed throughout the book, mostly from quips by the Friendly Neighbourhood Webslinger. I must admit that on hindsight, Spider-Man may just have been what this book needed for that oh-so-necessary levity – since perennial Avengers joker Hawkeye isn’t quite as witty as he used to be. Must be an after-effect of dying and being brought back to life (see: Bucky).

Right from the beginning, Bendis lays the cards out on the table – these are undoubtedly Avengers, but so much has changed that they’re still far from their fullest potential as a team – with the exception of Wonder Man, whom Steve Rogers has not been successful in recruiting. A pity though – Wonder Man represents the classic Avengers and it looks like he’ll simply be a misguided villain that the Avengers will have to face in the next issue.

What’s more of a pity is how weak the art of John Romita, Jr. appears throughout the comic. The man is a comic book legend, but the art in this issue just felt shoddy, more so because of how big a deal it was, being a first issue. That being said, it was a nice feeling to go back to a distinctly 80s style, one that I’d only gotten to experience while reading Essential volumes.

Storyline-wise, I’m curious why Bendis is choosing to tap onto the 2008 animated film “Next Avengers: Heroes of Tomorrow”, featuring the children of several Avengers. Perhaps he’s just out of ideas after all that writing he does, and wants to focus on the characters and start them on an earth-shattering original story just yet. Either way, it’s a captivating hook to what I hope will be a long-lasting tenure for this current team of Avengers.

The Avengers #1 is a worthy step in the evolution of Marvel’s premier superteam and while I still don’t agree with the inclusion of certain members, it’s really good to see Iron Man, Thor and Captain America (albeit a different man) fighting side by side once again.