There’s a lot already said about the ending of Steve Rogers: Captain America #1, which came out this week from the creative team of Nick Spencer and Jesus Saiz. I’m not sure how much more I can add to the discussion, even as a long-time fan of the Star-Spangled Avenger, and Steve Rogers in particular. Here’s the tl;dr version before the ramble: I’m going to sit on the fence, painfully, on this one and withhold judgement until the entire story arc is over.

And now, the long-winded opinions of a Steve Rogers mega-fan.

I picked up my first Captain America comic in 1995, when I was drawn to the cover art of Rob Liefeld. (Yes, my taste as a teenager was pretty questionable) It was the first issue of the “Heroes Reborn” storyline, which marked the first time in 35 years that Marvel was attempting to renumber their issues, and start afresh with a new volume number. In order to drive home the idea of “Heroes Reborn”, Liefeld (together with co-writers Chuck Dixon and Jeph Loeb) reimagined a Steve Rogers who had become a brainwashed sleeper agent of the US government, after he openly disagreed with President Truman about the use of nuclear weapons in World War II. As the US’ only Super-Soldier, he would be reactivated during subsequent international conflicts. This, of course, turned out to be all part of an alternate universe where history unfolded differently. As a new reader of Captain America and Marvel in general, though, I had no idea this wasn’t Cap’s actual origin. I lapped it up, cheap B-grade movie plot and all.

So, perhaps ironically given recent revelations, you could say I started my Captain America fandom with a lie. But I stayed on faithfully and, over the next 20 years, accepted more and more twists and turns in the stories of Captain America. Some were very good – like the revelation of Isaiah Bradley as being the first Captain America. That storyline Truth: Red, White and Black, was based on the real-life Tuskagee Syphilis Study which used black men for unethical clinical tests. Other twists to the origin story were not so good – including Dan Jurgens’ creation of Protocide (a killer and a bully who was subject to the Super-Soldier experiment in lieu of punishment, meant to elicit a “there but for the grace of God go I” reaction from Steve Rogers).

So, since there have always been twists, known as retcons (short for ‘retroactive continuity’) in the geek world, we fans should just look at Steve Rogers saying “Hail Hydra” as “just another bold decision” or “just another cheap attention grab” by Marvel, ultimately driven by the need to earn profits from their comic books, right?

And for those of us fans who have experienced the aftermath of these profit-driven storytelling shockers over and over again, what’s the big deal? We know that, time and time again, everything eventually reverts to the status quo, so there’s no need to be upset or angered about this, right?

This is not the same thing.

Captain America being a sleeper Hydra agent is not “just another shocking twist” to the Captain America mythos. This isn’t something that we can just write-off as being “just another comic book storyline”. This is a glorifying of Nazism, of evil, at the expense of an established character who for the past 75 years, has not just been the personification of truth and justice, but has been the exact antithesis of Nazi ideologies, of fascism and totalitarianism. And that is a much, much bigger deal than the death of Steve Rogers or the aging of Steve Rogers. Because, unlike those storylines, which only affect fans of the comic books, this effectively negates and insults the real-life origins of the character.

Many writers far better than I have already discussed how making Steve Rogers a Nazi is not just anti-Semitic, but also is a terrible way to treat the legacy of Jack Kirby, one of Captain America’s co-creators and arguably the closest thing to the superheroes he created. I highly encourage you to read both of these articles. In fact, do so now, before coming back here.

On that note, however, I will admit to being a big fan of Steve Rogers: Captain America writer Nick Spencer. His presence on Twitter is a joy to follow, especially since last year when the process for the US presidential elections began. He is definitely no fool and undoubtedly sees comic books as much more than just a storytelling medium, one that can truly reveal more to us about the human condition. His runs on recent titles like Superior Foes of Spider-Man, Ant-Man and Sam Wilson: Captain America have been among the most enjoyable and entertaining comics I’ve read. His most recent crossover Avengers: Standoff! has been critically acclaimed, and the fact that the events of that crossover led directly to this revelation speaks volumes that there will be more to this than meets the eye.

As a result, I have absolutely no doubt that Spencer has the entire situation planned out, and that he’s not written himself into a corner with this controversial revelation. From a Singaporean’s point of view at the almost unbelievable support that good people are giving to questionable political candidates not just in the US, but also in other countries across the world, including my own, there is definitely a deeper story to why an idealistic person who has such passion for what is good and right, would be drawn to an organisation that is largely accepted as evil, and from interviews, it sounds like Spencer is going to address exactly that. I trust him to tell a great story, one that is extremely relevant and poignant especially in the current US political climate.

But the fact remains that, no matter how much I want to defend this decision from Spencer and editor Tom Brevoort, I can’t. The fact remains that Steve Rogers didn’t say “Make America Great Again” at the conclusion of the issue. He said “Hail Hydra”. It would have been controversial enough if Steve Rogers were seen to support someone who has proven to be racist and misogynist in his personal and political life, but now Steve Rogers is essentially revealed to be a member of Hydra – an organisation that has committed genocide not just in the fictional Marvel universe, but also as in real life as the Nazi Party.

And, as an aside for anyone that thinks this is a good opportunity to explain that Hydra =/= Nazi and gives me a dozen and one recent comic book references that seem to prove it, you’re welcome to get in the queue for people hoping to mainsplain stuff to me. That’s right, behind the men’s rights activists and the #AllLivesMatter people.

I’m writing this piece to make very clear my feelings about this controversial revelation. My heart is broken. But while I won’t defend Marvel’s decision to take this route, I’ve currently decided to continue to support the creative team, which I appreciate. As a result, I’m still buying the book. It’s not a comfortable position, and will continue to be a painful one, as I will have to acknowledge to others and to myself that I am essentially endorsing this and any future controversial decision that will happen on this title by financially supporting it.

Ultimately, it makes me question my own fandom, all 20 years of it. I have endured many poor stories, weak creative teams and embarrassing decisions. But none have been as bad as this. For crying out loud, I’m buying a comic about a Nazi, and that Nazi is Captain America! But if I am willing to pay for an insulting, deeply distressing decision like this, will I have any moral high ground left when criticising comics? Has my taste not changed at all since my first Liefeld comic in 1995? Has it gotten even worse? 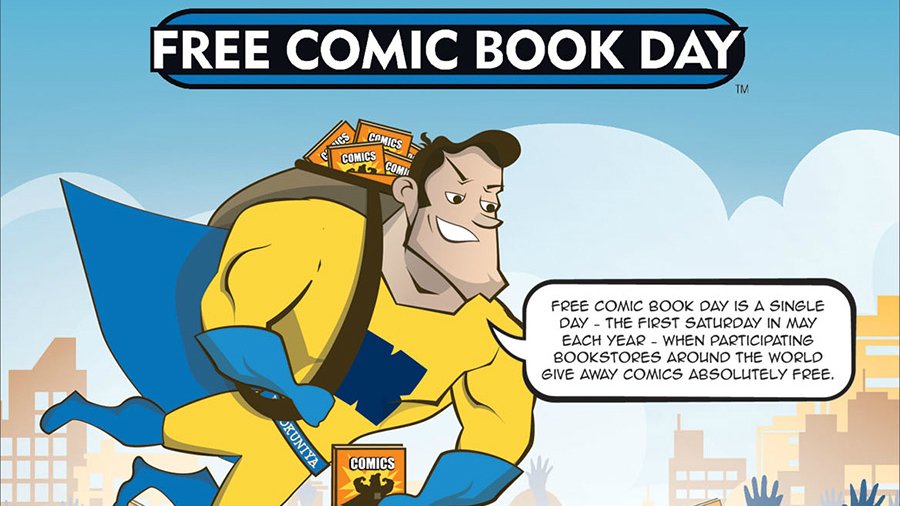