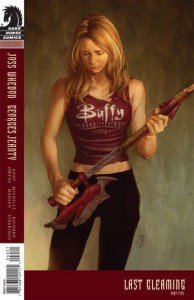 Happy birthday Buffy! Yesterday marked the end of season 8 for Buffy the Vampire Slayer. (19 Jan for those in the US and 20 Jan for us here in Singapore… heh just the timezone difference but it was the “same day”.)

Now, there won’t be any spoilers in the first half of this post (I’ll put a spoiler warning below before I start it) for the last episode aka issue 40 but there will be talk on how the whole series went so there’s your warning.

Season 8 started cool and organized. That’s one way to say it as the watchers and slayers got in order with their own headquarters around the world fighting evil. They had a system and it seemed to work with Buffy and the main crew being the head of the operation.

Then the system started to crumble and fracture with things coming their way from the bad guys who were also working in groups and organizations. To say the least, it was turning into a supernatural mafia affair with human civilians getting mixed up in the process.

Ok, from the second half of the season, things got interesting since we got to know on an international base on how things were affected.

Faith apparently had a “dark angel spy” sort of role with Giles as her mentor (the dirty stuff that Buffy doesn’t do, it falls on to Faith), Harmony the vampire turned annoying once she outed vampires and slayers, Buffy turned out to be not so exactly straight. The whole story line with Satsu was kinda sweet but ok… Once you start to remember the people involved, Oz and his wife, Willow and Aluwyn and everything, the impact of the last episode is going to be really staggering.

Now, before the finale, the story had been set up pretty good and then it turned pretty insane after Angel was shown as Twilight. Specifically a few issues after that, it felt like things were going on a “Let’s just do this cause HA HA, it’s a Buffy story, of course this will be ‘logical’!” tangent.

Tentacle monsters and Spike arriving on a spaceship with a crew of bugs? Things just got too wacky fanfic for words (because they were illustrated instead! HAH! Um, right).

Without divulging the last few issues, it is great that season 9 is in the works because season 8 felt like rebooting things into a new order after season 7’s departure on TV.

It’s a reboot of a reboot.

Season 9 should be easier to get into when it comes out late 2011 and well, let’s hope it won’t be as weird crazy even if there’s no budget on props and sets in comics.

AND NOW, FOR SPOILERS. DO NOT READ PAST THE PICTURE OF MY SLAYER T-SHIRT. I shall put another picture at the bottom lest you want to comment and not read the spoilers too. 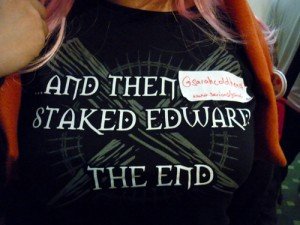 So it is true. GILES DIED. From Joss Whedon’s interviews some of you might know this since it has been said but oh man, on the first read through I felt it was like a cop out on how it was done.

On the second read through I see why they did it this way. For one thing, #40 does not continue from #39. It continues but not in a direct timeline manner, what we see is perhaps days, weeks or months after. It’s not specified but probably more on the weeks after.

Everything has settled down and people are rebuilding their lives.

Buffy is the only slayer in the world once more.

And magic doesn’t exist any more and the slayer scythe is broken.

The game has reset again.

Buffy and her crew are living in San Fransisco and considering that she’s a waitress once again, made me wonder if it was all a dream. No, it isn’t. Not going to spoil EVERYTHING but ARRGH. My own speculative OTP turned out to be real along with other fanfic worthy plots regarding Faith.

Aluwyn aka snaky lady is gone from Willow and it looks like it really wasn’t my imagination when Willow did like her.

Enough to break up with Kennedy.

Now, what about Angel? The others? You get brief descriptions and “shots” of what others up to but not too much since this whole issue will just get you going “ARRGH?!” at the end of it if you’ve been following the whole season.

And then it feels like the whole of season 8 is like a freaking long INTRO to set up the major events in season 9! To get the characters standing on their own and their own skill sets etc and as independent people.

A phrase that comes to mind that we like to say here, “SO CHEAT MY FEELINGS”.

Ok, that maybe understating season 8 a bit. Sure it was great but with even crazy hijinks that even major Buffy fans have no idea how to justify what is going on with the storyline when it got too much.

#40 is going to make you wait and want for season 9 just to see how everyone is going to hold up and how will the world end.

And now for a picture of Willow and Aluwyn so we can push the text away for anyone who wants to comment and not see the SPOILER TEXT ABOVE HERE. 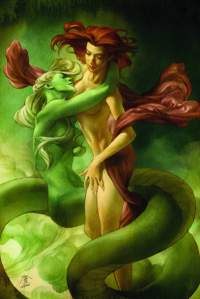 And now, we’ll have to wait for season 9 of Buffy the Vampire Slayer. 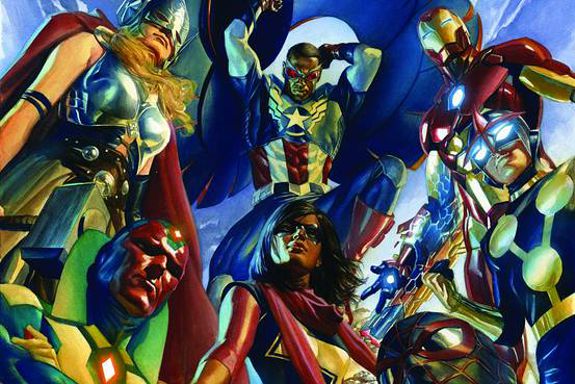