And now to the portion that we have most been waiting for, the comic portion of STGCC 2011. We’re not ashamed to say that this is the part we do focus our geeky energies on the most, and as usual there is quite a bit of interesting things to focus on – perhaps less than last year, but there might be a gem or 2 that will catch your fancy. 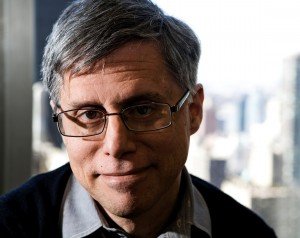 First up we have out 2 guest of honours – DC contributor, Eisner award winner and legend Paul Levitz. We’ve done a spotlight on him here, and this is a man who really needs no introduction. You can catch him with his very own spotlight on Sunday at 2 to 3pm, and bring your comic books (from since 1973) for him to sign on Saturday at 2 to 3pm and on Sunday from noon to 1pm. 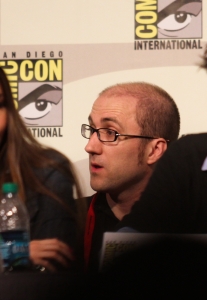 And Marvel’s own guest of honor is Kieron Gillen. He’s been in the limelight since the launch of the crticially acclaimed Image series Phonogram in 2006, and calling him an up and comer would not really do his body of work justice even for the 5 years he’s been doing this (quite a bit less than Levitz). It’s probably going to be easier to get him to sign every single one of his comics ever, compared to Levitz. Catch him on stage Saturday 230 to 330pm for his own personal spotlight, and 1230 to 130pm on Saturday for “Comic Creators East Meets West” and on Sunday 1 to 2pm for “MARVEL: Your Universe Panel” where he’ll be joined on stage with other luminaries. His signings will be Saturday at 4 to 5pm and Sunday from 2 to 3pm. 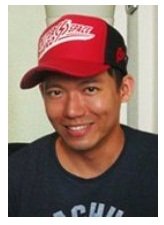 Not to be missed, local artists will be all over the convention. Stanley Lau and Sonny Liew will be joining “Comic Creators East Meets West” on Saturday from 1230 to 130pm, while Benjamin Ang (above) will be onstage for “MARVEL: Your Universe Panel” on Sunday at 1 to 2pm, on top of signings at the Singpost booth. Sonny Liew also brings his freshly launched Malinky Robot graphic novel at his very own booth, and remember that you get a free gift with every purchase of Malinky Robot when you produce a coupon. Stanley Lau will also be with his crew at the IFS booth, bringing along their special edition H. Elseworlds will also be hosting Wendy Chew aka Mashi at their booth. Ong Ean Keat will bring his very own Keatopia to the convention, and first-time exhibitors Harris Planerds will be hosting a number of local artists at their own booth – Troy Chin, Ken Foo, Morgan Chua will be there, together with Koh Hong Teng and Dave Chua launching the Chinese edition of Gone Case, and with Collateral Damage Studios! 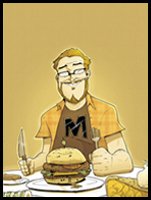 Joining Gillen will be Marvel talent scout and food lover CB Cebulski. He’ll be inspecting portfolios when he’s not talking about comics or food so remember to bring them in! Catch him on stage also at 1230 to 130pm on Saturday for “Comic Creators East Meets West” and on Sunday 1 to 2pm for “MARVEL: Your Universe Panel”, and he’ll be signing on Saturday 3 to 4pm, and opening up Sunday’s signings at 11am to noon. 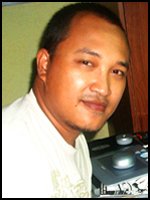 We’ve been talking about the writers, but let’s not forget the artists! DC’s bringing their rising star, Ardian Syaf, who’s working with last years’ guest, Gail Simone, on Batgirl. The Indonesian artist will be signing only on Sunday from 4 to 5pm – so don’t miss him! 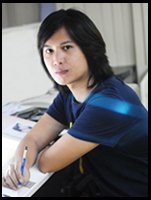 And yes joining us will be more regional artists. Anybody who was here last year will remember how friendly all of them were, and this year the Filipino artist brigade comes stronger than ever. Joining last year’s amazing Harvey Tolibao and Leinil Yu who have proven to be great people on top of being wonderful artists, we’re having Carlo Pagulayan, a familair name for many, up-and-comer Mico Suayan (above) and Stephen Segovia added to their ranks – all of whom have a body of work behind them which speaks volumes of their talent. Looks like Marvel’s paying for all of them to come down. Mico Suayan’s having his own limited edition sketchbook with Elseworlds, as is Harvey Tolibao with his own Viscocity, and Singpost is hosting Leinil Yu at their very own booth this year in conjunction with the Marvel stamps, together with Benjamin Ang!

And let’s not forget – our very own convention specials. 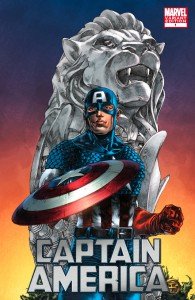 Captain America #1 Merlion Variant, coming in at $15 and limited to 1000 copies. 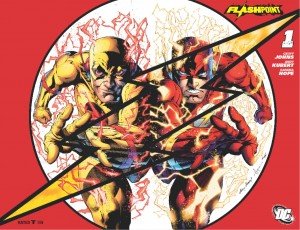 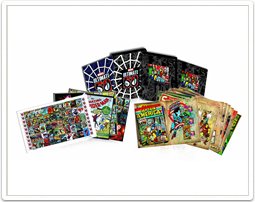 Marvel comics is also having a Spider-Man Ultimate 50 MyStamp set in conjunction with Singapost – limited to 2000 pieces worldwide!

What are you most excited by?