Hey there, Happy New Year everybody! Hope I’m not too late for the party. Here are a couple of comic book titles that blew me away during the last week of 2011. 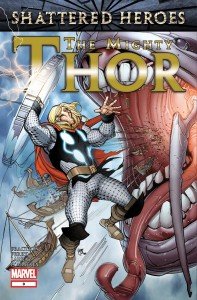 The Mighty Thor #9. This ongoing series by writer Matt Fraction started with a Galactus vs. Odin story arc that I found a little hard to swallow (yes, there’s a Galactus joke in there) so I was all ready to drop it if not for the clean, eye-catching art by Pasqual Ferry and Pepe Larraz. I stuck around for this next storyline and boy, am I glad I did.

After the events in Fear Itself, Thor was declared dead (about as dead as the Human Torch if you know what I mean) but just as his funeral pyre was set alight, not only did the body disappear but also all memories of everybody’s favorite Asgardian. At that instant, a new Asgardian named Taranus magically shows up and everyone from the Avengers to the Warriors Three all suddenly remember this newcomer as the one and only true Thunder God. No one has any memory of Thor, no one except Loki.

So with that simple setup, I was hooked. No one knows who Thor is or was, now why wouldn’t that work? I mean if Doctor Strange can wave his hand and make everybody forget who Spidey is, why can’t someone else do the same to Thor? And like the boy who cried ‘wolf’, you got a preteen Loki, God of Mischief, trying to do the right thing. Like I said, an interesting plot with lots of exciting possibilities. Taranus’ true identity was revealed last issue and should be familiar to all Thor fans. Nice to see Fraction wasn’t going to drag the mystery out too long. That’s why I’m enjoying this, things are happening and moving along at a exciting pace.

Now I’m sure by looking at the cover of this latest issue, you can tell Thor ain’t exactly six feet under. A semi-amnesiac Thor is still doing what he does best, only in another dimension. It certainly looks like Fraction is having a blast stringing all the plots or storylines here. But some seem to work better than others. Like I’m really digging the one with the All Mother taking charge of new Asgard now that Odin is gone. However, am not really digging the one with Silver Surfer getting stuck on Earth (again) and despite being here a gazillion times, Fraction is writing him like Mork minus the comedy.

Overall, a totally entertaining issue and definitely a title to look out for in 2012. 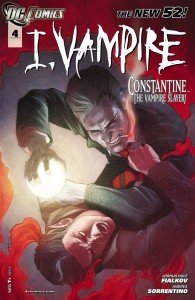 I, Vampire #4. To me, this is how I imagined Twilight would be if the books were written for readers who have at least reached puberty.

Here in I, Vampire, we got vampire boy and human girl falling in love, boy turns girl into vampire as per her request. But she becomes a power hungry evil vampire queen and now vampire boy has to stop her. Simple right? Then you throw in some good characterizations, a compelling storyline, lots of blood and in this latest issue, DC’s resident badass magician, the one and only John Constantine.

When this title was first announced, almost everyone thought it was a strange or even bad addition to DC’s new 52 lineup but it has proven to be one of the stronger, critically acclaimed books. You can also tell that folks are happy with it cos writer Joshua Hale Fialkov and artist Andrea Sorrentino are still on the book, unlike some of the other poorly received new 52 titles that have already changed creative teams.

Anyway, in this latest issue, we take a little detour from hero vampire Andrew’s ongoing crusade to put a stake in former lover Mary’s heart. Andrew meets up with another wandering vampire and gives some well-intentioned life coaching tips; the kind only vampires can give. Unfortunately things don’t exactly turn out the way Andrew expected, especially the part where a blond English magician shows up. All in all, a good short breather that delves deeper into Andrew’s already tortured psyche.

Fialkov is so far doing a solid job, building it all up to an inevitable clash between Mary’s vampire army and Andrew’s rag-tag team of vampire hunters. Even with this little breather, the main plot still moves forward. Sorrentino’s art is very Jae Lee-like, dark, moody and grim which actually suits me just fine and pretty appropriate for a vampire title too.

Together with Animal Man and Swamp Thing, I,Vampire rounds up my highly recommended (unholy) trinity of new DC horror titles. Try picking up a copy if you can, this is horror done right in a super-hero setting. 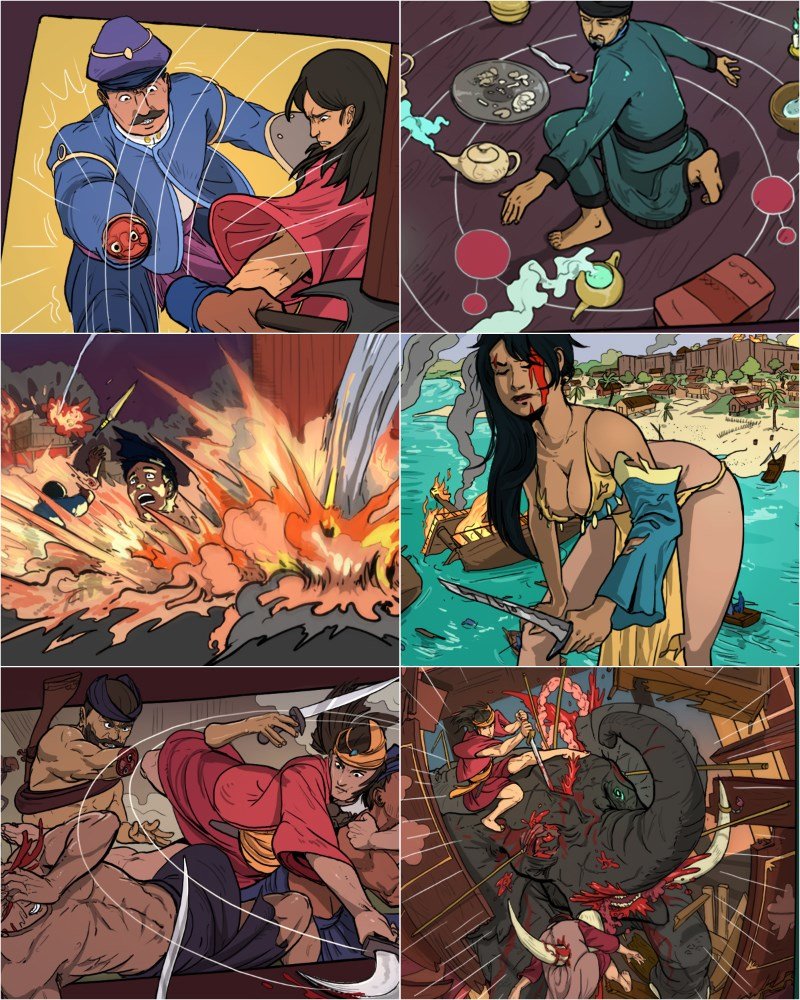 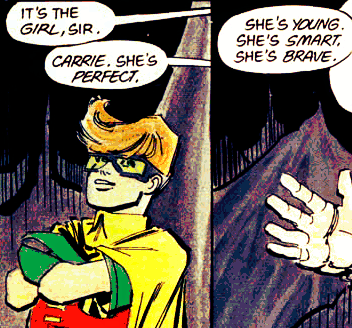 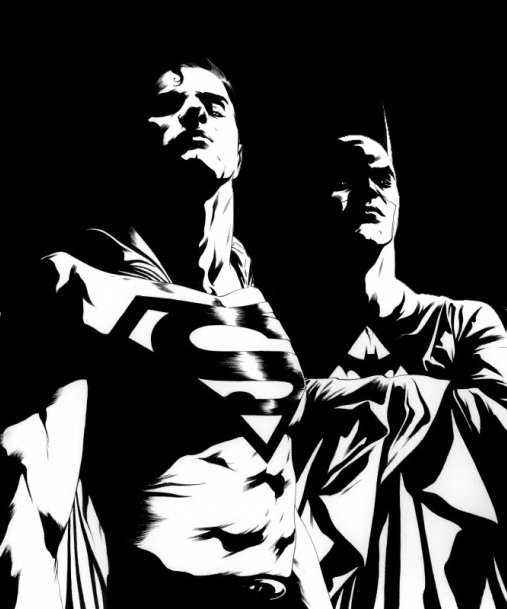